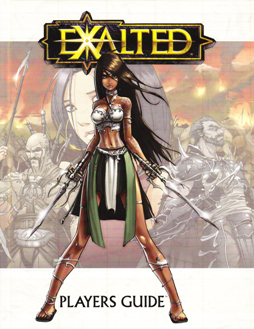 Last week I kicked off the Art Evolution blog series, explaining my plan to collect ten of the greatest fantasy role-playing artists for a shared project to illustrate a single character in their best known style. For my first installment I chose Earthdawn and Shadowrun artist Jeff Laubenstein.

With Jeff Laubenstein and a ‘Shadowrun Lyssa‘ in the fold, I took stock of my list and imagined how I would gain other universally recognizable names. I determined that each name carried a ‘weight’, a kind of industry standard validity recognizable to other artists.

Remember, I was working this alone, without a single writing credit to my name, so I had to find legitimacy where I could. Understanding that, and without a previously established friendship with the lion’s share of these artists, I needed a greater combined ‘weight’ of already contracted artists to approach the next heavier weighted contributor on my list.

At this point I only had a single artist signed so I went back into the few art connections I’d made during my time trying to market my other writings. Like most struggling writers in their publishing infancy, I believed there might be a shortcut or magic bullet to getting published. J.K. Rowling couldn’t buy bread before Harry Potter, but she went out and purchased a lovely red transparent folder to place her Potter manuscript in before she sent it to a perspective publisher. 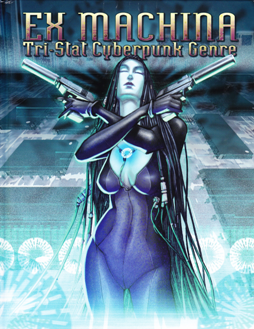 She was promptly rejected, and to her shock they didn’t return her lovely and expensive folder. Lesson learned, no matter how you spruce up your writing, it has to stand on its own.

I learned this myself during the middle of the decade, thinking that if I hired artists to illustrate my writing then I would surely get a leg up on the competition, right?

Wrong, there are no shortcuts or back doors, you have to write exemplary work, period, and the art is always discarded by prospective publishers.

Before I discovered the error of my ways, I’d still hired out some freelance work in 2008 to Canadian fantasy artist Eric Vedder for a manuscript I began in 06. Although he’d worked with me on black and white images, I was convinced he could do a wonderful color Lyssa. My mind went to a kind of Gandolfian-homage with an angelic and mischievous tinge and I convinced myself Vedder needed to be among this collection.

I’d first seen Eric in some of White Wolf’s Exalted supplements in the mid-decade, and he was on the cutting edge of a new breed of artists I referred to as the Animation-Hybrid. 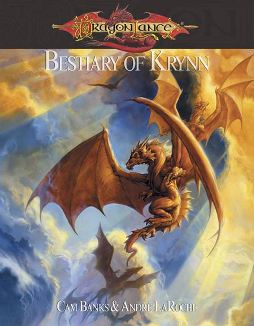 The style was a kind of cross between Disney and Manga that was trending into the role-playing marketplace, and Vedder lent well to it from the cyberpunk world of Gaurdians of Order’s Ex Machina to the war-torn lands of Dragonlance.

Vedder might not be a household name, but he was a stalwart in the industry, did fantastic work, and I was pretty sure I could get him to color Lyssa without much trouble.

Another email exchange followed. I spoke to him of other artists, thirty years of RP art, and what the article might mean for him.

He humored me to the best of his ability and asked about the colors I wanted. I had to laugh because Vedder is a comic man by trade and like most comic artists he didn’t understand the purpose or heady value of the RPG talent I was proposing. To him I was just another crazy author working with some ‘old coots’ on a project that pre-dated his existence on this planet.

Still, he agreed to participate and I had a second contributor who I could showcase in later offers to the remaining artists on my list, a list that changed almost daily in the agony of keeping it at a maximum of ten… 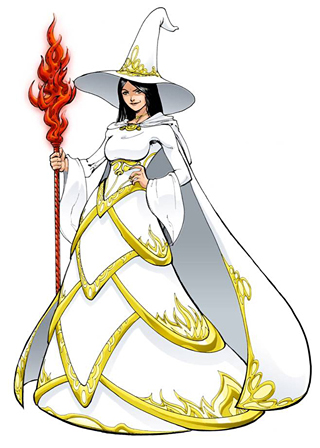 Eric entered the field behind a new era of technology. Role Playing was developing faster than anyone thought with WOTC’s Open Game Licensing of 3rd Edition D&D, and art was being devoured all over the world for use in fly-by-night publishing. Artist clearing houses such as DeviantArt were creating cut-throat bidding wars, and suddenly established artists in the U.S. were pressed by a world of new talent that was only a click away and a quarter of the price.

Still, Vedder rose to the challenge and White Wolf brought the pure essence of digital art to their anime-styled Exalted RPG. His style is crisp, his lines polished, and his colors smooth as glass. Such is the purity of graphic design, a wave of the future, and one that will certainly continue to press the envelope of the industry as we turn the clock to the second decade of the 2000s.

His figures shine and transport us to brighter times and there’s no stopping the sense of comic polish. This comic nature gives each image a kind of framed appeal as though we should see words rising in bubbles from their heads. Vedder captures action and facial emotion like a master, his women lean and busty in the likeness of epic comic vixens and his men broad and square-jawed warriors that rival the Spartan’s of Miller’s 300.

Still, he is a humor caster, an artist for flare, and while his contemporaries fought their way from the sex and shadow of the late nineties, Vedder breaks new ground by showing us the fun of fantasy. There is no lurking ugliness in Eric’s digital world, only light and streamlined characters, silken gowns, and shining weapons. Yet while Vedder’s practiced pen created the Manga rebirth of Asian inspired style, there were many another behemoths of creation rising from the dice fields of 3rd edition and I was on the hunt…

Eric is currently knee deep in projects as well as working on freelance commissions. His online comic, Aardehn, can be found at aardehn.txcomics.com, and he can be contacted at www.ericvedder.com

I love this incarnation of Lyssa, so different from Laubenstein’s vision! I have a Superman cartoon cell hanging up on my wall, and this Lyssa could well fit into that world. Cool.

I didn’t know that about Rowling…did you make that up?

I’m glad you enjoyed it. Yes, it is true about Rowling, I saw it in a TV interview and was blown away by the tale.

I wonder how hard those who rejected the manuscript have kicked themselves over the years. It makes me chuckle to think about.

I’ve talked to a few publishers during my day, and my favorite question to ask is ‘so, who have you TD’d?’ To this date, Robert Jordan was the biggest name I’ve gotten, but man, I think the person who turned down Potter from Rowling probably hung themselves. Or beat themselves to death with a very nice manuscript cover.

[…] single character in their most recognizable style. So far, the list has included Jeff Laubenstein, Eric Vedder, and Jeff Dee, with this week adding again to that prestigious […]

[…] single character in their most recognizable style. So far, the list has included Jeff Laubenstein, Eric Vedder, Jeff Dee, and David Deitrick with this week adding the first female name to our list of esteemed […]