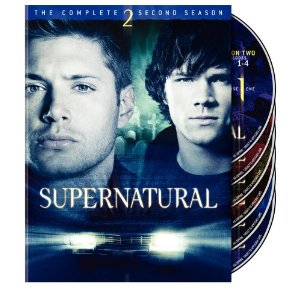 When last we left Sam and Dean Winchester, they’d rejoined their father, John, and confronted the demon that killed their mother (a demon with glowing yellow eyes, named Azazel), but the demon got away. Season one ended with their car being slammed into by a semi being driven by a demon.

Now, allow me to spoil a couple more seasons of the show, before the season 6 premiere on Friday.

Season two starts immediately after the accident, with the demon trying getting out of the semi to kill them. Sam, however, is conscious, and he’s able to chase the demon off with the Colt. (Remember, the Colt is a special gun they located which can kill any demon.)

Dean and John are not in such good condition. They’re airlifted to a hospital, but Dean is in real bad shape. In fact, he’s having an out-of-body experience, and the body is dying. It turns out, in fact, that there’s a reaper (of the grim variety, though in the form of an attractive woman named Tessa) hanging around to convince Dean to move on.

Meanwhile, back in the corporeal plane, the hospital-confined John asks Sam to get him some supplies for protection, but Sam discovers that they’re actually components needed in a ritual to summon Azazel. Sam – who has some serious Daddy issues on the best of days – gets angry with his father, thinking he cares more for revenge than for Dean’s life.

The second season focuses on two things: Dean’s guilt about John’s death and the growing awareness that Azazel has plans for Sam. In fact, it turns out that Sam has some psychic abilities – premonitions and things hinted at in season one – and that he’s not alone. Azazel has a whole army of kids that he’s cultivated to have demonic powers.

In the season finale, Sam dies, and this time Dean makes a deal with a demon to bring him back. The deal: Dean gets one more year of life, then he’ll die and his soul will be taken into Hell.

Dean and the newly-revived Sam then head off to confront Azazel, who is opening a portal into hell itself, so that he can bring pure demons out to walk the Earth and serve him. The plan doesn’t go quite as expected. The portal gets opened, but one of the creatures that comes out is John Winchester, just long enough to attack Azazel and save Dean’s life. John then fades away, apparently finding some sort of peace (and, presumably, not returning to servitude in Hell).

So Season Two ends with Sam and Dean back on the hunt, but with a lot of changes. They have the Colt again (having taken it from Azazel). The demon who killed both their parents has been destroyed. All is good … except for the fact that Dean only has one year left to live. 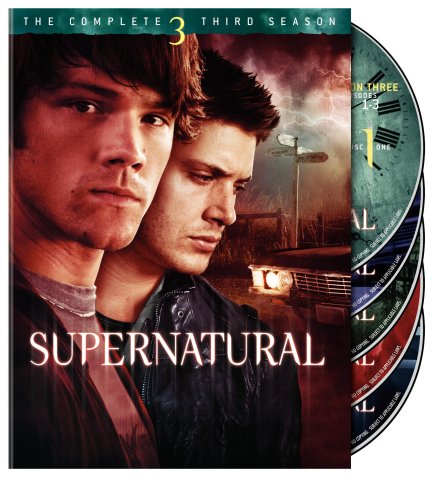 Honestly, the story arc in season three wasn’t particularly impresisve to me, although each individual episode was generally very good.

The third season basically amounted to a long, slow march toward Dean’s inevitable death. This theme did begin to get tiresome here and there, as if maybe it was played out, but they did bring in some good ideas about how to manifest the pathos of Dean’s situation.

There are some important plot elements that come up this season. A demon, Ruby, returns to the show … except she seems to be helping the boys now. She modifies the Colt (which was out of bullets) so that it can still kill demons and begins tutoring Sam in how to tap into his inner psychic powers to attack demons with his mind.

Still, one of my favorite episodes of the series comes from this season: “Mystery Spot,” a sort of darkly quirky Groundhog Day style story where Sam watches Dean die over and over.

No big surprise, the season ends with Dean being killed and pulled into hell by a hellhound. (What part of “inevitable death” did you not understand?)

[…] I described the second and third seasons of Supernatural which all built up toward Dean Winchester’s death, as part of a demonic deal […]