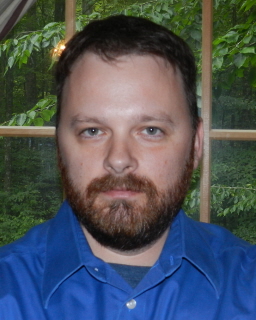 A master swordsman finds himself caught in a web of deceit and intrigue in Jason E. Thummel’s fast-paced tale of action in a violent city.

Androi Karpelov watched with detached calm the youngster’s cool and confident demeanor slowly erode, and felt a certain amount of empathy. But not much.

“Do you yield, Sir, and admit that the insult which your patron directed at my liege was incorrect and entirely without merit?” It was a formulaic question which Androi had asked times beyond count.

“Sir?” his opponent wheezed, keeping up a respectable guard despite the obvious signs of fatigue. “I fear I cannot. It is to the death.”

“Ah, then… ” Androi paused. “I suppose your last lesson will be that it is foolish indeed to undertake such a contract when you will be matched against your superior. Shall we?”

The boy nodded in acknowledgement. He took one deep and lasting breath, glanced over his right shoulder to where a young woman watched, striving to quench her great heaving sobs with a small silk kerchief, gave her a short curt bow that almost broke Androi’s heart, and then came at him.

Androi allowed him some ground, parrying and dodging with a show of far more concentration than he felt. The swordsmanship was truly uninspired and his muse had abandoned him. It was all for the best, he supposed, for it gave the lad some time to make an impression on the young woman. Perhaps she would remember him, but most likely would find herself another to whom she would attach her dreams in short order. Such always seemed to be the way.

Jason E. Thummel’s fiction has appeared in Rage of the Behemoth, Flashing Swords magazine, and Magic and Mechanica. His first novel, The Spear of Destiny, was published in 2011 and his short story collection In Savage Lands appeared earlier this year.

“The Duelist” is a complete novelette of adventure fantasy offered at no cost. You can read the complete story here.

Thanks for the tale, Jason — and congrats on bagging BG online’s first out-of-the-gate regular fiction slot!

I finished reading this story last night. I particularly liked the cadence of the language, which gave it an archaic feel. I also enjoyed Androi as a character. I do wish the wizard had appeared earlier, though, to better foreshadow his interaction with Androi.

Hey, shouldn’t we be able to comment on the story itself?
If this is the only place we can leave comments on a specific tale we’ll soon be several pages back and newcomers will miss out on both comments and commenting themselves.
And that will never do.

That was a topic of some debate around these parts.

Knowing how argumentative fandom can be, we wanted to provide a place for readers to make comments, and also a clean stage for the fiction, where we didn’t have to worry about trolls and such in the audience.

This is what we came up with. The story is presented without comments, and a COMMENTS link at the bottom links directly back to this page, where all the comments are aggregated in one place.

Hopefully this is a clean solution. Let me know what you think.

That’s a fine solution. I just… missed the comments link at the story’s end. Sorry.

Makes great sense to let the tale stand alone. Black Gate hasn’t drawn much trolling, but it’s easy to imagine some of the internet standard Critics with Capitals showing up to leave their mark on the tale itself if they could.

> I just… missed the comments link at the story’s end. Sorry.

Er, no you didn’t. I was writing my last comment when it dawned on me that I had forgotten to include a link to the Comments here. So thanks for bringing that to my attention!

[…] • This magazine begins posting original fiction on its website starting Septembeer 30th, with The Duelist by Jason E. Thummel. • Stories, including novel excerpts, will be posted each Sunday. John […]

[…] first Online Fiction Feature of 2012 was Jason E. Thummel adventure fantasy novelette “The Duelist,” posted last Sunday. Adventures Fantastic was one of the first to review it this week: Was […]

A fine story–compelling and exciting. My full review is at:
http://keltickarnival.blogspot.com/

[…] in the past 12 months — including the debut story in the Black Gate online fiction line, ”The Duelist,” which Adventures Fantastic said “Set a high standard,” and two stories […]