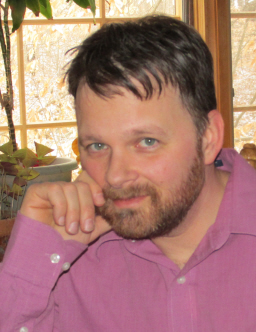 An action-packed tale of a battle at sea, a desperate swordfight on wind-swept decks, and dark sorcery hidden in the depths of a strange vessel.

The gun port was thrown open and the towmen sent the cannon’s barrel through the open port. Clap gazed down the barrel and could see the hull of the other vessel just out of range riding high and asking for it. It was a ship of similar size, two decks above the waterline, each with ten ports open and guns run out even as he watched. She was flying unfamiliar colors and her paint seemed of foreign design. The trigger rope itched in his hand, begging him for release.

“As she bears and on the roll, boys,” came the command. Clap took one last aim, hoping for the mainmast, stepped aside and pulled.

“The Gunnerman” is a complete 5,000-word sword & sorcery tale offered at no cost.

After reading his short story collection “in savage lands” and these two stories I’m starting to take notice when I see the name thummel.

Glad to hear it. We’ve got one more story from Jason coming up this Spring — stay tuned!

His recently released, Sword & Sorcery collection, “The Harsh Suns” made me not only take notice, but look for more stories under the name Thummel.
😉

I’m very glad to hear that you’ve enjoyed some of my tales and I thank you both for the support (and taking the time to comment). I appreciate it.

[…] Clap, the hero of “The Gunnerman,” returns in a tale of a daring night assault on a cliffside […]

[…] Fantastic said “Set a high standard,” and two stories of Gunnerman Clap, “The Gunnerman” and “Assault and […]