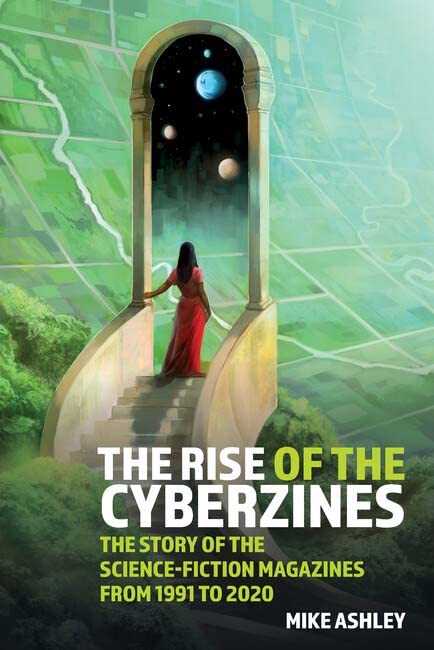 The Rise of the Cyberzines: The Story of the Science-Fiction
Magazines from 1991 to 2020, Volume V of The History of the
Science-Fiction Magazines (Liverpool University Press, April 1, 2022)

Writing as Todd McAulty, I reviewed the first two here back in 2018:

Lost Mars: The Golden Age of the Red Planet, which collects pulp-era tales (and pre pulp-era tales) from Wonder Stories, Amazing Stories, Astounding, and Worlds of If, was published in April 2018. Its sister anthology Moonrise: The Golden Era of Lunar Adventures, with stories from F&SF, Amazing, Tales of Wonder, Astounding, New Worlds, and Fantastic, arrives in September. Both are part of the British Library Science Fiction Classics, which I’ve never heard of, but for which I immediately have a deep and passionate love. Near as I can figure out, it’s a relatively new imprint devoted to early 20th Century SF. Or maybe just stories of Mars and the Moon, I dunno. But either way, love love love.

These are very welcome books. They include tales of adventure and exploration from the pre-spaceflight era (the most recent stories are from 1963, only two years after the start of the Apollo space program), which means they’re not particularly concerned with getting the science right. Scientific verisimilitude was the province of late 20th Century SF; these stories concern themselves chiefly with imagination and adventure.

And when it comes to the Moon and Mars, human imagination has been pretty darn fertile. These books contain some of the greatest SF ever written, including Arthur C. Clarke’s brilliant tale “The Sentinel,” which inspired 2001: A Space Odyssey, and Stanley G. Weinbaum’s groundbreaking “A Martian Odyssey,” which Isaac Asimov said, “had the effect on the field of an exploding grenade. With this single story, Weinbaum was instantly recognized as the world’s best living science fiction writer.” There’s also a Martian Chronicles tale by Ray Bradbury, an excerpt from H.G. Wells’ classic First Men in the Moon, and stories by Walter M. Miller Jr, J. G. Ballard, Gordon R. Dickson, Edmond Hamilton, John Wyndham, E. C. Tubb, and many others.

These books deserve a more detailed inspection than I can give them here (especially the monster and evil AI volumes — I’m dying to get to those). I hope to dig into them individually in more detail here in the coming weeks and months.

But for the time being, here’s a quick list of the all ten anthologies:

All ten volumes were published by British Library Publishing. Most have a cover price of £8.99 in paperback (Amazon charges $14.95-$16.95 in the US), and £2.99 for the digital versions (when available). The last three (Nature’s Warnings, Spaceworlds, and Future Crimes) are priced at £9.99.

The non-fiction volume is:

I don’t know if there will be any more forthcoming in the series; the last one appeared in May of last year. But I’ll keep an eye out.

i think i ownfuture crims somewhere, or i get it mixed up with the azumov collection about the same subject matter. will have to check it out though, always on the hunt for future detective/crime stuff.

after a quick check, Future Crimes is in kindle unlimited so i might check that out this weekend, thanks! 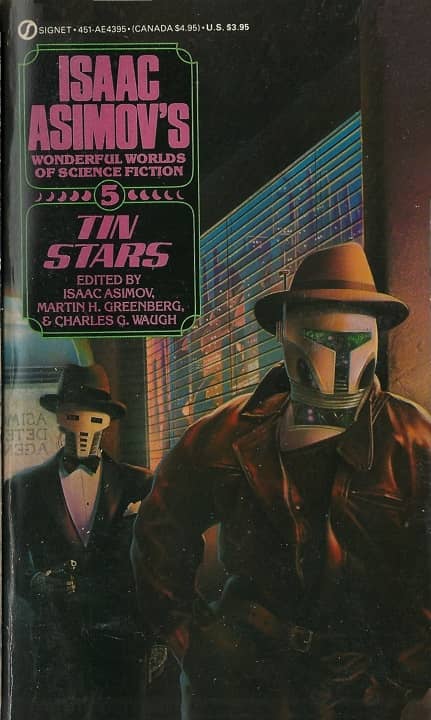 If you, you have a good memory — we covered that way back in January!

that must be why i have it, actually got it in paperback too, hahaha

I was wondering when you would do a piece on these. I have three (Moonrise, Menace of the Monster, and Lost Mars) and will probably get more. I likely already have most of the stories in other places, but to paraphrase Doctor Zira, as books they’re “just so damned beautiful!”

And even though, like you, I have a lot of these stories already, the books are well worth the purchase for more than just the handsome packaging. I should have mentioned Mike Ashley’s fine editorial sense, especially if you enjoy pulp-era SF — and that there’s a lot of editorial content in these books.

Picking up MENACE OF THE MONSTER just as an example, I see that it has a 24-page intro from Mike, as well as lengthy introductions for each story. All told, nearly 40 pages of informative and entertaining editorial content. Besides, you just don’t find many modern editors with a love (and deep knowledge) of pulp-era SF and fantasy these days. Treasure them when you do!

Those are some gorgeous covers.