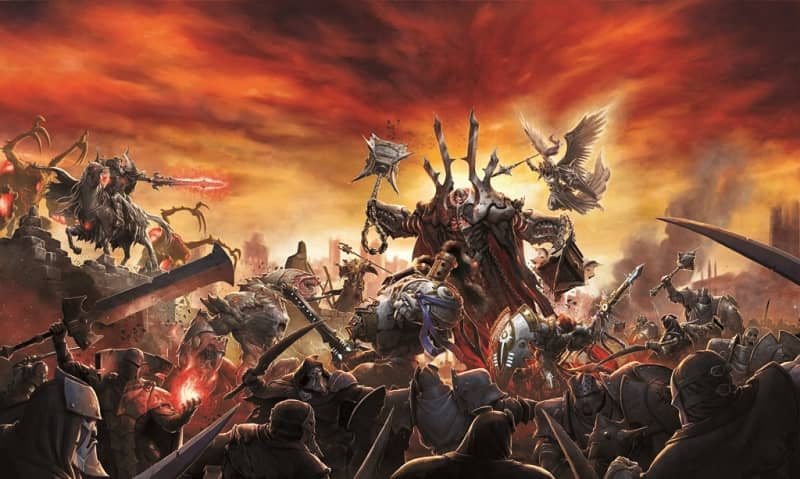 Fast forward over a decade, and Privateer has expanded into a wealth of other types of games. They’ve created fun standalone games in their Bodger Games imprint, expanded the storyline of their Iron Kingdoms setting through the novels of their Skull Island fiction imprint, and also created a bunch of science fiction horror games in their line of Level 7 series. Their Monsterpocalypse, now in a new and updated second edition, allows players to battle it out as giant mechs and kaiju-style monsters across devastated cityscapes. 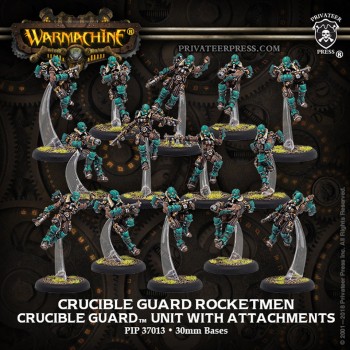 Through it all, Privateer Press maintained their focus on the core Warmachine and Hordes games. A steady stream of new, though often more limited, factions … the elven Retribution of Scyrah, the clockwork Convergence of Cyriss, and the dark fae Grymkin … have kept players engaged, along with updates and new releases of models for their existing core factions.

I’ll confess that I wasn’t an avid player for that whole time. For the better part of a decade – mostly coinciding with my kids being young – I had little time to devote to painting the miniatures I had, let alone to playing the game. My enthusiasm returned at GenCon several years back, when I learned about the upcoming Crucible Guard faction, alchemists who wield their explosive and corrosive weaponry across the Iron Kingdoms, along with their units of Rocketmen. This helped revitalize my interest in the game, and for the last couple of years I’ve had a monthly Warmachine and Hordes game (colloquially called Warmahordes) with several friends.

Despite some major plotline revelations that have been reflected in the game with new miniatures, the new faction released in fall 2019 represented a more substantial transformation in their game setting. The Infernal faction uses mechanics distinct from the Warmachine or Hordes factions, though they are compatible with both. These Lovecraftian monstrosities devour souls, and the narrative of the Iron Kingdom is shaken by their arrival. Kingdoms have fallen. Enemies have united. The story begins in the campaign book for Warmachine: Oblivion, but continues in regular postings through the HengeHoldScroll Twitter feed. If you want to play on the side of the Infernals, you can either assemble a full Infernal army or you can play with existing factions who are either assisting or being manipulated and corrupted by the Infernals. 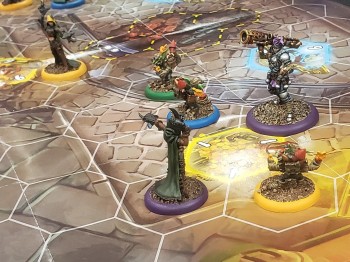 The end result of Oblivion isn’t entirely known yet, but another GenCon 2019 release gave hints of the post-apocalyptic reality that we can expect moving forward. Riot Quest is an arena battle game where you move through a map with miniatures to try to gain more treasure than your opponents. The models available in the Riot Quest core game or from the various expansion boosters are usable not only within Riot Quest, but also as solo models within Warmachine and Hordes. They’ve just recently announced a second wave, Wintertime Wasteland, that will include a new starter box and series of individual model expansions.

If you think that sounds good, then you’ll really want to see what they’re working on next … the science fiction miniature wargame Warcaster.

[…] (Black Gate): For twenty years, the folks at Privateer Press have been creating games, primarily set in their […]

[…] (Black Gate): For twenty years, the folks at Privateer Press have been creating games, primarily set in their […]