Fantasy readers, like those who dwell together here at Black Gate, are long familiar with notions of heroes and the heroic. Each of us might have our own ideas about what makes a hero, but we would likely find common ground in a discussion of the matter.

That being said, is there any doubt our world today is in need of heroes? Heroes do continue to exist in our entertainment, but often enough they are flawed or irrelevant or humorous to the point of being more pastiche than worthy of admiration. Obviously there are examples of the upstanding hero, yet they seem few and far between compared to our increasing occupation with the deranged or the out-and-out vile. It seems we are more often rooting for the fellow behind the hockey mask or clown makeup than we are for the character who boldly steps forward to set things right in a dark world. Too often our heroes seem to stand alone, if they stand at all.

Fans of Sword & Sorcery literature might find the name of RBF sounds somewhat familiar. The reason for this is RBF is the not-for-profit sister to Rogue Blades Entertainment (RBE), a for-profit publisher of S&S material for more than a decade now. The goals of RBF and RBE are slightly different, thus it made sense to separate the two. RBF will focus upon larger impact projects that would generally be beyond the scope of RBE’s capabilities and intent. 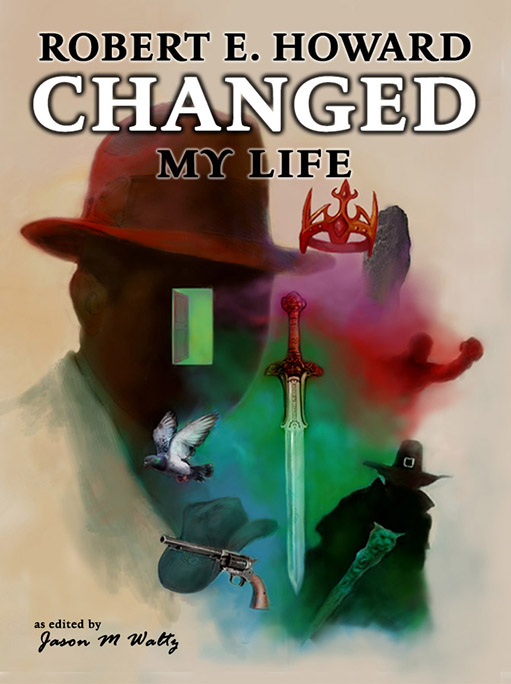 But why should Rogue Blades Foundation exist in the first place? To embrace and promote heroes and heroic characteristics. To positively impact humanity’s present and future by providing readers with examples of the truly heroic. RBF will seek out and publish strong examples of heroes and heroic ideals with the intent of impressing upon the world, especially today’s young people, the importance of all things heroic, to build more readers and to develop those readers into the leaders our world needs.

All of this might sound rather high minded, but it doesn’t have to be. For readers to fall in love with the written word, it will be necessary to provide readers and potential readers with literature that stimulates intellectually and/or emotionally. Such art would best present the heroic values RBF hopes to engender.

To cut to the nitty gritty, Rogue Blades Foundation seeks to publish rollicking, fun adventure tales and intellectual non-fiction with a focus upon heroic ideals. Recently I attempted a definition and a defense of such ideals, but to dial it down to a nutshell, the heroic ideals can be comprised of integrity, credibility, stewardship, leadership, ethics, loyalty, courage, steadfastness, and most importantly, love. As a non-profit organization, RBF pursues a vision of a universal embrace of the heroic found within literature.

All of this might sound interesting, but what does it mean for you, the reader? First off, it means you can expect some interesting fiction and non-fiction in the upcoming future. Secondly, if you are interested in helping to spread heroic ideals, there are a couple of ways in which you can help RBF with its mission. You could join RBF’s Ring of Heroes, allowing you to directly donate to the cause, but you could also become an RBF Companion Member, allowing you to receive excellent publications in book form directly from RBF and immediately impacting the success of RBF’s mission of ‘Putting Heroics into Reading.’

As founder/executive director/president Jason M Waltz says, “Why are we determined on putting heroics into reading? We want to create books that aren’t forgotten, books that are not just set on a shelf – no matter how delightful the display – and never read. Our books should be enjoyed, should look read, should be read, and should inspire people to do and be more.”

For the immediate future of RBF, two books are already in the works. The first to be announced is Robert E. Howard Changed My Life, a collection of personal essays exploring the influence of Howard and his characters on the lives of the more-than 30 contributors to this publication. You might recognize some of the names associated with this book, such as Michael Moorcock, Howard Andrew Jones, Steven Erikson, and Adrian Cole.

For further news and information regarding Rogue Blades Foundation, please check out the RBF web site or the RBF Facebook page.

Reassuring news. One area where S&S lags behind epic fantasy is its dearth of appropriate role models – imagine if somebody tried to follow the example of a bloodthirsty opportunist like Conan. Or a genocidal madman like Elric. Or took up professional thievery like two of Lankhmar’s best known citizens. Don’t even get me started on Kane….

Not before time! One area where S&S lags behind epic fantasy is its dearth of appropriate role models – imagine if somebody tried to follow the example of a bloodthirsty opportunist like Conan. Or a genocidal madman like Elric. Or took up professional thievery like two of Lankhmar’s best known citizens. Don’t even get me started on Kane….

Sword & Sorcery seems to have been slumbering at the bottom of the ocean and waiting for the stars to be right for decades. And the heroic fantast genere seems to have been almost vanished as well in recent years. The last books that really made a splash seem to be from the early 90s.

I’d love to hear more about what little is there of it today, and even an advertisement is a nice thing to find at Black Gate.

I’ve been thinking about what Sword & Sorcery for the modern day would be like a lot over the last years. And I think it wouldn’t really need to change much in it’s content. Only show a bit more sensitivity in how it choses to describe women and foreigners. I think it’s the 1930s vocabulary that has an instinctively offensive ring to us now, but I found Robert Howard to be delightfully progressive in the statements he made about people, even by today’s standards. (Women seeming like background decoration in Elric stories are a different matter, though.)
I’m not quite sure why no Sword & Sorcery has been finding public notice since the 80s, but I think it’s really just a matter of current fashion. People keep looking for more of the thing they just enjoyed, and Epic Fantasy has been all the rage since the Lord of the Rings movies. Sword & Sorcery is being ignored because the public has forgotten it exists. There’s plenty of Conan adaptations because that’s a well known brand name with no copyright, but that somehow doesn’t translate to people making new works in a similar style. The one shining light would be the recent adaptations of The Witcher, but those books are also already pretty old by now.

S&S has never gone away, but it’s certainly not mainstream. The leviathan of Epic Fantasy, Grimdark and Urban Fantasy casts a long, dark shadow over other forms of fantasy, but S&S has not withered out completely. A small but strong following of devotees continue to keep the flame of S&S burning, especially the folks at RBE and other genre publishers. This latest announcement only bodes well for our favourite form of fiction; I predict only continued growth and success with the efforts of the folks at Rogue Blades and others as they promote and expand S&S. Keep it up!

The big problem is that LOTR has become the primary template by which most fantasy works are judged, so that there’s less demand for stuff that’s shorter and lighter in tone (or so I reckon).

The short story magazine medium might have no real market currently and people want big books. But there’s always the real option of writing books consisting of three or four stories each. If you write them with a consistent cast of characters to get a book like The Last Wish, I think it’s much easier to find an audience than trying to sell single pieces to magazines (that nobody reads).

Yup – also more effective if it’s the same character throughout.

I fondly remember when fantasy wasn’t all dark and grim. Sure, there were bad guys, dark ones, but there was also light and beauty. *SIGH*

There are so many things I want in fantasy that you don’t see these days. And I am sure I am not the only one who wants to read about them.
But turns out, writing fantasy is actually a bit hard.
And it’s even harder when you have very few examples what a story with those ideas could look like. I’d love to write modern Sword & Sorcery that is fun adventures with exciting supernatural elements. But it’s difficult when the only references you have are some of the Conan stories.

Thanks for all the thoughtful comments. Fantasy means a lot of different things to a lot of folks; Sword & Sorcery even moreso. RBF will bring heroes of all shapes, sizes, styles, and sensibilities, including S&S goodness.

As a special bonus, today only on Cyber Monday, here’s a new FREE SHIPPING in the U.S. deal at RB https://rbe-rbf.wixsite.com/rogueblades/post/cyber-monday-free-shipping-deal-on-pre-orders

Great news, Jason and Ty. Yours is a wonderful concept long overdue. The world needs heroic fiction more than ever. Having enjoyed writing a piece for Jason’s Writing Fantasy Heroes, I look forward to many and varied stories and opinions from this new venture – Janet Morris

Stoked by your words, Janet, thank you!