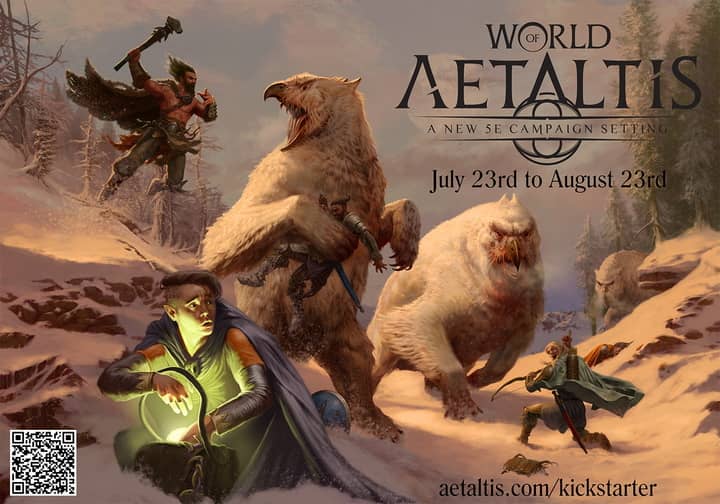 I’ve been pretty excited about Marc Tassin’s Aetaltis for years, and I’m thrilled that his Kickstarter has launched at last. Once you hear his take on heroes, you’re likely to be interested yourself. Take it away, Marc!

The world needs heroes. This is the simple premise upon which I built the World of Aetaltis. Especially today, at this moment in history, we need reminders that with the will, the desire, and the determination, one person truly can make a difference. And I don’t mean at the super-heroic level, where larger-than-life protagonists save the entire world with their daring. I mean right here, right now, where one small act of courage can change even a single life for the better.

That is why I chose to launch a new heroic fantasy setting at a time when anti-heroes rule and shades of dystopia permeate every story. Because I don’t think we’re tired of heroes. In fact, we need them now more than ever.

Aetaltis is a world that is coming apart. Powerful forces of evil, once thought banished forever, are back and threaten everything the Aetaltans rebuilt after the last great cataclysm. The leaders of the new kingdoms, prelates of the religious orders, and masters of the great merchant houses claim they are fighting this rising tide of Darkness, but in truth most are unable — or perhaps, unwilling — to risk everything to stop it. Even worse, some may be complicit in the growing corruption facing the world.

So when an ancient ward falls and a horde of goblins and orks burst forth from the Deeplands, who will defend the isolated village in the foothills of the Donarzheis mountains? When a child is kidnapped by a strange shadowy creature and whisked away into the ruins of a once-great dwarven hold, who will sacrifice their lives to save them? Or when bandits, taking advantage of the fact the Queen’s forces are off battling an army of endrori, threaten the lives and livelihoods of the people back home, who is there to throw them back?

You. You are the hero that stands up to fight when no one else will, the courageous soul who recognizes if you don’t stand up to stop the Darkness, who will? This is the underlying theme for roleplaying games and stories set in the World of Aetaltis. It is not a world of flowers and sunshine, but it is a world of hope. 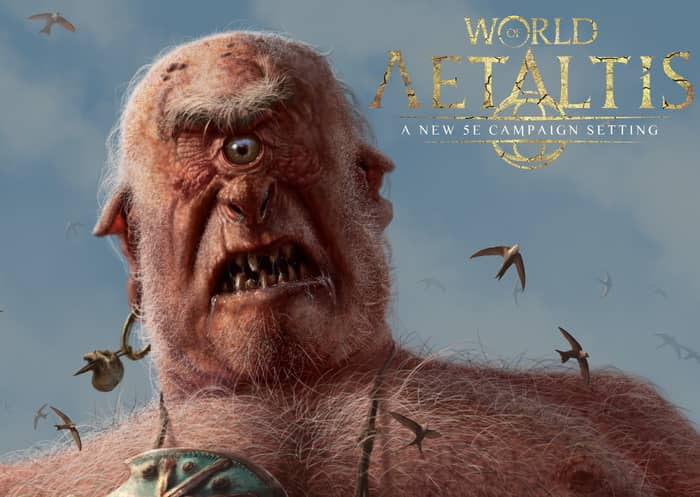 The tale is played out on a classic heroic fantasy stage. It embraces the tropes and traits that made fantasy so popular and remasters them into something totally new, yet at the same time intimately familiar. There’s a reason archetypes like ethereal elves and dour dwarves persist in our imaginations. They are powerful and important and say something about who we are, and it’s worth the effort of weaving them into fantasy worlds in a way that feels right.

These are a few of the reasons I’m swimming against the tide of popular fantasy trends to create a world that hearkens back to the roots of the modern fantasy genre. These things are also why I’m creating a role-playing game setting, rather than a universe purely for fiction. With a roleplaying game, people are active participants in the creative process.

That isn’t to say there isn’t a place for fiction. On the contrary, great shared world fiction is the spark that lights creative fires in the minds of readers and gamers alike. It’s why I already released a short fiction anthology, Champions of Aetaltis, filled with heroic tales that take place in Aetaltis. Great fiction and great game settings go hand in hand, each lifting the other and making a richer world.

So I invite you to join me and the many creative people who are working together to build a fantasy that reminds us heroes are real, hope is powerful, and all it takes to stop the forces of Darkness is one person willing to risk it all to help the person standing beside them.

I’m making it a priority to track down Marc next Gencon to play this. He had several sessions this year that I could not make. Haven’t played in-person D&D for decades (went the video game route while raising a family). Anyway, his love for board games is infectious, and Aetaltis seems designed to welcome folks back to classic gaming. Great art, and a ton of stories to go with it (I have the anthology “Champions” already). Only 3 days to go! Check out those stretch goals.