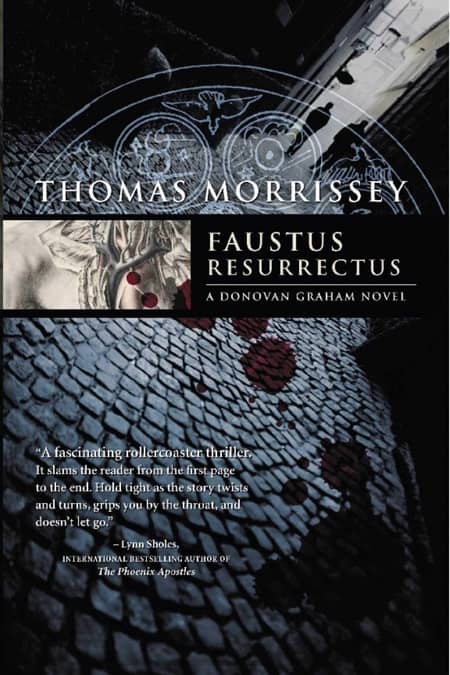 Sometimes a martini is more than just a martini.

Such was the case when on a recent visit to NYC, dinner in a small Italian restaurant began with a drink at the bar and a chance encounter with mixologist extraordinaire Thomas Morrissey. Turns out Thomas’ talents go far beyond creating delectable adult libations. Much to my utter delight, I learned he is also the author of a rather fabulous piece of supernatural fiction entitled Faustus Resurrectus.

The cosmic alignment couldn’t have been more perfect. Me, having a martini and falling into conversation with a man who writes scary stories. Introducing him to all of you was a no-brainer.

Before I do, I’ll let him describe a bit about Faustus Resurrectus.

Unholy murder is just the beginning of the ritual…

When Donovan Graham, newly-graduated occult scholar, helps the NYPD investigate a man killed by scorpions in a midtown hotel, he learns the world is far stranger and deadlier than his studies ever suggested. Evidence forces his academic skepticism to give way to astonished belief that ancient evil exists, and the more he investigates, the higher it rises to overshadow the normality of his life. Can he save those he loves from its power?

In a Central Park overrun with madness, a suave sociopath seeks to achieve his darkest desires by tearing apart the world. Battling him through death and beyond, Donovan risks his soul to learn reality is flexible, and even the impossible can be had if a high enough price is paid…

Intrigued? I certainly was and left that small Italian restaurant clutching a signed copy of Faustus which I devoured in short order. So, without further delay; everyone – meet Thomas Morrissey, my new favorite author (and mixologist). Thomas – meet everyone. 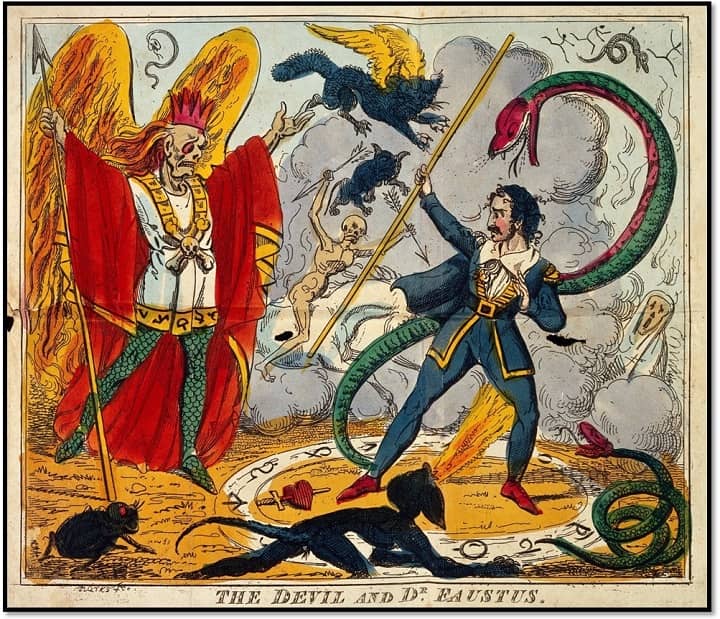 GC: How did you get into writing fiction, and what was your inspiration to choose a supernatural thriller as your first novel?

TM: I write fiction because I like creating rather than reporting or speechifying.  Fiction is more fun, and it’s even better when you mix genres.  I never made any kind of official decision to write supernatural thrillers, I write the kind of stuff I like to read.  I’ve always loved weird, scary things, things that are off-kilter or out of place, like from Jeff Rice or Graham Masterton, but I come from a mystery/thriller/adventure background, having grown up on Ian Fleming, Don Pendleton and the Murphy/Sapir Destroyer books. As a result, where a lot of authors approach supernatural thrillers from ‘supernatural’, I find myself coming from the thriller side.  I subscribe to the words of the late Albert R. Broccoli, who said the James Bond movies he produced had, ‘one foot in the real, one in the fantastic.’  The more real ‘thriller’ is, the more willing readers are to accept ‘supernatural.’  I’m fascinated by the ways those concepts interact with each other.

GC: Your main character Donovan Graham graduates with a master’s degree in Philosophical Hermeneutics. I know this is a real field (I looked it up) but could you tell us more about it?

TM: Hermeneutics is the study of interpretation; it doesn’t study, say, the Bible, it studies how scholars and clergy have translated the Bible. It’s a field that considers many sources in what Donovan describes as ‘the search for truth.’  Classical Hermeneutics addresses written works of religion, law and literature, while Modern Hermeneutics looks at, well, everything.

Because I want to explore all kinds of cultures and mythologies in my writing, I originally thought Cultural Anthropology should be Donovan’s major.  However, one of my philosophy professors suggested Philosophical Hermeneutics was a better fit. Where Cultural Anthropology would deal with the ‘what’ and ‘how,’ Philosophical Hermeneutics would delve into the ‘why’ and make a better story. Plus, I thought ‘the search for truth’ was a pretty good hook for the hero of thrillers where all kinds of strange, unnatural things happen (did I mention, as a kid, I was a huge Scooby-Doo fan?).

GC: Faustus Resurrectus is full of interesting occult references, such as when Donovan is in the library looking up all the various supernatural and occult references to a scorpion, and the Wiccan ceremony conducted by character Zeke Wissex’s followers. Did you consult any subject matter experts in the occult or are all of these based on your own research?

TM: I do as much research as I can first-hand. I go places and experience things (the fun parts), and I have a bunch of books I’ve collected over the years on all kinds of subjects, from sea monsters to secret societies. Memories, books and online things can be cross-referenced, helping me keep consistent. The supernatural is not an exact science, so I like to be able to refer back and get foundational details right when I go one step beyond. And while I’m always willing to talk to a credible person in the occult, quackery abounds. I try to avoid those ‘ghost hunter’ cable show-types of people; you know, the ones who have night vision goggles and run around talking about how scared they are because they ‘heard something.’ 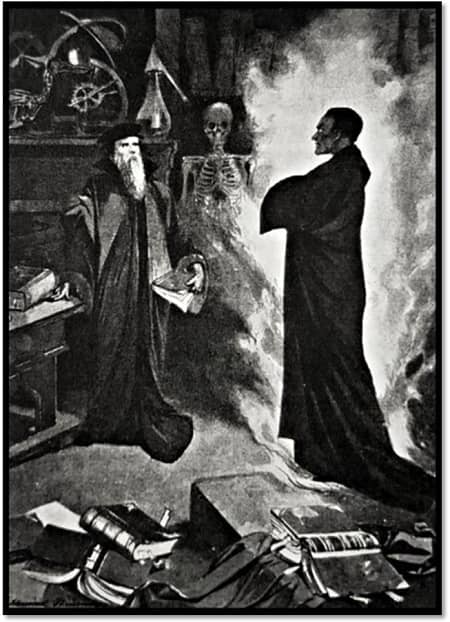 GC: As the name implies, Doctor Faustus plays a significant role in the story. What made you choose him as part of your source material?

TM: I’m a sucker for a good redemption story. It keeps my hope alive that such things are actually possible in life. And Doctor Faustus is a good example of someone in need of redemption.

People refer to the ‘Faust legend’ when they talk about someone selling their soul to the Devil, but it’s a story that goes back to Simon Magus in the New Testament. The two best-known versions of the story are Goethe’s Faust and Marlowe’s The Tragical Life and History of Doctor Faustus. Both follow the same storyline — a learned man wants more knowledge and turns to the Dark Arts — but with very different endings because of the periods in which they were written. Goethe’s was written in the Renaissance, when the quest for knowledge was considered so noble it transcended everything, including dealing with the Devil.  At the end of Faust, Faust is saved by the hand of God. In Marlowe’s version, written in medieval times, man was not meant to rise above his station in the universe, and dealing with the Devil meant damnation. At the end of Doctor Faustus, Faustus is too proud to repent and is dragged off to Hell. Obviously a much better fit, both philosophically and story-wise, considering what happens in Faustus Resurrectus…

GC: Have you personally had a supernatural experience, and if so, can you tell us about it?

TM: ‘Supernatural’ covers a lot of ground — who hasn’t had a flash of inspiration, or felt a cold brush, at an odd time? To the best of my knowledge I’ve never had an ‘according to Hoyle’ supernatural experience. I think the world is full of things we can’t explain, but I need to experience them for myself to confirm their existence. In the meantime, they’re fun to write about.

GC: Writers are often told to “write what you know” and your characters are rich with details that make them seem very real, especially the main character Donovan. Is he based on you or someone you know?

TM: Donovan and I share some traits — bartender, from a military family, interest in the supernatural — but he shares more personality traits with my literary heroes, like James Bond, Carl Kolchak, Spenser and Harry Erskine. I’ve always identified with solo heroes who skirt the fringes of society, people who are more introspective and able to stand outside of or above things to understand greater truths. Their circumstances are sometimes chosen, sometimes thrust upon them, but they all rise to the occasion even as they have different personal reactions to it. When we meet Donovan at the beginning of Faustus Resurrectus all he wants is a normal life. I’m really interested to see how he will develop. 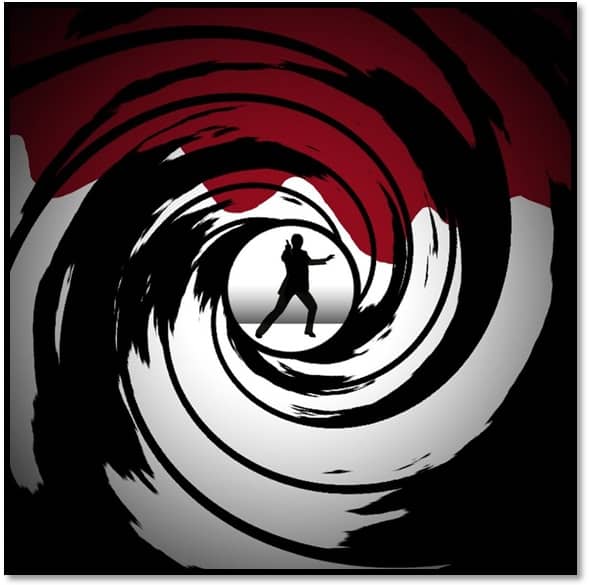 GC: Without giving away any spoilers, the book cover says Faustus Resurrectus is a “Donovan Graham Novel.” Can we hope for a sequel?

TM: Can you hope for a sequel? The second Donovan Graham novel, Sign of the Gypsy Queen, is already in the can. It picks up about four months after Faustus Resurrectus ends. Where Faustus is entirely in New York, Gypsy Queen starts in New York and goes to the U.K.  The story involves ghosts, gypsies, bleeding edge energy technology, Stonehenge, a North Sea oil rig, Scottish water monsters (NOT Nessie), and a 3500-year-old Irish High King known either as ‘Beautiful Lord’…or the ‘Lord of Death’.

I’m currently working on the third of the series, tentatively titled Sineater.

Faustus Resurrectus is available online, at Amazon and from fine booksellers everywhere. And keep an eye out for book two, Gypsy Queen, coming soon.

And do not forget to tip your bartender…