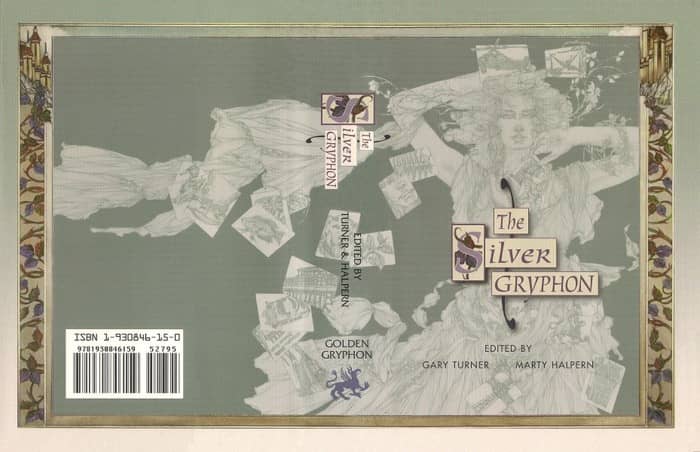 In 1986, Reed’s story “Mudpuppies” won the Writers of the Future 2nd Quarter Contest as well as that year’s Grand Prize. In 1995, his novel Down the Bright Way won the Grand Prix d’Imaginaire for its French translation. Reed won the Hugo Award for Best Novella in 2007 for “A Billion Eves.” He has been nominated for the Hugo Award 8 times, the Nebula Award twice, the Theodore Sturgeon Memorial Award 9 times, and the World Fantasy Award once.

“Night of Time” was initially published by Gary Turner and Marty Halpern in The Silver Gryphon, the twenty-fifth book published by Golden Gryphon Press in 2003. David G. Hartwell selected it for his Year’s Best SF 9 in 2004 and it was translated into Italian by Piero Anselmi for the Millimondi edition of the Hartwell anthology. Gardner Dozois also selected the story for his The Year’s Best Science Fiction: Twenty-First Annual Collection. In 2005, Reed included the story in his second collection from Golden Gryphon, The Cuckoo’s Boys. He also used the story in his 2013 collection, The Greatship. “Night of Time” is tied to a specific memory. I attended the Worldcon in Boston in 2004 and I was reading Hartwell’s Year’s Best SF 9 on the plane. I finished reading “Night of Time” and realized that the person sitting next to me was Robert Reed’s wife and Robert was sitting on the other side of her.

“Night of Time” is a story about memory. Ash runs a small shops of a massive spaceship. He rarely gets any clients, but when he does, he is the only person who can supply what they need. In “Night of Time,” he is approached by an alien Vozzen, an historian with a phenomenal memory who realizes that he has forgotten something. With the Vozzen is an Aaback, a species which seems designed to be servants. The Aaback rarely talks, listens and obeys, but doesn’t remember, and seems to be hardly an individual. Ash is hired to try to help restore the Vozzen’s memory.

Reed follows Ash’s technique, which includes interviewing the Vozzen, who talks about the history of the galaxy and the theory that the earliest intelligent races are long extinct and that no race can extend dominion over the galaxy for a variety of reasons, although there is a gap in the Vozzen’s memory built around a question and answer session from a few weeks earlier. Ash pushes and tries a variety of unconventional methods, eventually not only being able to fill in the gap in the Vozzen’s memory, but also learning more about the earliest races and finding a new mystery surrounding them.

Reviewed in its original appearance in the anthology The Silver Gryphon, edited by Gary Turner and Marty Halpern, Golden Gryphon Press, 2003.

Steven H Silver is a sixteen-time Hugo Award nominee and was the publisher of the Hugo-nominated fanzine Argentus as well as the editor and publisher of ISFiC Press for 8 years. He has also edited books for DAW and NESFA Press. He began publishing short fiction in 2008 and his most recently published story is “Webinar: Web Sites” in The Tangled Web. Steven has chaired the first Midwest Construction, Windycon three times, and the SFWA Nebula Conference 6 times, as well as serving as the Event Coordinator for SFWA. He was programming chair for Chicon 2000 and Vice Chair of Chicon 7. He has been the news editor for SF Site since 2002.

It’s going to take me some time to put together my compilation of reviews of Robert Reed stories!

Also, he is the one writer who has appeared most often in my books. (Every year but one, or maybe two, I think.)