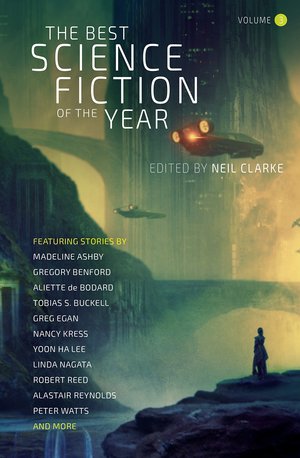 Neil Clarke has only had produced two volumes of his Best Science Fiction of the Year, but it’s already become one of my favorite Year’s Best anthologies — and considering the competition (Dozois, Strahan, Horton, Guran, Kelly, Adams, and Afsharirad, among others), that’s really saying something.

For 2018, in addition to being one of the best, he’s also the first. His Year’s Best anthology will be the first to go on sale, in just two weeks. Here’s the description. (And yes, they’re talking about Rich Horton in that first line. Isn’t it obvious?)

To keep up-to-date with the most buzzworthy and cutting-edge science fiction requires sifting through countless magazines, e-zines, websites, blogs, original anthologies, single-author collections, and more ― a task accomplishable by only the most determined and voracious readers. For everyone else, Night Shade Books is proud to introduce the latest volume of The Best Science Fiction of the Year, a new yearly anthology compiled by Hugo and World Fantasy award–winning editor Neil Clarke, collecting the finest that the genre has to offer, from the biggest names in the field to the most exciting new writers.

The best science fiction scrutinizes our culture and politics, examines the limits of the human condition, and zooms across galaxies at faster-than-light speeds, moving from the very near future to the far-flung worlds of tomorrow in the space of a single sentence. Clarke, publisher and editor in chief of the acclaimed and award-winning magazine Clarkesworld, has selected the short science fiction (and only science fiction) best representing the previous year’s writing, showcasing the talent, variety, and awesome “sensawunda” that the genre has to offer. 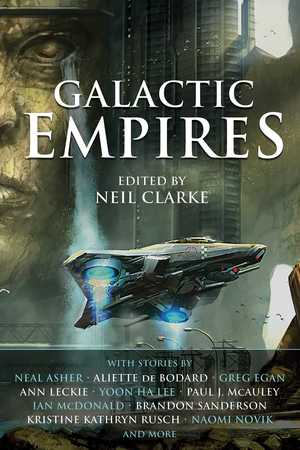 While we’re on the topic of Best of the Year volumes, the 2018 books include:

The Best Science Fiction of the Year: Volume Three will be published by Night Shade Books on April 3, 2018. It is 624 pages, priced at $17.99 in trade paperback and $13.99 for the digital edition. The cover is by Chris McGrath; see more details here.

See all of our coverage of the best upcoming SF & fantasy here.

The darn thing is, if I buy just one, maybe two, of the Best Of The Year anthologies, I miss out on some great stories. If I buy several, I have a lot of overlap. Each year I’m faced with this dilemma. What to do?

These books really aren’t that expensive — especially if you buy them online. Sure, if you buy three or more, there’s sometimes 10 – 15% overlap. But three trade paperbacks, after discount, is usually around $40. That’s a whole lot of great reading for 40 bucks.

The BEST OF THE YEAR anthologies are some of the best bargains in the industry. I buy 6-7 every year, and I’m enormously happy with those purchases.