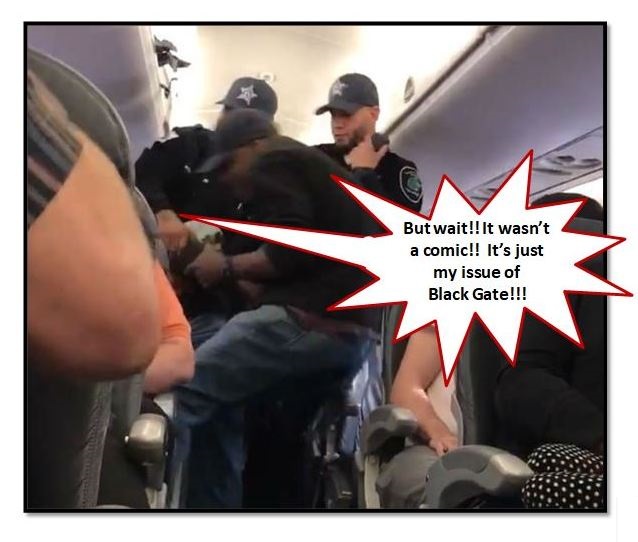 Sometimes, horror-related or not, a story is just too good not to share.

With the Chicago Comic Con still a few weeks off, the GCN staff has been glued to our screens watching all the going’s on at the mother-of-all cons, the San Diego Comic Con (SDCC for you cool kids) which wrapped up last Sunday.

Like any comic con, when you get this many people with this much…uh…passion together in one place, there are bound to be shenanigans. However the big surprise this year didn’t come to us courtesy of an over-enthusiastic cosplayer after too many adult beverages mixed with Red Bull, but instead from what has become a consistent player on the stage of WTF…the airline industry.

After gaining infamy from their “aggressive” removal of a passenger from a flight earlier this year, United Airlines prevented passengers leaving the SDCC via San Diego International, from carrying comic books in their checked baggage.

No, I’m not kidding.

According to The Verge, passengers were shocked to find a notice posted by UA informing them that they couldn’t keep their SDCC spoils in their checked luggage. 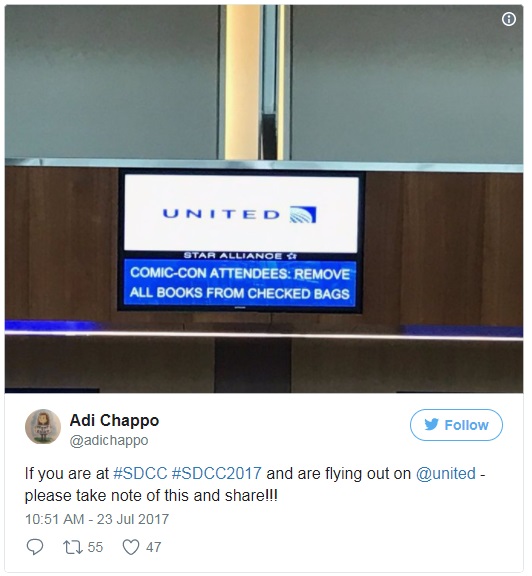 “The restriction on checking comic books applies to all airlines operating out of San Diego this weekend and is set by the TSA,” a spokesperson for the airline tweeted in response. Then, the TSA then tweeted their own response, immediately debunking United’s claim:

“They are incorrect. There is no problem with [people] taking comic books, which are not a security threat, in their checked baggage,” TSA spokesperson Lorie Dankers told The Verge. “The bottom line is, there’s no restriction. We’re working with United Airlines to figure out where this is coming from.”

The Verge offers as decent an explanation as any, pointing to a TSA blog post regarding last year’s SDCC. The post gave travel tips for con-goers and advised that comic books, magazines and brochures should be packed in carry-on bags for prudence more than safety. “Packing these items in checked bags often causes alarms leading to bag searches which can cause a significant slowdown in the screening process leading to delays and bags possibly missing their flights,” the post reads.

As The Verge also notes, United’s later statement seems to point to this misinterpretation. “While TSA is recommending that customers keep their comic books in their carry-on bags, there are no restrictions on packing them in checked luggage,” a spokesperson said. “We misunderstood TSA’s instructions and regret any inconvenience this may have caused our customers.” 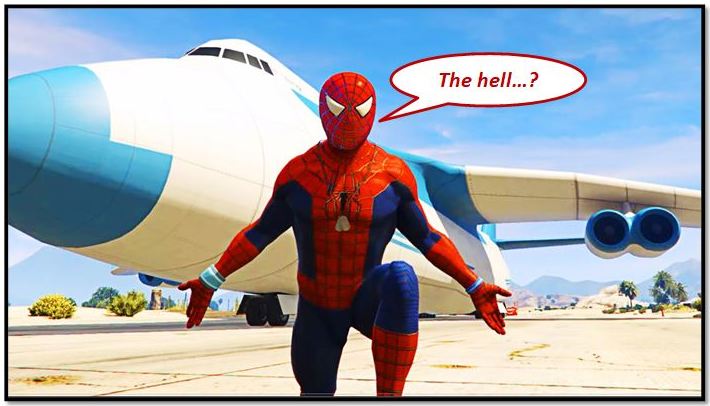 In any case, if you’re coming to Chicago’s con next month be warned. That whole “aggressive passenger removal” thing happened at O’Hare, so leave your dangerous-rabble-rousing-comic-books at home.

You know who you are.

Have a question or comment? Do you work for United and care to offer your own take? Post it here or drop a line to sue@blackgate.com.

IMO just “Security Theatre” so they can keep their jobs when the next false flag – excuse me – terrorist act happens.

Really, do you think any of these “Rent a cruddy security guard” minimum wage bullies would do more than curl up and mess their pants crying if say from an infamous “Call of Duty” scene real terrorists came in with machine guns blazing?

Of course – from the “Conspiracy” crowd – this “Security Theatre” is a dry test for the implementation of the Georgia Guidestone “Protocols” for a culling of 80% of the world population. It’s part of a test on what level of lies, propaganda, threat of force will be necessary to round people up to take the sheep – or rather “The Cattle” to the gas chambers then the ovens to create a paradise world for the rich elite.

Ok, I couldn’t not look…

I travelled to India and back a year and a half ago and am steeling myself to go through that thing – literally FIVE times thanks to the maze of planes needed. Its a lot crazier in the USA than in the east.

This is from going through UAE and into India where there’s far more legit terrorist attacks. They put you through real checks and are respectful, versus the contempt and cattle like treatment when you are in American airports. Almost bought an amazing Water Pipe in Dubai, but worried -even if in luggage- what some authority ego maddened – or thieving – TSA employee might do. Don’t smoke “Fine Tobacco” or other products, would have made an awesome decoration, conversation starter…

So, sorry if my wit threatens to melt some snowflakes – I’m really trying to be humorous but point out also that the psychic damage of runaway “Security Theater” does more damage than real terrorists ever could.

GREENSLEEVES, do you not hear yourself ? Or are trying on irony for effect ?

“Rent a cruddy security guard” minimum wage bullies would do more than curl up and mess their pants crying if say from an infamous “Call of Duty” scene real terrorists came in with machine guns blazing?”

“Of course – from the “Conspiracy” crowd”

“So, sorry if my wit threatens to melt some snowflakes”

Gentlemen, gentlemen please – I must ask that we reserve the Goth Chick News space for wholesome pursuits such as preventing the zombie apocalypse and exorcising demons.

If you persist dabbling in the truly horrific, pseudo-politico, I shall be forced to use my voodoo dolls. And if you want to know how that will end, just go look for Tom Cruise’s career…