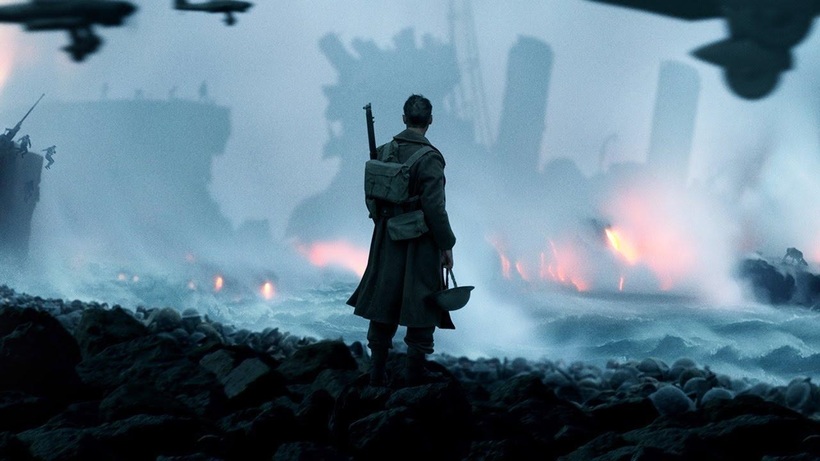 Leaflets fall from the sky on the streets of an idyllic village in France. Soldiers fetch them from the ground as the papers collide, their ominous fluttering booming in your ears.

We follow a boy, clad in the regimental coat of a British soldier. In his eyes, we bear witness to the hardened resolve to survive. He collects the leaflets with his fellow soldiers, scrutinizing them with a benign detachment.

When bombs rip through the sky, the boy tears into a sprint. Leaflets go flying in an eerie flurry of white. He finds refuge among a barrier of sandbags, only to shoot from the post the moment another torrent of bombs descends. In the next moment, he clambers past an obstacle and reenters the place of battle. There, he confronts the staggering sight of his fellow countrymen, awaiting their departure on the shore.

Thus begins Dunkirk, Christopher Nolan’s magisterial account of a monumental event in World War II. In many ways, the film owes its resonance to Tommy, played by Fionn Whitehead, whom we first see comprehending the silent herald of death. He demands your attention with his earnestness to scrape through the onslaught of terror with the skin on his bones and the heart jackhammering in his ribs. 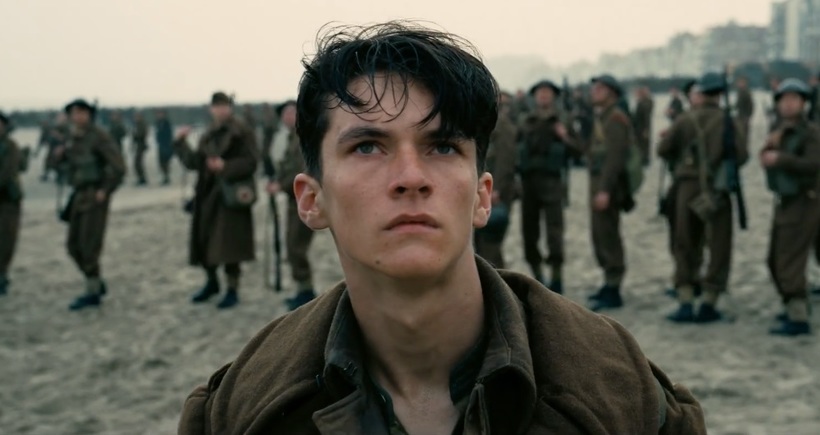 Through Tommy, we meet Gibson, played by Aneurin Barnard. Though their journey to a ship carrying the wounded commences in silence, Barnard displays an arresting aptitude for communicating his innermost thoughts without words. Some actors can take your breath away. Give Barnard the chance to steal yours.

Viewers will surely recognize Barnard’s adversary as well, especially if they know or are the parents of a One Direction fan. Making his film debut alongside Whitehead, Harry Styles proves once and for all that you must not think of him as a pretty face. Well, you can, but I dare you not to marvel over his fierce performance as Alex, a suspicious hothead. Sitting in the Music Box Theatre, where I saw the film with a good friend, I was surprised to hear a woman say, “Harry Styles? That’s stupid.” Yeah, it’s stupid for anyone to think of him as a vapid heartthrob. His performance is a punch to the gut, and the impact lingers. 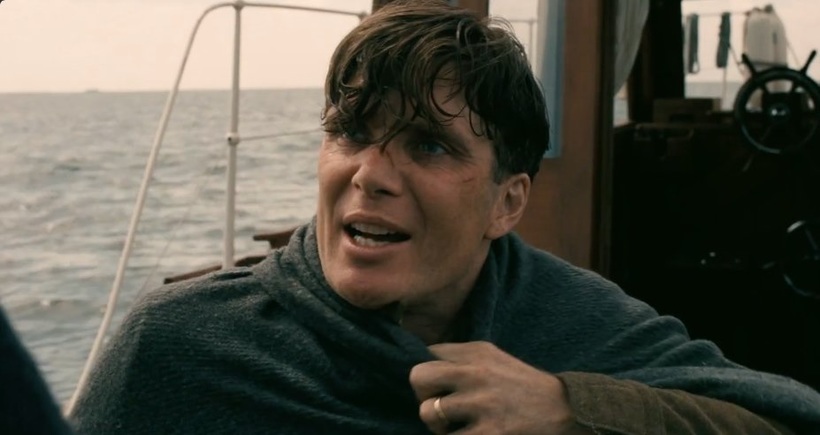 To say nothing of the soldier played by Cillian Murphy, who pays a tragic price for succumbing to the trauma brought on by his experiences. When a kind gentleman steering a rescue boat, played by theater veteran Mark Rylance, catches sight of Murphy with the help of his son and young friend, George, they claim him as their first rescuee. The heartbreaking conclusion of Murphy’s story captures the effect of incomprehensible horrors on the mind.

The unthinkable events that unfold on the water, and the soldiers desperate attempts to survive, are rendered with an astonishing accuracy and agonizing horror. Over at The A.V. Club, a veteran of Dunkirk assured Global News that he felt “just like I was there again.” I do not know if Mr. Nolan will have the honor of a more moving compliment to his work.

Accolades are due to the tremendous cast who brought the film to life. From the aviators who storm across the skies to the brave rescuers who venture into dangerous waters, everyone contributed to make the picture a testament to the ravages of war, and the hope that shines through the bleakness of the aftermath. The world could use a few miracles right now. Dunkirk is one of them: a film about war that tells the story of a beginning, not an end.

Zeta Moore’s last review for us was The Strange Case of the Alchemist’s Daughter by Theodora Goss. She is exploring work in care for individuals on the autism spectrum, and nerding out when she can.

I would have to say that I enjoyed the movie, but (probably unsurprisingly) in Nolan’s hands it became more about how the story was told than about the story itself – which didn’t seem quite right, somehow.

I completely understand where you’re coming from. The truth is that would have been a hard trap to avoid for an individual such as Nolan. If the film had been made by a director who had less of a dramatic flourish and more of an understated direction in regards to the action, it probbly would have been a different movie. And as controversial as that is, I probably would have enjoyed that movie more in many ways.