As regular readers know, I enjoy John DeNardo’s survey pieces on the best new books every month over at Kirkus Reviews. For July, he’s assembled what could well be the best batch of new releases so far this year. Here’s John.

Summer reading season is in full swing, and if you’d like to join the beach party, there’s plenty of entertainment to be found in the pages of science fiction, fantasy, and horror books. July’s cream of the crop includes stories about a robot hitman, a dark and previously unseen perspective on Peter Pan, a woman with supernatural abilities who goes up against Nazis, aliens in New York, flying shapeshifters, and more short stories than you can shake a stick at.

The Art of Starving by Sam J. Miller

In this edgy story, Matt is troubled by a boy named Tariq and his band of high school bullies who have driven away his sister, Maya. What’s a brother to do? If you’re Matt, and you’ve discovered that the less you eat the more you gain powers – like the ability to read what other people are thinking – you starve yourself. That way you can get close to Tariq and discover the truth behind Maya’s disappearance. But as Matt finds out, there are some forms of hunger that cannot be controlled. 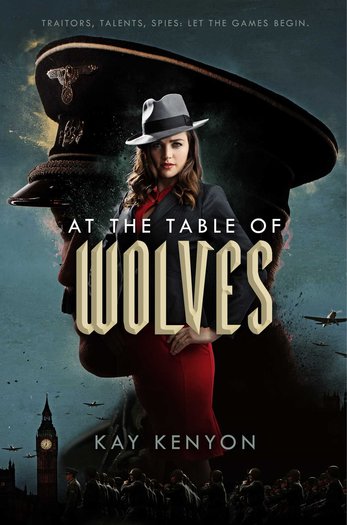 At the Table of Wolves by Kay Kenyon

In this British espionage story (described as Tinker Tailor Soldier Spy meets X-Men) a young woman with superpowers goes undercover to fight Nazis. In this version of 1936, supernatural powers are not unheard of, ushered into existence thanks to the Great War. The race to harness superpowers is on, but England has not gotten as far as Germany. Kim Tavistock – a woman whose abilities compel people to tell the truths they don’t want to share – is tasked with exposing a German spy among the British ranks. Her assignment becomes even more important when she discovers a German plot to invade England.

In Age of Myth, Sullivan introduced readers to an imaginative world where gods have been proven mortal and humans are poised to take over. In this sequel, the human uprising is threatened by enemies both outside and inside the rebellion. The good news is that the answer to uniting the human factions against their common enemy lies overseas. The bad news is that it’s a land populated by a reclusive race who holds nothing but contempt for both Fhrey and mankind.

Age of Swords, the second volume in The Legends of the First Empire, will be published by Del Rey on July 25, 2017. It is 496 pages, priced at $28 in hardcover and $14.99 for the digital edition. The cover is by Marc Simonetti. We covered the first book in the series, Age of Myth, here.

Whether you crave short fiction or longer novellas, you’ll have a hard time choosing from this month’s selection. Perhaps a good place to start is with the crop of new “Year’s Best” anthologies! Lots of work goes into these endlessly entertaining books, so prepare for some fascinating reading.

The Best Horror of the Year Volume Nine edited by Ellen Datlow features twenty-one chilling tales that will probably keep you up at night, with stories by Livia Llewellyn, Peter Straub, Gemma Files, and more. Or, if horror really is your thing, also check out The Year’s Best Dark Fantasy & Horror 2017 Edition edited by Paula Guran, which features 37 stories by the likes of Aliette de Bodard, Victor LaValle, and N. K. Jemisin. Science fiction fans will no doubt want to check out the granddaddy of speculative fiction anthologies, The Year’s Best Science Fiction: Thirty-Fourth Annual Collection edited by Gardner Dozois.

As always, thanks for the link love. Rock on!