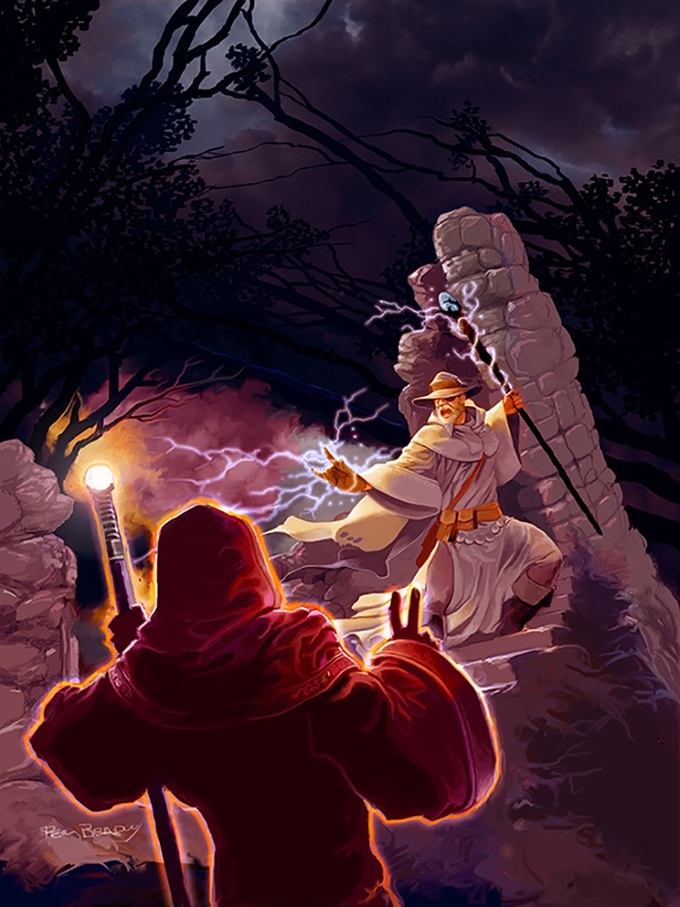 To my shame, the first time I ever caught sight of the Castles & Crusades game I simply walked right past its GenCon booth, wondering why anyone needed another version of Dungeons & Dragons. Pathfinder had launched recently, and D&D 3.5 was still going strong, and I just didn’t see the point. As a matter of fact, not knowing about the mechanical innovations of the system or its connection to Gary Gygax, I assumed C&C was a blatant rip-off.

Man, did I miss the boat. I didn’t know that soon other people would be just as tired as I was of bloated skill lists, feats, and rules for every conceivable situation under the sun. I had no idea I’d soon be wishing for an end to the long skill lists and would be longing for the archetypal “simple” way that old school systems had done it. C&C pretty much predated the entire Old School Renaissance, or at least was out at the forefront when the OSR movement was just getting started.

The old school game movement mostly involves repackaging original D&D systems rather than simply encouraging play from the original versions of D&D because, let’s face it, in a lot of the original D&D books it was hard to find things, there were scads of charts, some of the rules were fairly arbitrary, and some of the classes weren’t all that well balanced. The game was still loads of fun, but you started noticing those things after you played awhile. And, of course, until recently, you couldn’t lay hands on versions of the originals without paying for used copies, sometimes through the nose. 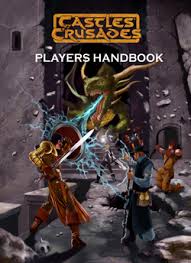 These days there’s D&D 5, which seems to have addressed a whole lot of those problems too… but C&C had already fixed them years before. And as much as I like what I’ve read of D&D 5 I still “grok” C&C better. I might have come to C&C later than I had a chance to, but I certainly enjoy the system.

C&C does have its detractors, of course. All of these systems do, usually over preferences about mostly minor mechanical details that lead people to choose, say, Swords & Wizardry over Labyrinth Lord, or Crypts & Things over Astonishing Swordsmen and Sorcerers of Hyperborea (all systems I enjoy). I’ve seen some people complaining that C&C doesn’t scale one of its saving throws properly, but if that’s the only problem you have with the system you can give a bonus to that saving throw at higher levels very easily. One of C&C’s great strengths is how simple it is to tweak and modify, and how forward and backward compatible it is with other versions of D&D. 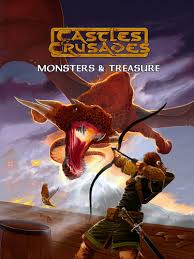 For a long time there were only two books necessary for play – The Player’s Handbook and the Monsters & Treasure book. (By design, the C&C Castle Keeper’s Guide isn’t half as essential as the old Dungeon Master’s Guide was for the AD&D I grew up playing, but it does have some neat alternate systems – including a non Vancian magic system I quite like, and skills and feats if you REALLY have to have them – and some other things. It’s cool, but it’s in no way necessary for play.) Over the years other books have come along, mostly setting specific, but there haven’t been any major rules supplements.

Until now. The week before last the owners of Castles & Crusades launched their first major rules expansion with a Kickstarter for their Adventurer’s Backpack. It’s going to contain 13 additional classes, a host of new magic spells that they promise won’t simply be familiar spells with new gilding, new equipment, and other goodies besides.

The Kickstarter is here if you want to take a look. If it wasn’t already clear, I highly recommend it. I’ve already joined the Kickstarter myself.

Howard Andrew Jones is the author of the historical fantasy novels The Desert of Souls, and the The Bones of the Old Ones, as well as the related short story collection The Waters of Eternity, and three Paizo Pathfinder novels. You can keep up with him at his website, www.howardandrewjones.com, and follow him on Twitter or follow his occasional meanderings on Facebook.

Thank you for posting this. With its old-school feel and much more elegant implementation, C&C has been my go-to system for epic games with dungeons and fun mixes of monsters and such. But Troll Lord Games’ blog pretty much went dead this year, and their fun Youtube videos stopped years ago. I had no idea this kickstarter was up.

Might be worth it for the easier unarmed-combat rules alone. That was still a bit too old-school in implementation. 😉

Now if only I could get in some regular gaming.

Now I feel a sort of nostalgia by proxy…

[…] I drafted an essay extolling the virtues of the Castles & Crusades role-playing game over at Black Gate, specifically related to the game’s new expansion, the Adventurer’s Backpack. You see, […]