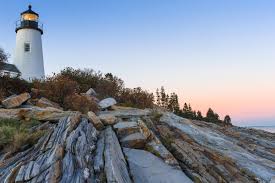 Virginia Woolf’s novel, To the Lighthouse, does a brilliant job with our next POV style:

If you’ve not read her novel, I urge you to do so. I also urge you to read it aloud, even if you’re sitting outside at a café, which I did a few summers ago. The book is graced with many long, complex sentences that loop and flow, and sometimes change point of view from one clause to the next. Reading it out loud helps the brain make sense of the phrases and clauses in a way that eyes-only reading can’t manage as well. When done well, as Ms. Woolf did, it is a brilliant writing stratagem. But it works best in stories where there is very little physical plot. The conflict comes mainly from the contrast of how different characters perceive the same moment, and in the shifting emotions of characters.

Which means, generally, it is not a good point of view choice for action-packed genre stories. 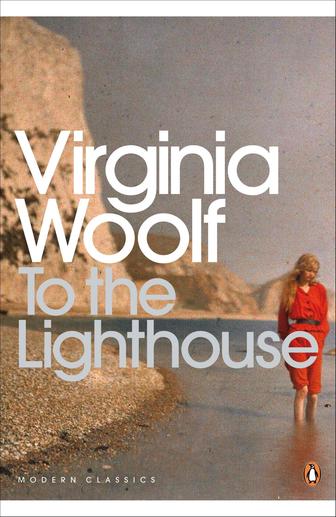 The two defining attributes to Head-Hopper are: jumping from the head of one character to another, then to another, and possibly repeating several times, all within the same scene; and it has the inclusion of the thoughts, emotions, and internal monologue from each head hopped into.

It differs from Serial in that the POV hops back and forth, back and forth, within the same scene, often willy-nilly, rather than making an orderly progression from one character to another at the end of a scene or chapter. (You can review the Serial POV #6 blog here.)

Head-Hopper can be easily confused at first with Reporter. (Which we looked at in the previous blog, POV #7.)

You can also look at how they’re formatted within the text. Reporter POV usually sets these thoughts off in a formal way with italics or quotation marks; Head-Hopper generally includes them in normal narration mode, as you would with 1st person or Tight Limited 3rd.

Not everyone who uses 3rd Person Omniscient Head-Hopper has the skill and brilliance of Virginia Woolf. In my opinion, it’s the POV variation that is most often abused. Sure, you can jump in and out of every character’s head and share the thoughts, emotions, interior monologue, and snarky thoughts of every character in the room… but to what point and what effect?

No one likes a promiscuous narrative voice when you’re trying to bond with a character or follow complex action. Too much jumping can give the readers vertigo, and is apt to leave them so confused they stop reading. 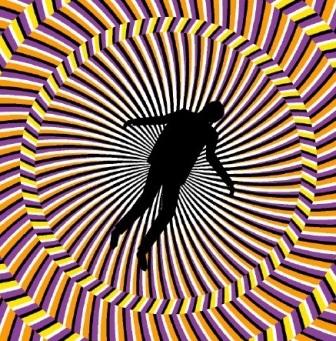 Still, it can be an effective technique when used judiciously in the right circumstances. It’s used to particularly strong effect in humorous pieces.

Here’s an excerpt from “What’s With All The Damned Zombies, Anyway?” which I wrote to demonstrate this viewpoint technique for my Fantasy Writing Workshop class, and wound up selling to the Killer-works.com webzine (March ’08):

Looking at the army of blood and sinew-spattered zombies shambling across the lawn, the three housemates had very different thoughts as they scrambled for safety.

Gina sniffled quietly, not from fear, but from heartbreak…

The story is a series of three vignettes showing how each housemate tries to outwit the zombies, learning from the previous woman’s mistakes, but dying, just the same. No other POV option could tell this story as effectively. Because zombies can’t talk (at least in my story), and the opening paragraph is the only time in the entire story there are two or more living bodies in a room together, interior monologue replaces dialogue. Along with the three girls, the cast includes a horde of zombies which is led by the ex-boyfriend of one of the girls. The story concludes with a freakish would-be-hero with a clown fetish at the end.

Because it is a horror story, and the portrayal of emotions is a key component to the horror story, the Reporter POV wouldn’t work. The promiscuous POV would have jumped into everyone’s head: all three girls, several of the zombies, maybe even the neighbor’s dog. The restrained version, if a zombie story can be said to be restrained, limits the head-hopping to the three housemates. 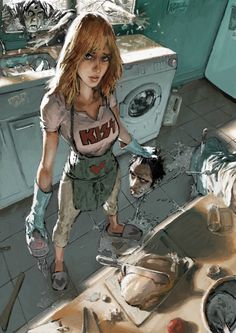 At first glance, this would seem to be Serial Limited 3rd POV, but it is distinguished as a 3rd Head-Hopper by the inclusion of the “zombie rules” which are inserted between the vignettes by an omniscient narrator:

The First Rule to surviving the Zombie Apocalypse is remembering that when the living die, they’re dead.

These zombie rules serve as the narrative transition between sections, as the narrator gives survival lessons to the reader, using the three girls as object lessons.

I wrote my own example of the Head-Hopper POV because I couldn’t think of any examples in Fantasy short stories that I thought were well done.

Though, I should mention, it is a technique that is often used in Romance novels. Some Romances use Serial, giving each character a chapter or scene, others use Head-Hopper, including both the would-be lovers’ POV within the same scene, though not usually within the same paragraph. I read a fair number of paranormal romances, but they’re usually chick action/adventure stories with a side order of romance, so their POV choices are usually serial, because they don’t need hopping POVs getting in the way of the action and adventure. I couldn’t, when I was writing this, find one that used Head-Hopper, rather than serial.

But if you know of one, either in short story or novel form, please put it in the comments. I’d love another good example of this POV style to share with my students.

This has been part 8 of the Choosing Your Narrative Point of View Series.

Part 1: A Few Questions to Get You Started
Part 2: Who is Your Point of View Character?
Part 3: A Closer Look at Some POV Styles Commonly Used in Fantasy (Starting with Some Intriguing Uses of 2nd Person)
Part 4: 1st Person and Tight Limited 3rd – A Closely Related Duo
Part 5: The Younger Sibling of 1st & Tight Limited 3rd: Simple Limited 3rd & The Case for Choosing A Single-Character POV
Part 6: Serial POV – In its Myriad Forms
Part 7: The Multiple Personalities of Omniscient 3rd Person: Spotlight on “Reporter”