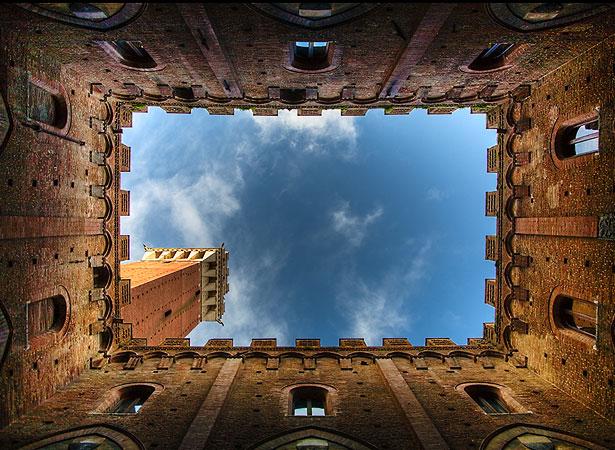 This is Part 3 in the Choosing Your Narrative POV Series.

My friend and former co-editor Eric Cherry and I once brainstormed more than 25 POV variations, and realized we could have come up with even more. But over the course of this series of articles, I’m going to highlight and explore eight of them.

I’m going to start with 2nd Person because it is a rare and radically different beast from 1st and 3rd Person Point of View used in fiction. As I tell my students,

Do not let the fact that it appears first in this list suggest in anyway that I am recommending you write a story using this viewpoint. Traditional stories in this form are ghastly difficult to write well and are even harder to sell. Most fiction writers never work with it at all.

2nd Person is distinguished by the use of “you” as the pronoun.

The narrator is almost always omniscient and very mysterious. We know almost nothing about the narrator, and we’re forced to accept them as an authority without a chance to examine the narrator’s credentials or motives.

This is a very unsettling style that turns many readers off. It works best, when it works at all, in very short stories and flash fiction. Most ears will simply not tolerate it for more than a couple thousand words – that length feels very long in this point of view. 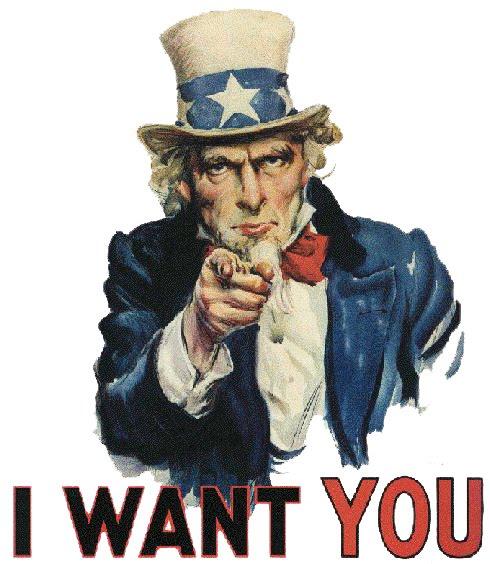 Simply because of this particular pronoun-verb structure in a story, you risk having the readers argue with you from the very first sentence, and at each sentence after that.

You open the squeaky basement door and go down the blood-splattered steps.

“I wouldn’t do that,” your readers may say, and often they’ll stop reading your story as a result.

Second Person works most easily in non-fiction, such as short “How To Use” directions on the packaging of a product, in recipes, or in other instructive writing.

The Epistolary form – the use of letters, memos, voice-mail messages, and the like – between two characters can soften the rougher edges of 2nd Person POV.

You should never go downstairs after dark.

You should never, even in daylight, open the door to the cellar; it is locked for a reason. If you take my key ring, hanging on a nail by the cellar door, and unlock the giant, but well-oiled, padlock, and open the door, and go down the steps…. well, you take your life in your hands and throw our love to the wolves. You will have made your bed with the demons. Your doom will be your fault alone.

You have been warned.

Seriously, you shouldn’t do it. I know what you’re like. Just this once, don’t do it because I’m asking, nay, begging you not to, OK?

Mixing 2nd with another POV takes a great deal of subtlety and sophistication, so I generally don’t recommend it for newer writers. You’ll get a result like the one above (written by me).

The use of universal themes – like lost love or the death of a loved one – established early on, can make a reader more friendly to this POV. It works best when it establishes a bond where the reader can say, “Yes, I’ve felt like that. I might take those actions.” 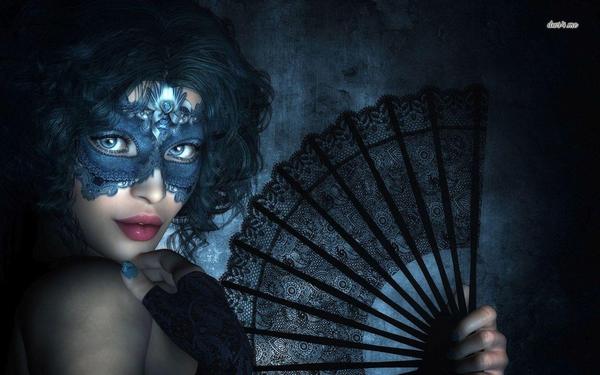 Often there will be a hidden story underneath that is hinted at. The motive of the narrator may be to give directions or warn the reader from repeating the narrator’s mistakes, but to do so from a distance. The story is about the map the reader should follow, or the trap the reader may fall in.

It is specifically not about exploring, in depth, the narrator’s emotions and personal details. 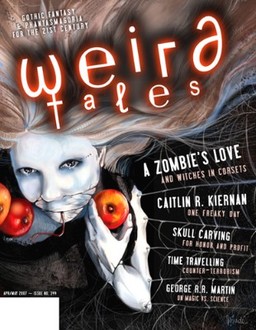 Second Person can also sometimes be a clever disguise for the equivalent of 1st Person or Tight Limited 3rd. This particular twist on 2nd person is even more rare, but the story “Directions to Mourning’s Deep” by Scott William Carter (Weird Tales #344) does a very nice job of this:

Like me, you suffered a tragedy too great to bear. You lost a father or a mother or a brother or a spouse. You loved and you lost, and how it haunts you, stays with you, only you know. If this is the first time you have experienced such loss, if you feel as though hope has fled and will never return, then listen. My words are for the virgins of sorrow.

The hints are there, in the very first phrase of the story: “Like me,” and in the last sentence of the first graph: “My words are for the virgins of sorrow.” The I/Me/My pronouns do not appear again in the story until the very last sentence. The rest is cast in 2nd Person. This constant and noticeable use of You makes you forget the two uses of Me/My in the first graph.

The author’s practice of creating a list of variations on an emotional theme or universal experience – as he does in the second and third sentences of the excerpt above – also makes it easier for the reader to find themselves in the story, and say, “Yes, that’s what I’d do, what I’ve done, how I’ve felt.” Finding these connections, especially early in the story, can convince the reader to stay with the story, even if the You character later takes action the reader wouldn’t do.

The truth about the point of view in this story, and the reason why the author chose to use the 2nd POV for most of the story, is not fully revealed until the very last sentence where the narrator uses for the first, last, and only time, the pronoun I: I would know.

The use of 2nd Person allows the narrator of the story to distance himself from the readers – he wants to share the secrets to the magic spell, and he wants to warn them of the dangers of breaking the rules, but he doesn’t want to tell the gory, painful details of his personal story. His pain is still too great. To the extent that he hides his motivation for telling this story, and hides all the details of how he knows these things, the use of 2nd Person allows the author to indulge in the sort of deceits open to unreliable narrators. 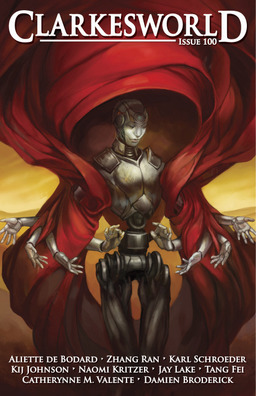 Kij Johnson gives us another successful twist on 2nd Person in her story, “The Apartment Dweller’s Bestiary” (Clarksworld 100). You can read it online here.

But here’s a couple of quick excerpts to show you how she plays with this POV.

Your grandmother told you, “It’s good luck to have a begitte in the house,” and they are generally pretty great to have. It’s written into your lease, like renter’s insurance and no waterbeds, that a begitte is okay. Your begitte, which you got from a buddy when he moved in with his girlfriend, is a spotted one with crazy long white whiskers.

Most nights, you fall asleep while reading, and your book and your glasses end up in bed beside you, along with your phone, just in case, and your orco. You were always someone who liked to sleep touching, so sometimes in the night you reach across and feel the wand of an earpiece, the book’s hard spine, the ruffle of the orco’s hair against your palm, its warm breath on your hand. As long as you don’t wake up all the way, it’s like all the pieces of someone.

In this story, it’s actually a 3rd Person POV masquerading as 2nd, though the pronoun never varies from You.

The story is made up of 20 very short vignettes. Each masterfully reveals a distinct, but unnamed, character going through a specific kind of relationship problem. These problems are illustrated and illuminated by the character’s relationship with their particular house sprite or fey-like creature. Sometimes the creatures are depicted as pets, sometimes they’re depicted as pests. In each case that detail – pet or pest – helps reveal the distinctive personality of the character being referred to as You in that vignette. 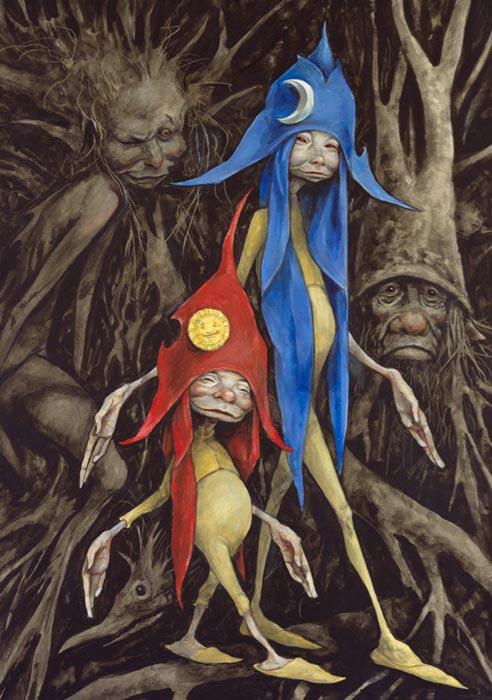 Even within the boundaries of the successful examples described above, the use of 2nd Person will turn many readers off. Newer authors should not write 2nd person simply as a clever writing exercise, if they hope to get the piece published.

You should have a very good reason for choosing this POV.

This is Part 3 in the Choosing Your Narrative POV Series. The other chapters are:

Next Up: 1st Person and Tight Limited 3rd – A Closely Related Duo

There has to be a reason to write in 2nd person and that reason can come off as a gimmick.

One that made sense (although the reader isn’t clued in to the reason until the end) was Isabel Yap’s story “The Oiran’s Song”. A supernatural being is telling the main character the story of his life as her way of saying “I know you and I understand you”; he is an abused outcast who has never had anyone understand him, so the story is her gift to him. The revelation of who is speaking is a moving one.

More often this sort of omniscient telling would come off as creepy, though. How would you feel if someone started telling you things about yourself you thought no one knew? It would definitely be an assertion of power. I can’t think of an example but there must be some.

Much more common is a mix of first and second person, like when the story is in the form of a letter. In a “Do you remember when…?” story, there would be I did this and you did that. There can be more “you” in a letter addressed to someone the writer knows will never receive it, since then they aren’t worrying about annoying the recipient by telling them things they know or a version of events they disagree with. In either case, this form of narrative puts a lot of emphasis on the relationship between the first and 2nd person characters.