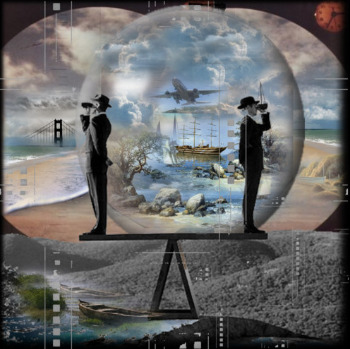 This is Part 5 in the Choosing Your Narrative POV Series.

We’re continuing our examination of eight POV approaches commonly used in Fantasy. (You can find links to the previous installments in this series at the end of this article.) This week we’re looking at another variation of 3rd Person that is more closely related to 1st Person than to the Omniscient 3rds. And, I’ll explain why I think a single POV is most often the best choice for a traditional fantasy narrative.

This viewpoint falls between Tight Limited 3rd (which we looked at in part 4) and the various Omniscient 3rds (which are coming up in the next installment). Looking at the POV name backwards again, we see that it’s 3rd person, therefore it uses the He/She/They (gender-neutral singular) pronouns. What is seen and heard is mostly limited to what the POV character witnesses. But that character is not the narrator, nor does the narrative voice match that character.

This POV style will sometimes record key moments and lines from the protagonists’ thoughts, almost like lines dialogue. They will often be recorded in italics, or perhaps even with quotation marks, with a speaker tag that tells us it’s a thought, rather than a spoken line, such as:

“That’s funny, I could have sworn I locked the dragon’s stall,” he thought.

The thoughts are highlighted in this way because the rest of the story is not told from within the head of that character, it is, instead, recorded by a metaphorical camera on their shoulder. This metaphoric video tape is then taken back to the studio where it is edited by a professional, a writer crafts a script, and a  voice actor records the narration to match the pictures.

Specifically and literally, the prose techniques: vocabulary, voice, choice of relevant details to portray and comment on, and the maturity or knowledge implied in how the action and events are portrayed and analyzed  do not necessarily or entirely match the protagonist.

The story never strays into scenes without the protagonist, but there is clearly a narrative voice of age and wisdom helping the story along.

When Simple Limited 3rd is used in genre fiction, it’s most likely to occur in stories featuring a child protagonist. It may also be found in fables, especially those with an animal as the protagonist. 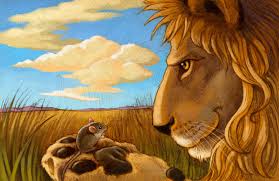 It can be recognized by vocabulary choices that are more lyrical or grown up than a child the age of the POV character would likely use, and by elegant descriptions of settings or items.

It can be recognized by the choice of events or details within the narrative that reflect a more mature perspective than the POV character would have.

And it will sometimes slip in an editorial comment or foreshadowing that reveals a knowledge of future events. 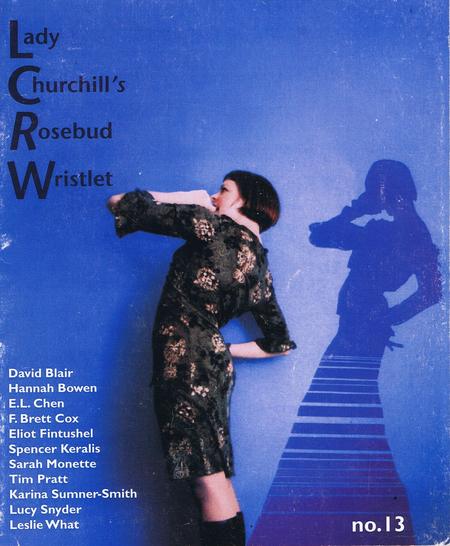 Tortellina adored her adventures with the Magnificent Dachshund.

At age five, her hair still curly and strawberry-white, like a dream the Magnificent Dachshund magically appeared and carried her off into the cricket-chirpy night. They zoomed out her bedroom window, down to the lower forty acres, past where the wildflowers became thickets…

They would stare up at the scattered stars in the sky and discuss one of the eighty-eight constellations officially recognized by the International Astronomical Union, or theoretical  astrophysics, or the attributes of various galaxies.

It is possible to discuss these things with a five-year-old, particularly a precocious one, but somehow, I doubt even the cleverest of five-year-olds could come up with all the right words and specific details in the last paragraph of the excerpt. I couldn’t have come up with all those words and specific details, had I not had a copy of the story to consult. 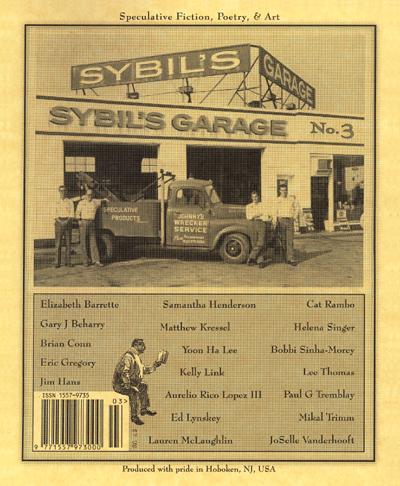 You’ll find a similar effect and style choices in the story “It’s What Isn’t There” by Lee Thomas, in Sybil’s Garage #3. (Sybil’s Garage was a lovely, but now sadly defunct, zine.)

The POV character is an eight-nearly-nine year-old boy whose mother has died recently.

Consider this excerpt (from the very short story) when the little boy is describing something that happened in art class.

It was really neat, and I figured some stuff out.

Like all the times you said, “I wish your mother was still here.”

In this case, the story uses the “I” pronoun, but some of the vocabulary choices, descriptions, and the choice of details and events to portray, or how they’re portrayed, is more sophisticated and elegant than a child would do. The explanation Mr. Baxter gives is believable; but it’s not really believable that a nearly-nine-year-old could parrot back the explanation exactly as Mr. Baxter said it.

It’s not a true 1st Person, in that, if you look closely, it isn’t really told by the child of that age. It’s actually a Simple Limited 3rd masquerading as a 1st Person POV.

Simple Limited 3rd and Simple Limited 3rd Masquerading as 1st Person are both particularly effective POV choices for fairytales and fables. As in this story, it allows the author to combine child-like logic, a fairytale narrative voice, an adult understanding of a complex visual phenomenon, and an understanding of the different ways grief manifests in both adults and children.

We aren’t likely to read a fairy tale about child suicide to a child. This story is not meant for kids. But by borrowing the tone of a fairy tale and a young protagonist, the story has a much stronger emotional impact than it could ever have if told from an adult POV. In an adult POV, we’d have to wallow in adult-type guilt which would include second-guessing and recriminations. A child protagonist can use a more pure and simplistic logic and come to a gut-wrenching conclusion. 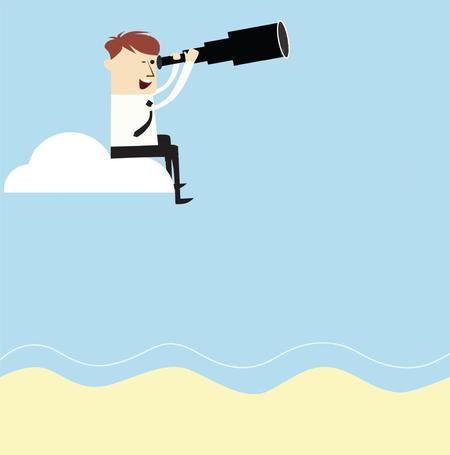 A final option is to pair Simple Limited 3rd with an Omniscient 3rd: Storyteller POV – where an outspoken narrator does a setup before the POV zooms into the limited POV of the character.

We’ll explore the Omniscient 3rds in a later section.

The Case for Single Character POV in Genre Stories

Before I get into the Multiple or Omniscient POVs, let me make the case for why they should mostly be avoided when writing commercial genre fiction.

I’ve seen a fair number of genre publications state in their submission guidelines that they won’t accept stories that use “head-hopper” or multiple points of view within a single story. I’ve even seen book publishers say this.

Most genre readers and publishers seem to prefer short stories that are limited to a single viewpoint, whether told in First or Third. I think this is born of a practical necessity. Good genre fiction focuses on the growth and depth of its characters, as mainstream and literary fiction does. But genre fiction also requires there be an active adventure plot going on at the same time. The word count of the story has to be split between these two requirements. The most expedient way to allow the reader to bond closely with the protagonist and then go off on a rollicking adventure is to stay exclusively in a single POV. 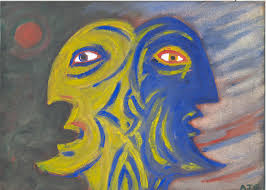 When you change viewpoints, you’re asking readers to switch alliances from one character to another. If it looks like you have abandoned or neglected a POV character the audience has already bonded with, it can pull readers out of the story. It can even be taken as a betrayal of the promises made at the start of the piece, and may cause some readers to put the story down.

With a little extra effort on the author’s part, even complex short stories can be told in a single viewpoint. 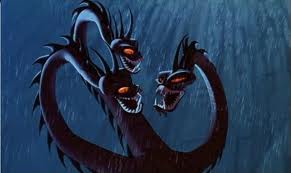 Certainly some stories and novels are best served by something like a Serial Limited 3rd (more on that in the next section), but too many authors make the choice to do multiple viewpoints simply because they’re being lazy, and it seems like the easiest way to tell the story.

But often, what’s easiest isn’t what’s best for the tale. If you choose to do multiple POV for a particular story, do it for justifiable reasons.

This is Part 5 in the Choosing Your Narrative POV Series. The previous chapters are:

Next Up: Serial POV – In its Myriad Forms.

You’re totally right about “The Magnificent Dachshund” as an example of an adult voice narrating from a child’s POV. I’m not so sure, though, about “It’s What Isn’t There.”

I spend a lot of time with my sons and their friends, a tribe of about a dozen neighborhood boys who range in age from 5 to 10. These kids are all really different from each other, with widely varying strengths, weaknesses, and interests. Every one of them from the age of 7 up can put on an adult’s word choice and diction when repeating or paraphrasing things they’ve heard adults say. They don’t always understand what they’re saying the way an adult would, but then, neither does that narrator in the passage you quoted. As soon as he’s done conveying his teacher’s explanation, he’s code-switching back into a diction level we’d expect from a nine-year-old.

Thinking back over the years I’ve been in a lot of social settings with young children, I’d say that, in six-year-olds, it’s much more unusual to see that skill. In five-year-olds, it’s remarkably rare, but I’ve still seen it happen.

In fiction, seven is the youngest I’d find it plausible for a child to be able to do that kind of code switching between his/her own voice and accurate imitation of adult voice explaining an adult’s idea.

Kids are weirder than we think.