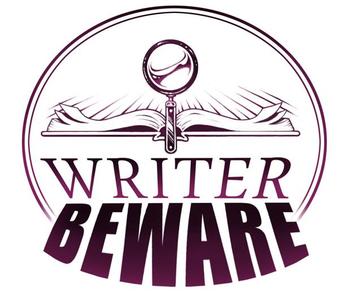 Victoria Strauss had a review column, Fantastic Fiction: Books for Younger Readers, in the first three print issues of Black Gate. She was marvelous to work with, and her column was one of my favorite parts of the magazine, but her own growing success as a novelist (Garden of Stone, The Burning Land, The Awakened City) soon stole her away from us.

With author A.C. Crispin, Victoria founded the invaluable Writer Beware, a SFWA-backed volunteer organization that roots out and exposes scammers and con artists preying on aspiring writers. Today Victoria announced the settlement of an ongoing suit that arose from those efforts.

I’m finally getting to post about something I’ve been keeping under my hat for quite some time… On March 18, 2014, America Star Books, formerly PublishAmerica, filed suit against me, Michael Capobianco, Rich White, and Writer Beware in the Circuit Court for Charles County, MD.

The lawsuit alleged defamation per se on the basis of two posts from this blog: one from March 2013 covering the second class action lawsuit filed against PublishAmerica, and one from January 2014 covering PublishAmerica’s new name and services as America Star Books. A total of $800,000 in punitive and compensatory damages was demanded, plus interest and attorneys’ fees…

After a long delay by the Maryland court, the case reached the discovery stage. Shortly after my attorneys sent interrogatories and discovery requests to ASB, ASB’s attorney, Victor Cretella, contacted us to discuss the possibility of a settlement. A final settlement was signed by all parties in January of this year. In exchange for agreement by myself, Michael, and Rich not to seek recovery of legal fees, ASB agreed to release all claims asserted against me, Michael, Rich, and Writer Beware, and to stipulate to Dismissal With Prejudice. ASB does not admit any lack of merit, nor do I and the other defendants admit any liability.