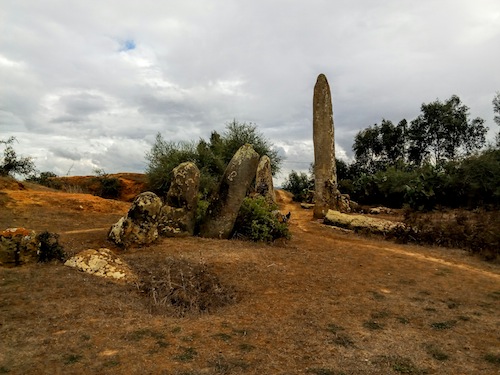 Mzoura (also spelled Msoura) was originally a large elliptical burial mound measuring 59.29 meters by 56.18 meters and surrounded by standing stones, which acted as kerbing stones. Most are low, less than a meter in height, and there are 167 surviving in place. The largest stone reaches 5 meters in height and is clearly visible for a long distance around. Locally it’s called El Uted (“The Pointer”). Two fallen stones lie next to it that are 5-6 meters high. The mound itself originally measured 6 meters in height so these stones would not have been nearly so prominent as they are today. The site is in fairly good condition although several stones have fallen and it’s apparent some have been hauled away. 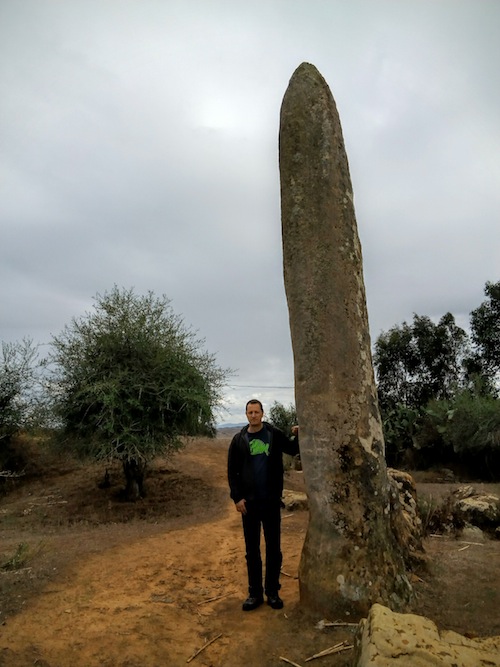 Yours truly next to the tallest standing stone, called The Pointer.
Photo courtesy Almudena Alonso-Herrero

Local Berber legend says it was built by the Djouhalas, a race of giants from pre-Islamic times. Plutarch, who wrote of the site in his Life of Sertorius, thought it was the burial place of Antæus, who was defeated in a wrestling match by Hercules. Another local tradition ascribes it to a Mauritanian king who lived around 3000 BC.

Mzoura was excavated from 1932 to 1936 by Spanish archaeologist César Luis de Montalban, who removed much of the mound to reveal the stones. Unfortunately, he died in prison during the Spanish Civil War before he could publish his findings and his notes were lost. There are vague mentions of finding a burial inside along with a sword and other items, but little is known for certain. He also excavated some nearby buildings that dated to the 4th and 3rd centuries BC, a time when the region’s first kingdom was being formed. Some later investigators have tried to find astronomical alignments between the stones, but this ignores the fact that they would have been half buried in the mound, with the mound itself blocking the view. 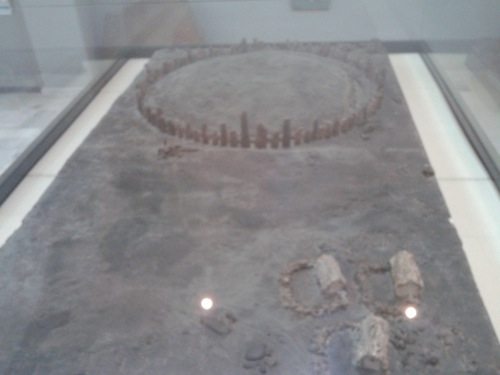 A reconstruction of Mzoura in the Archaeological Museum in Tetouan.
Sorry for the cloudy shot, that display case hasn’t been cleaned since the Stone Age

There is little else known about the site. Like the enigmatic stone circles of the British Isles, Mzoura leaves visitors free to make their own interpretations. It certainly sparked our imaginations.

Now we’re heading back to Morocco for a couple of weeks to explore more of that fascinating country, including a visit to the Roman city of Lixus, which I’ll blog about in January. This is the third year in a row we’ve gone to a Muslim country to avoid the grinding commercialization and forced cheer of Christmas. Thank you Islam, for giving us a place to hide! 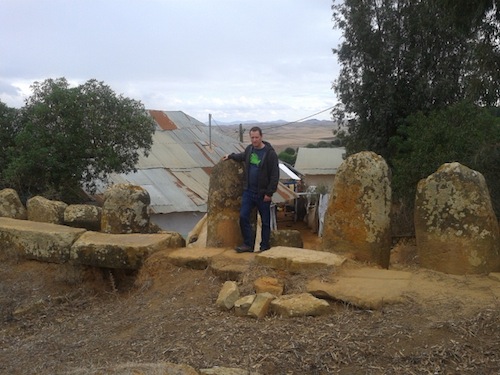 The village encroaches quite close to the site but there
has been little looting of stones or vandalism that I could see.
Photo courtesy Almudena Alonso-Herrero 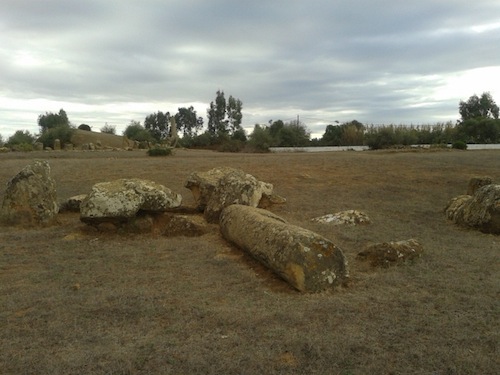 Part of the cluster of stones at a satellite site, comprised of a few enclosures
and some standing stones. Mzoura can be seen in the background 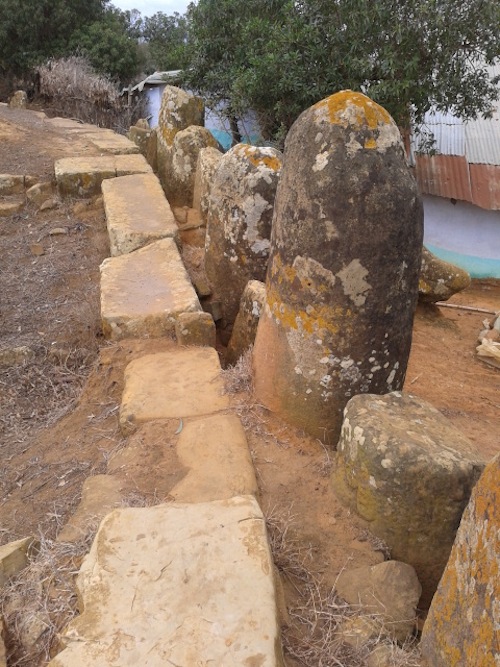 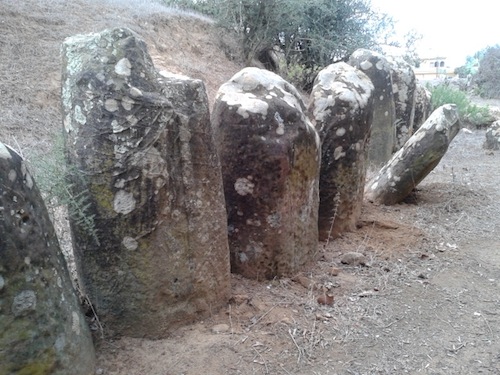 The exterior of the surrounding stones are far more weathered than the side
facing the burial mound, showing that they were half exposed to the elements.

Your posts are always must-reads for me. I had no idea there were sites like this outside of Europe.

There seems to have been a fair amount of contact between Atlantic Europe and n-w Africa in the late Neolithic. Archaeology and paleogenomics are opening up new vistas.