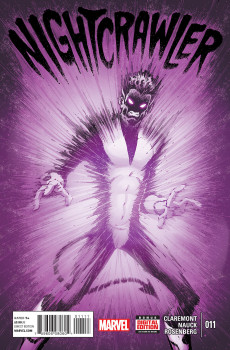 So far in this series, I’ve interviewed Marvel Associate Editor Jake Thomas, Assistant Editor Xander Jarowey, and Assistant Editor Heather Antos about their roles in the production process and their editorial voices.

Today, I wanted to e-talk about the sharing of creative territory between writer and editor. So, I’m having an e-conversation with Marvel Editor Daniel Ketchum, who edits A-Force, Magneto, Nightcrawler, Storm, X-Force, X-Men and other books.

Daniel, in an interview you mentioned that part of your job is deciding which villain the X-Men fight in the next issue. I suppose I assumed (naively) that the writer got to decide most things. How do you divide creative decision-making roles with your writers?

Haha. Truth be told, that answer I gave is more of an easy-to-grasp oversimplification of what Marvel editors do. Four times out of five, the conversation with a writer at the outset of a story arc starts with them pitching the story they want to tell. (That other one time is when something like AXIS or SECRET WARS comes up and you just shouldn’t avoid addressing it.) 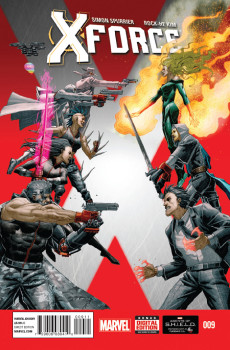 As the editor, you’re there to provide guidance — sometimes of the “checks and balances” variety — and help the writer craft the most entertaining, impactful story possible.

So, if Joe Writer comes to me and says, “I think Storm should fight Ozymandias in STORM #583,” I might respond, “That sounds great!” Or I might say, “Ozymandias is joining the Avengers so he can’t be the villain in this story.” Or, “Ozymandias is fine, but maybe we want to go with someone who has a higher profile… how about Apocalypse?”

So, editors play an important role in the decision making, but the goal is always that the writer is the guy or gal really driving the book.

You’ve worked with many writers. In those partnerships, you’ve divided the creative roles differently? How did you come to understandings about creative space when you’re working with someone new? And how much of this understanding is book-dependent rather than creative team-dependent, ie: do writers have more latitude on some books than other?

Well, the roles of “writer” and “editor” are pretty well delineated at Marvel and the division of fundamental responsibilities is pretty much the same on every project. So that at least provides some foundation to build upon.

But when it comes to the creative process, every working relationship is as different as the individuals participating in it… and that relationship can indeed change from one book to another. 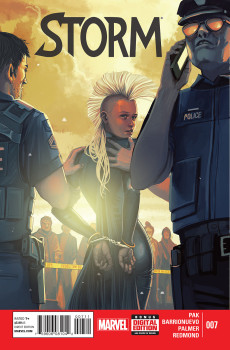 The business of publishing monthly comics moves SO fast, there’s not really time to have theoretical conversations about how any particular creative partnership should be structured, where the lines are. You just dive in and make comics and if you step on each others’ toes, you address it and then get back to making the best damn comics you know how.

I tend to be a pretty hands-on editor… if something in a story isn’t working, I’m not shy about breaking it down, tossing out ideas for how we might re-envision a scene or how we might take a writer’s idea and turn it on its side.

I like that “Writers Room” sort of vibe, where we spitball ideas and the best one wins.

So, all the characters you are working with at Marvel are important to fans, past, present and future. I’m interested in how the editor approaches their roles as custodians of characters and worlds that have to eventually be handed to the creative teams of the future. How much of the creative role of the editor is driven by that custodial responsibility? 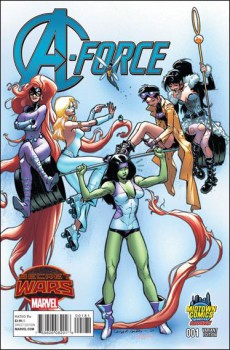 By definition, my perspective has a different scope than the writer’s. A Marvel editor has to think about the “well-being” of the characters and titles beyond the immediate story that’s being told.

So, in that “checks and balances” role that I mentioned before, I’ll tell writers where we need to pull back a bit, or where they can actually push the envelope a bit further…

Any parting thoughts on writers and editors working together?

A parting thought? I have SO MANY. This is such a big topic to tackle in only four questions!

And, actually, I’d love to see other voices add to the conversation because as I said, every working relationship is different and probably has its own cool stories about how when it comes to creative pursuits, 1 + 1 = more than 2.

Thanks, Daniel. I really appreciate the look inside the writer-editor creative relationship.

If you want to know more about Daniel, check out www.marvel.com or @danielketchum.

Derek Kunsken writes science fiction, fantasy and horror in Gatineau, Quebec and tweets from @derekkunsken. His story “Persephone Descending” appeared in Analog Science Fiction and Fact, and was selected for inclusion in Baen’s Year’s Best Military SF and Space Opera, and has also been podcast for free listening at StarShip Sofa.