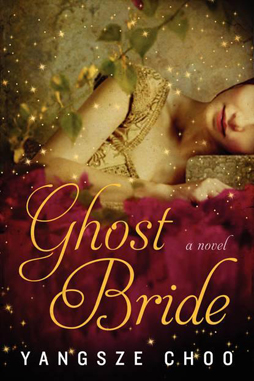 Yangsze Choo’s 2013 book The Ghost Bride starts out very much like a gothic novel. Li Lan, the beautiful young daughter of an impoverished scholar in the Chinese community of Malacca in the year 1893, draws a sinister marriage proposal from the rich and powerful Lim family: a ceremonial spirit marriage to Lim Tian Ching, the recently-deceased heir to the Lim wealth. But Li Lan finds herself drawn to Tian Ching’s cousin, Lim Tian Bai — and then Tian Ching begins to appear in her dreams, eager for their upcoming nuptials. She tries to exorcise him, and then what started as a gothic becomes broader and stranger. Li Lan enters a world of ghosts where she uncovers hints of corruption among the judges of hell, and then must undertake a quest into a further and yet more fantastical world, a Campbellian hero(ine)’s journey of dangers and guardian allies and magic items.

The Ghost Bride is a highly entertaining book, wonderful in the most literal sense. It’s the first novel by Choo, a Malaysian writer of Chinese descent living — at least as of 2013 — in California. She builds a remarkable setting, selecting the right details to create a sense of Malacca as a place without (at least to me, who knows nothing of Malaysia) over-exoticising her subject. It’s a tricky balance for a fantasy story. Choo’s highly conscious of the multiple cultures and overlapping histories of her city, and the way religions and magical beliefs accrete. But there’s always a sense of human reality behind the magic, a complex and living reality.

Choo adroitly describes the beliefs and ghosts at play without slowing her story down. Just as everyday things like food and clothing are described as needed, so holidays and folk practices are explained swiftly, naturally, and evocatively. Plot’s thus foreshadowed without being obvious, and the fantasy aspects of the book are set up, but in such a way that character’s deepened at the same time: the vivid setting informs the people in the book, and their choices, and their desires. And we see how different beliefs interact and come to inform each other.

At one point Li Lan reflects that:

It seemed to me that in this confluence of cultures, we had acquired one another’s superstitions without necessarily any of their comforts.

It’s a sharp observation, a suitably gothic thought. As the title suggests, The Ghost Bride is a tremendously elaborate ghost story — though not necessarily a horror story — and ghost stories are often stories grappling with history. So Choo’s Malacca is shaped by a history that comes out piece by piece as Li Lan struggles with her ghosts. Malaysian, Chinese, British, Dutch, and many other cultures meet in the pages of this book, and in asides and occasional mentions we come to understand something about how their blending built Malacca. And because our sense of the place is built up out of apparent incidentals, we always have the sense there’s more to the city, more history, more magic. Before you can have ghosts in a place you need deaths there, and before you can have deaths you need life: so the book succeeds in part because Choo creates a sense of Malacca as an intensely lived-in place. 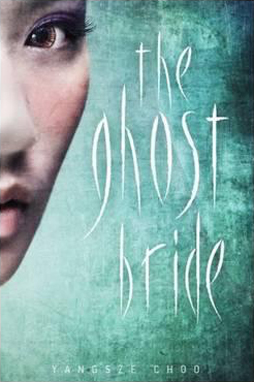 The interaction of various kinds of imperialism is constantly in the background of the book, for instance. Not only through the way in which different cultures negotiate a modus vivendi with each other, but through the way Choo’s characters are conscious of living in a colonial city at a distance from the metropole — from multiple metropoles, distant from Hong Kong, distant from London. There’s a yearning in Li Lan for the distant centres that coexists with an affection and pride in the place where she’s from; it’s a mix that feels true.

The colonial sense gains special poignancy, to me, from the particular kind of afterlife Li Lan encounters. Specifically, the Chinese afterlife she encounters has a legal structure with judges of hell and supernatural bureaucrats in divine service. Characters from other cultures apparently end up facing their own culturally-appropriate afterlife, but the point I want to make is that for Li Lan, the spiritual laws of our world are defined by a distant and unknowable authority which communicates only through servants and intermediaries. The result is a sense of the peripheral nature of the ‘real’ world, an implicit reversal which helps set up a surprising choice at the very end of the book.

Certainly the afterlife the novel describes is shaped by class and money. Goods and ‘hell currency,’ funeral money, are burned by living people in memory of the dead; and a running theme in the book is how ghosts receive these things and make use of them. So the better-off one’s relatives in life, the better-off one is in death. Class inequalities in the living world turn out to cast a long shadow. The basic problem facing Li Lan and her father, their lack of money, is not alleviated by the fantastical worlds Li Lan encounters. But then their poverty is only relative; a small group of servants live with them, who end up becoming important in the working-out of the plot. 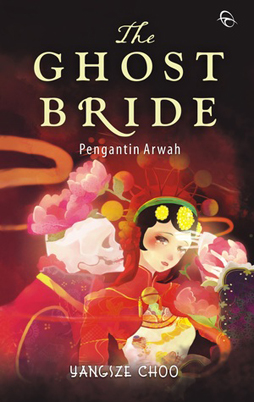 Which last also sets up the sense of the gothic in the early chapters. The genteel poverty, the virtuous daughter, the rustic and somewhat comedic servants — these all seem to come out of Ann Radcliffe or Regina Maria Roche. The colonial setting of the novel perhaps emphasises the similarity, but Li Lan’s problems are the problems of a gothic heroine: marriage, money, and ghosts. The 18th-century English gothic novel was typically set in the past, in a foreign land with a ‘foreign’ religion — often Catholic France or Spain. Superficially, The Ghost Bride looks something like that, being from the perspective of most Anglophones set in a distant land among unfamiliar beliefs. But the result’s different, the product of a writer at home in the setting and confident in dealing with the interplay of faiths. Inevitably, the book pushes the gothic formula into new and stranger places; Li Lan goes much further into the supernatural than the typical gothic heroine, and adventures further into the afterlife. From gothic the book becomes urban fantasy, then secondary-world fantasy.

And it’s always entertaining. The prose is polished, elegant yet well-paced. Sentence structure isn’t exceptionally complex, but is consistently varied: the book seems to fit nicely in the category of ‘New Adult.’ The characters are broad, as befits a romance. The plot relies on coincidence a bit too much, and at one point a character in deadly danger escapes with a bit of handwaving. But the story moves forward swiftly without feeling rushed, and the building-up of the supernatural is nicely timed.

Above all the texture of the story is rich, the setting spectacularly well-realised. There’s a misconception that the skill of ‘worldbuilding’ is something unique to speculative fiction; in fact every fiction has to build a world, has to create a setting. Choo does that exceptionally well in The Ghost Bride, both establishing a memorable version of 19th-century Malacca and also building fantasies that spin off from the real-world city. A remarkable entertainment with some beautiful imagery, The Ghost Bride deals, knowingly or not, in old gothic traditions; but Li Lan’s tale lives thanks to Choo’s storytelling power.