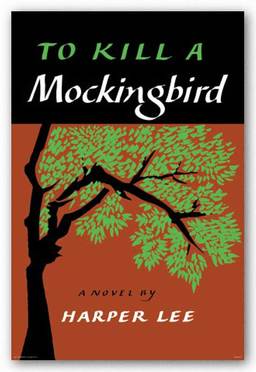 This is the kind of story you want to fact check several times to make sure it’s not a hoax. But it appears to be legitimate.

AP is reporting that a long-lost novel by Harper Lee, written in the 1950s and believed lost, has been rediscovered and will be published in a 2-million print run by Harper (the publisher, not the writer) on July 14. It is a loose sequel to her Pulitzer Prize-winning To Kill a Mockingbird, one of the most popular novels in the English language. The 88-year old author released a statement through her publisher today:

In the mid-1950s, I completed a novel called Go Set a Watchman… It features the character known as Scout as an adult woman, and I thought it a pretty decent effort. My editor, who was taken by the flashbacks to Scout’s childhood, persuaded me to write a novel (what became To Kill a Mockingbird) from the point of view of the young Scout.

I was a first-time writer, so I did as I was told. I hadn’t realized it (the original book) had survived, so was surprised and delighted when my dear friend and lawyer Tonja Carter discovered it. After much thought and hesitation, I shared it with a handful of people I trust and was pleased to hear that they considered it worthy of publication. I am humbled and amazed that this will now be published after all these years.

Go Set a Watchman is 304 pages, and will be published as it was written over 50 years ago. It will be Lee’s second novel, and her first new release since To Kill a Mockingbird.

I came late to To Kill a Mockingbird. It’s so often assigned, I figured I’d just wait until someone assigned it to me, or until I was teaching a course in which I would be remiss if I didn’t assign it, myself. But when I reached 37, the day still hadn’t come, so backtracked for it.

I’d absorbed bits of the film over the years, though I’d never seen the whole thing, so I knew the iconic trial scenes. What I got to find for myself, all fresh, was the humor of the book. What’s tragic is the more real for rubbing against what’s funny.

I can’t wait for Lee’s new novel. I’d follow her voice into any story.

This news — to someone who did a bit of research on Harper Lee’s enigmatic life a couple years back in order to deliver a presentation on the background of To Kill a Mockingbird — is mind boggling. This just took my breath away.

The strange, iconic American story of Harper Lee is this: the woman who wrote what many consider to be the great American novel of the 20th century: only. ever. wrote. that. one. novel.

No one thought that would be altered, given her advanced age. And yet here we are, with an announcement like this. The fabled first book, for decades thought lost! I’m especially curious to know where her friend found it — and how it managed to survive for fifty years without either being trashed or discovered before now.

I have to regard this with some skepticism … it’s her FIRST novel, not her second. Scout will not be a child, and the effectiveness of Lee’s portrayal of her child’s mind will not be there. I just don’t know if there’s much reason to think the book will be particularly good.

I tend to agree with you. To Kill a Mockingbird is an American classic, but the author was never able to complete another novel afterwards. Here we’re talking about her first attempt, which really just served as the gestation for the one that mattered.

My stunned reception to the news was not so much anticipation of another Lee book to read as it was my reaction to how much this alters the narrative of her biography. And maybe not necessarily to the better: having one great novel and one mediocre, passable, or even fairly decent novel is not as interesting as having one bona fide classic that happens to be the only novel you ever published. There’s a little more mystique to the latter…Like, I don’t know, a pitcher who comes in off the bench for the big game, pitches a perfect shut-out, then never plays baseball again. It’s a fascinating story in itself, which will obviously be somewhat diluted the moment this book is published, regardless how good it is.