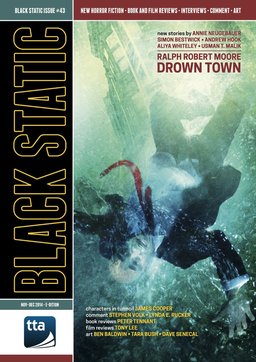 Black Static is a British magazine of dark fantasy and horror, edited by Andy Cox. It used to be called The 3rd Alternative, until it was acquired by TTA Press, the publishers of Interzone and Crimewave, and was relaunched as Black Static in 2007.

I reported on the first issues of Black Static I purchased, issues 40 and 41, back in October. I enjoyed both, and thought the magazine was deserving of regular coverage here at Black Gate. (Besides, we Black publications need to stick together.)

As we’ve mentioned before, magazines like Black Static are completely dependent on fans and readers to keep them alive. I hope this magazine survives for a good long time — but it won’t without reader support. In that spirit, I am very happy to shine a spotlight on Black Static. If it sounds intriguing, I hope you’ll consider buying an issue next time you find yourself browsing the magazine rack.

Issue 43 is nearly 100 pages and comes packed with new dark fantasy and horror, and top-notch art. As usual, the interior art adds enormously to the professional look of the magazine. Here’s the opening spread for “Drown Town” by Ralph Robert Moore (art by Ben Baldwin) 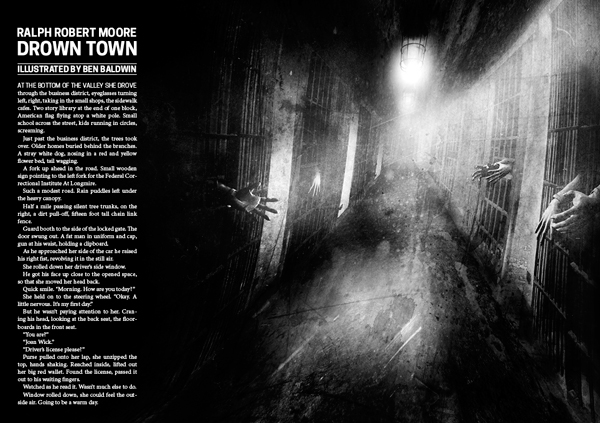 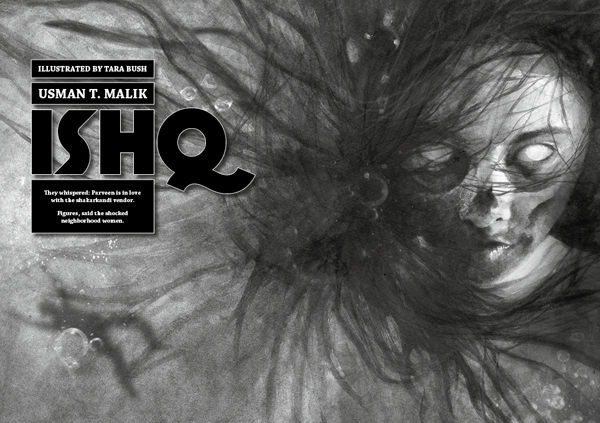 And “Black Lung” by Andrew Hook (art by Dave Senecal) 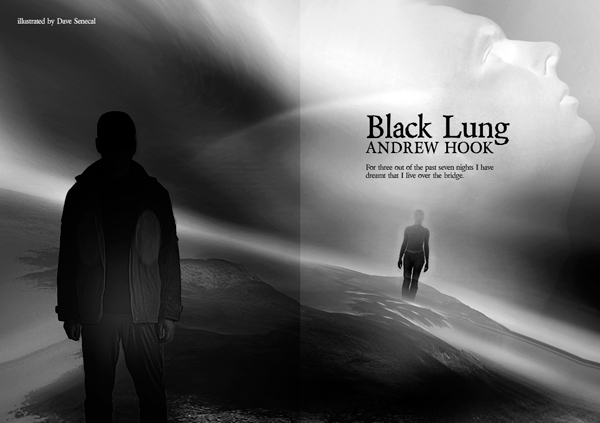 While we’re at it, here’s a snap of Tony Lee’s Blood Spectrum DVD/Blu-ray review column. 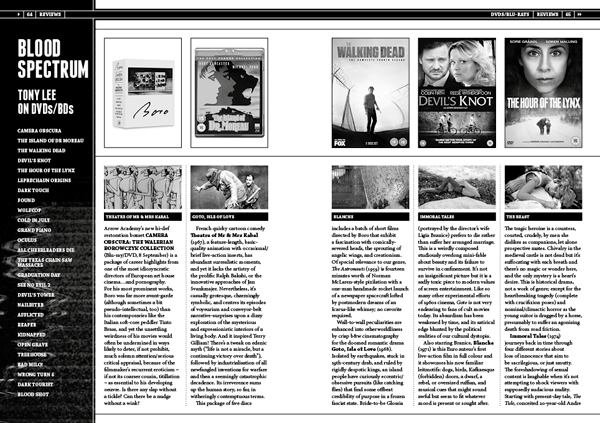 See more details and excerpts from issue 43 at the TTA website.

We last reported on Black Static with issue #41.