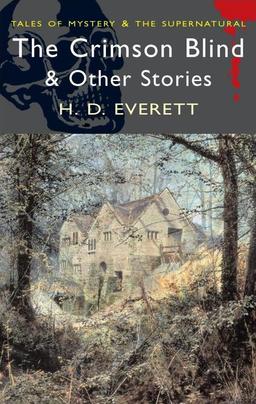 I haven’t had the opportunity to read much to my kids around the fireplace this holiday season, as suggested by Thomas Parker in his BG article Ghost Stories for Christmas.

But I have been sneaking a peek at my collection of Wordsworth’s Tales of Mystery & The Supernatural (or TOMAToS, for short) myself. As I’ve observed before, it’s the perfect line of books if you’re looking for great Victorian horror tales — and Thomas is right that cold wintry nights are the perfect time to be settling down under a blanket with a book of ghost stories.

One thing I appreciate about the Wordsworth TOMAToS books is that they’ve introduced me to several authors I likely would never have discovered on my own. M.R James, William Hope Hodgson, Wilkie Collins, Edith Nesbit… I was certainly familiar with their work. But Henry S. Whitehead? William Fryer Harvey? May Sinclair? I would not have discovered them if Wordsworth hadn’t made collections of their work available in an inexpensive and attractive format as part of the Tales of Mystery & The Supernatural. H.D. Everett is another fine example. Here’s the back cover blurb from her collection The Crimson Blind and Other Stories.

Mrs H.D. Everett was the last in a long line of gifted Victorian novelists who knew how to grip the reader through the invasion of everyday life by the abnormal and dramatic, leaving the facts to produce their special thrills without piling on the agony. “I always know,” says one of her characters, “how to distinguish a true ghost story from a faked one. The true ghost story never has any point and the faked one dare not leave it out.” From the chilling horror of “The Death Mask” to the shocking violence of “The Crimson Blind,” from the creeping menace of “Parson Clench” to the mounting suspense of “The Pipers of Mallory,” these thrilling stories were enthusiastically received by readers and critics when they first appeared, and are sure to delight and terrify the modern reader in equal measure. With their haunting influences, their permeating scents, their midnight apparitions and unexplained sounds, they plunge us, along with the hero or heroine, into a state of increasing nervous excitement.

Everett died in 1923, at the age of 72. Most of the fiction in this collection is set during or around the time of the first World War. This volume contains 16 stories, most no more than 10 pages or so, although it does contain the long novella “The Next Heir.”

I read the first story in the collection, “The Death Mask,” today, and found it very well crafted and effective — creepy rather than truly horrifying, with the ghostly presence both sinister and inscrutable. The prose is excellent, and I’m looking forward to trying more.

The Crimson Blind and Other Stories was published by in the UK by Wordsworth Editions in October 2006. It is 208 pages, priced at  £2.99 in paperback  ($7.99 in the US). There is no digital edition, but the book is still in print.

Adding this one to my Wish List to Santa. What an evocatively spooky cover–I have a weakness for creepy, dilapidated houses on book covers, hoping that the contents (inside both the book and the house) live up to the eerie promise of the exterior.

That would be an interesting thread, Nick – the greatest disparity between cover and interior.

I strongly suspect most of the covers are simply stock art — but nonetheless, I agree completely that this one is terrific. It’s deliciously creepy, and the cover was a major reason I selected this one to buy next.