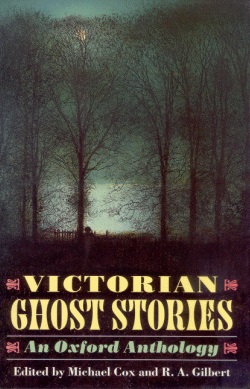 Now that we have passed the point of no return (also known as Thanksgiving), we have plunged irrevocably into the Christmas season, that time of the year which is richest in traditions, be they old or new, religious or secular, serious or lighthearted, shared with millions worldwide or kept hidden behind closed doors and reserved for the private humiliation of those we hold dearest.

Decorating a tree with lights and ornaments, kissing under the mistletoe, hanging stockings, singing carols — these widespread traditions are the instantly recognizable emblems of the season, while other rituals are restricted for a select circle. For one household the season’s signifier may be listening to Dad read the nativity story from the Gospel of Luke, for another group it may be gathering around the television to watch It’s a Wonderful Life, while for yet another family it may be nervously edging away as Uncle Carl begins his annual Yuletide disquisition on America’s inexorable slide into socialism.

Traditions come and traditions go, however. An observance that has largely faded from view is the once-widespread custom of reading ghost stories on Christmas Eve. As with many Christmas traditions, this one began in Victorian England. Of course long before the Victorians, Christmas was associated with the miraculous and the supernatural, but during those middle and later years of the nineteenth century, the season became explicitly linked with the overtly ghostly as well.

The Victorian era was the high-water mark of the traditional ghost story, which was a staple of the magazines and inexpensive books that vied for the attention of an expanding and prosperous middle class. These publications were hungry for content, and ghost stories helped fill that need. Some of the form’s greatest masters — Joseph Sheridan LeFanu, Amelia Edwards, Mary Braddon, Edith Nesbit, and M.R. James, among many others — wrote during this period.

However, it was Charles Dickens who was, more than any other person, responsible for the identification of one particular time of year — the Christmas season — with the explicitly ghostly. Dickens loved a good ghost story; he had, in the words of his friend and biographer, John Forster, “something of a hankering after them.”

The premier novelist of his age, he also edited two magazines: Household Words from 1850 to 1859 and All the Year Round from 1859 until his death in 1870. Dickens’s magazines had a lot of competition; the 1860’s especially saw a veritable magazine boom.

They were an ideal market for short fiction, and the ghost story was one of the most popular and widespread forms produced for them, and never more than during the holidays. Most magazines published a special Christmas issue, often with a particular emphasis on the ghost story, and Dickens saw to it that the Christmas numbers of his magazines (which enjoyed a wide circulation, largely because of his personal prestige) prominently featured such supernatural tales.

And of course, Dickens did more than just publish other people’s stories — he wrote his own. The one non-scriptural Christmas story that everyone knows (even if they’ve never actually read it) is Dickens’ 1843 novella A Christmas Carol, a tale which bears the subtitle, “A Ghost Story of Christmas.”

And a ghost story it is. Don’t let the Cratchits’ heartwarming antics or the pathos of Tiny Tim fool you — the appearance of Marley’s chain-clanking ghost and Scrooge’s graveyard encounter with the Ghost of Christmas Future are scenes of the supernatural that are as chilling as any you can read anywhere. A Christmas Carol was instantly and wildly popular and helped initiate and cement the connection that ghosts and Christmas continued to have for so long.

But what about now? A Christmas Carol is still a constant presence at this time of year, in versions and variations too numerous to count, which attests to the genius of Charles Dickens and to the lasting power of his story. 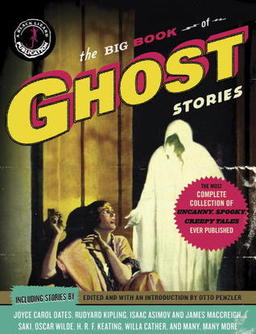 But beyond that, where are the rest of the Yuletide ghosts? It’s surely uncharitable to let poor Jacob Marley keep doing all the work. It’s been 171 years, after all; how about giving the guy the holiday off? After all, there are a lot of other good ghost stories out there.

Let me make a suggestion – try reviving this ghostly tradition of Christmas past. Twelve years ago, when my sons were twelve and eight, I turned back the cultural clock and took a page from the book of the old Victorians. On Christmas Eve, just before sending the boys off to bed, I turned off the electric lights, lit a few candles, and read a ghost story… and what do you know?

Those top-hatted, starch-collared, hoop skirt-wearing Brits had it right. There really is something about the season that is conducive to tales of the eerie and the supernatural.

Turning off the devices, darkening the room, lighting a fire, and actually reading, using that first and greatest of all storytelling technologies, the human voice — it’s a wonderful way to give yourself and your family an intentional pause in the midst of all the holiday turmoil, and it can also deepen your appreciation of the season by fostering a feeling of connection to the past, both your own personal past (if you keep the tradition going long enough) and that of our culture itself.

For my own family, it has turned out to be a gift that costs nothing but a little time and yet is highly valued. When my daughter got a few years older, she eagerly joined us, and now the Christmas ghost story is a firmly-set tradition that we wouldn’t miss for anything. 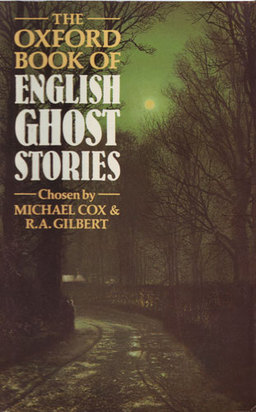 What you read is up to you. I favor stories that are actually from the Victorian era, or if they’re not, are at least traditional in form. Length is also a major consideration; I’ve found the ideal reading time for both my voice and my listeners’ attention spans to be from around twenty to thirty minutes. Additionally, in selecting a story the appropriate “fright level” needs to be considered, especially if children will be in the audience.

Twelve years ago, I started my boys off with E.F. Benson’s “The Room in the Tower,” which is as bloodcurdling a nightmare as anyone has ever put to paper. I have no idea what I was thinking. My sons ate it up though, and the only complaint I’ve ever received is that the story wasn’t scary enough. Your mileage may vary.

Over the years we’ve read, among others, “Lost Hearts” by M.R. James, “Smee” by A.M. Burrage, “The Upper Berth” by F. Marion Crawford, “A Visitor From Down Under” by L.P. Hartley, “To Be Taken With a Grain of Salt” by Charles Dickens, and “Blind Man’s Buff” by H.R. Wakefield, which is probably the champion scare-getter so far. The boys still talk about that one, and I may have to do an encore soon. Any of these are fine for reading aloud.

These stories and many others can be found in two books that should form the cornerstones — or headstones (heh, heh, heh) — of any ghost story lover’s library: The Oxford Book of English Ghost Stories and Victorian Ghost Stories: An Oxford Anthology, both edited by Michael Cox and R.A. Gilbert. There’s also The Big Book of Ghost Stories, edited by Otto Penzler, and so recent (and so wonderfully enormous) that I haven’t had time yet to begin sifting its treasures.

I’ve already made my selection for the 24th of December, but I’m keeping it a secret until the lights go out. If you’re in the mood for a fright, come on by — there’s still room on the couch.

Or better yet, make this the year when you start your own ghostly Christmas tradition. You won’t be sorry — of that I’m certain… dead certain!

Ghost stories on Christmas Eve sounds like something for all those poor children who have to wait for presents until the next day. Got to get at least some kind of entertainment out of a day that is nothing but boring obligations that appear to matter to grown ups.

No place for stories in christmas for German kids. We were all bussy with our new toys.

[…] I haven’t had the opportunity to read much to my kids around the fireplace this holiday season, as suggested by Thomas Parker in his BG article Ghost Stories for Christmas. […]