I just spent a few weeks in Beijing as a tourist with my son. We hit a lot of temples and museums to see the classical medieval Chinese architecture and technology. I was struck by the beauty and strangeness of some medieval technology, especially astronomy and the measurement of time.

Medieval Beijing tracked time for lots of reasons and they divided their night into five blocks of two hours:

Two towers, the Drum Tower and the Bell Tower, signaled time for the city. The 1.4m in diameter drums were beaten and 7m-tall bell rung with a log as a clapper at the first and fifth gengs. The other gengs were marked by bell alone, and at the first geng, the city gates were closed and streets cleared.

But how did they know what time it was in medieval Beijing? 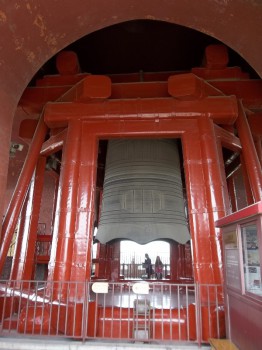 The bureaucrats had lots of neat ways to tell time. They had pretty intuitive stuff, like time-keeping candles and sundials. They also had weird stuff like a clepsydra, a big copper set-up that measured time by regulating the flow of water through small holes. Apparently, China had it as early as the year 1030.

They also built clocks based on rolling balls, that were 2.2m high, 1.4m wide. Each metal ball rolled along copper pipes and struck a cymbal every 24 seconds, thus establishing something regular to be measured. They also had a fire clock, which burned calligraphy-shaped incense: 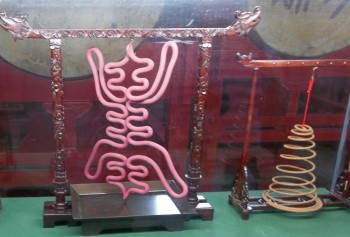 I visited the Imperial Observatory of the Ming and Qing Dynasties, built in 1442, not long after the Ming emperors moved the capital to Beijing in 1421. Here’s a drawing —  for scale, the stairs to go to the top of the observatory. 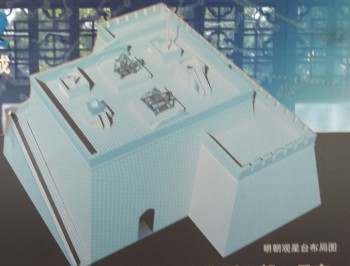 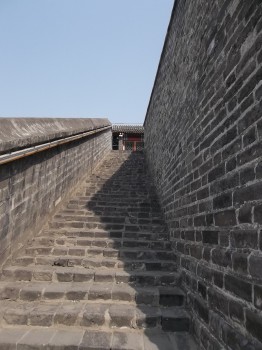 Concepts of Astronomy: The medieval Chinese astronomers divided the sky into 3 celestial regions and 28 lunar lodges (sub-regions), against which the movement of the five planets were measured. The 28 lodges were further divided into the four cardinal directions:

They tracked astronomical phenomena for spiritual and heavenly reasons, as well as to track things like agricultural schedules. They used a variety of tools to measure the skies with naked eyes. A simple square table with a gnomon (that thing that sticks up in a sun dial to cast a shadow) to determine the azimuth of celestial bodies by equal altitude method. This was designed by Guo Shoujing in the 1300s. 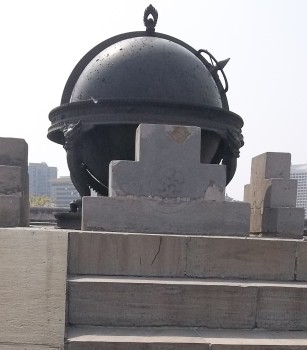 They made maps of sky and cast them in bronze and copper as models called armilla. This big one is the ecliptic armilla on the roof of the observatory used to determine differences in ecliptic longitude and the altitude of celestial bodies.

The Chinese also had quadrants and other tools that may have been independently developed in China or that reached then by either the Silk Road from the Arabs or by the Jesuits (although by then we’re getting into the 17th century). 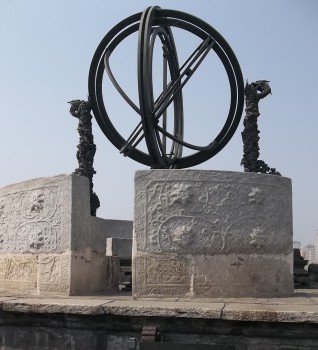 The beauty of the craftsmanship and the kind of technological sophistication in medieval Beijing struck me as a rich source for material for fantasy writing and film-making. Medieval China, like medieval Europe, is relatively late in the whole time-keeping and astronomical game, being only a few centuries before Kepler, and already into the age of artillery. Yet these technologies, in one form or another, and the conceptualizations of time and cosmology, are very ancient, with long histories going back millennia around the Mediterranean. The inclusion of that sophistication would add to the vitality and power of fantasy.

I’ll see what I can dig up from my photos of the Summer Palace and the Forbidden City for more medieval Beijing, and perhaps some pics from the Western Zhou museum in Sichuan, to show my favorite period of Chinese history – the Warring States period.

Derek is a writer of science fiction, fantasy, and sometimes accidentally horror, living in Gatineau, Québec. You can find out more about Derek at www.derekkunsken.com or @derekkunsken.

How cultures conceptualize and measure time is an important detail of worldbuilding. Thank you for sharing these beautiful, unfamiliar timekeeping technologies.

You might get a kick out of this 7th century observatory in Korea. In person, it feels much bigger than it appears to be in these photos.