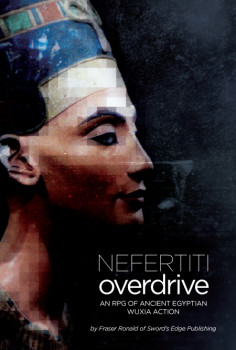 Be careful with your add-ons. Listen, I love little extras – like dice or pins – but every time you include another aspect of the Kickstarter over which you have little to no control, you are putting delivery at risk. I had dice and a helmet. It worked well, though dice increased the cost of shipping because of irregular package sizes. For my new Kickstater, I’m only offering extras that I control.

Engage with your backers and get them on side. You can amplify your efforts to get the word out if you ally with your backers. Get them excited about your project and they’ll help you bring eyes to your page. That’s what you need.

Don’t forget, your target number includes a lot of secondary and tertiary costs. Right off the bat, Kickstarter is going to be taking some money off the top for their cut and the fees for processing payments. Then there are the costs of delivering both the core product and any add-on rewards. Make sure that the cost of delivering rewards is no more than 25% of any given pledge level.

I don’t want to harp on time and money, but you have to understand that it is going to take more time and more money than you expect. If you set your target artificially low, the extra money will be coming out of your pocket. Promise to deliver too early and you’ll be explaining to your backers why the rewards are late.

I hope this helps. I’m putting these lessons to work in my new Kickstarter, Nefertiti Overdrive: Ancient Egytian Wuxia, so I’ll let you know how that works out.