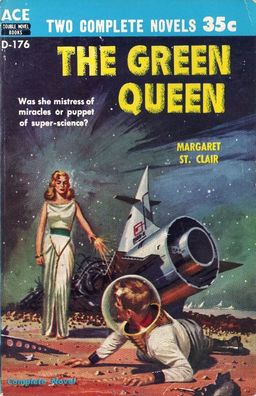 I think I’ve read — and written — more about Gygax’s Appendix N in the last year than I have in the past three decades.

I’m not sure why there’s been such a recent surge of interest in a relatively short addendum to a 1979 gaming volume, to be honest, but I credit James Maliszewski. He’s examined Appendix N more diligently than any other fan writer, with several intriguing articles on his popular gaming blog Grognardia over the years.

Those include “My Appendix N” (from May 8, 2009), in which he answered the question “What fiction has influenced your campaigns, play styles, and writings?”; “Appendix N 2.0” (June 28, 2010), which reviewed the more extensive list of recommended books Gygax compiled thirteen years after the publication of the DMG, for his 1992 fantasy RPG Mythus Magick; and “Appendix N, 1981 Edition” (June 15, 2011), examining the fantasy authors “whose works are relevant to D&D,” as cited by the authors of What is Dungeons & Dragons?

Perhaps most fascinating, one of James’ earliest articles on the subject was “Addendum to Appendix N,” (November 25, 2008), in which he published Gygax’s answer to the question “How would Appendix N change if you’d written it in 2007 rather than 1979?”:

The fact is that I wouldn’t change the list much, other than to add a couple of novels such as Lanier’s second Hiero yarn, Piers Anthony’s Split Infinity series, and the Disc World books.

I would never add other media forms to a reading list. If someone is interested in comic books and/or graphic novels, they’re on their own.

I think it’s probably safe to say that James has been the king of Appendix N scholarship for the past five years. (Read the complete text of Gygax’s original Appendix N here).

Of course, there have been other writers and bloggers who’ve taken their own tour through that famous list, such as Martin Ralya, and the forum participants at RPG.Net — and even the fine folks over at the The Cimmerian (though that link, and indeed the entire Cimmerian site, is currently dead. I hope that doesn’t mean the site is gone for good.)

James has broadened his scope in the past year, with his Black Gate articles “The Other Appendix N,” detailing the recommended reading list in the 1978 edition of RuneQuest, and — one of my favorite gaming articles of the past year — Appendix T, in which he uses diligent detective work to brilliantly retro-fit an Appendix N for the original version of the science fiction RPG Traveller.

James hasn’t been the only one to delve into Appendix N scholarship for us. Pete Nash, co-author of RuneQuest Sixth Edition, followed up on James’ “The Other Appendix N” post with “Appendix N: Carrying on the Flame,” a thoughtful look at the literary influences of his new edition, which lean towards the “darker, more mature Sword and Sorcery” of the last several decades, including the novels of Glen Cook, David Gemmell, and Julian May, as well as Thieves World.

But the Lewis and Clark of Appendix N scholarship have been Tim Callahan and Mordicai Knode at Tor.com, who set out in June 2013 to read through every author Gary Gygax cited as an influence on Dungeons and Dragons. They completed their literary journey on December 23rd with J.R.R. Tolkien.

But before they finished with Tolkien, they covered two less well known 20th Century fantasy writers: Margaret St. Clair, and Andrew Offutt. We’re here today to see what they thought of both.

Let’s start with Tim, who opens with his thoughts on St. Clair’s 1969 novel The Shadow People:

It’s like underground comix meets Timothy Leary meets AD&D module D1: Descent into the Depths of the Earth… This is definitely a book that reads like a paranoid fever dream, and it relates to that whole old-school gaming concept of the dungeon as “mythic underworld.” In this case, it’s not just the underground that’s full of crazy things that don’t make sense — it spills over into the “real world,” but in such an extreme way that it calls into question everything we think we know.

You know what it reminds me of? I mean, it’s not a real thing, but it’s like a cruel Terry Gilliam interpretation of Matt Wagner’s Mage with elves and dwarves as portrayed by the CHUDs from that Descent movie.

It’s kind of sickening, though, not in its gruesome events, but in the overwhelming instability of its entire world. It’s definitely the most frightening book I’ve read out of the whole of Appendix N, and I like that about it. 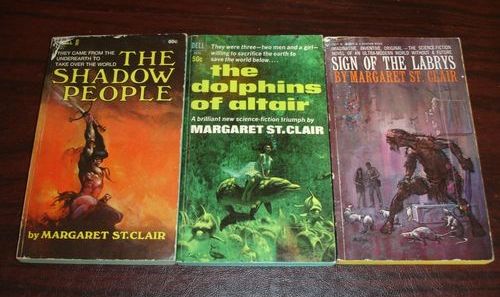 The first thing I thought of was Richard Sharpe Shaver, the source of Dungeons and Dragons’ derro, which were of the stripe of “weird fiction” where the author claimed it all to have happened, just so. The Shaver Mystery gave us the creepy maniacal half-dwarves, but it may also have reflected very real mental health struggles the author was having. So yeah, if your novel starts out the kind of creepy that makes me wonder “is everything okay?” then yes, you’ve got my attention…

The thing is… this seems more like something that would inspire the World of Darkness more than Dungeons and Dragons. Our world, but the secret underworld just out of sight? Cryptic clues from otherwise normal people? The most Dungeons and Dragons angle so far has been the discussion of grey, black, green (and maybe white) Shadow People. From goblin, hobgoblin, bugbear or hill giant, frost giant, fire giant, that is built into DnD.

I’d like to offer my usual critique of Tim and Mordicai’s analysis, but they’ve ventured well outside my realm of expertise with Margaret St. Clair. I’ve never read any of her novels, and it I read any of her short fiction, I don’t remember it. 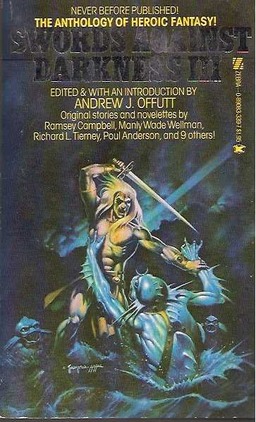 Next up is a name that should be a lot more familiar to Black Gate readers: celebrated fantasy author and editor Andrew J. Offutt — who died just last April (read his BG obituary here.)

Curiously, Andrew Offutt had a singular honor in Appendix N — he’s the only editor to be singled out for a solitary work. Here’s the complete text of his mention:

Well, maybe it’s not such an honor. Offutt was a prolific writer and had a lengthy career as a fantasy novelist, producing many pastiches – including three Conan novels and six Cormac Mac Art books, as well as the War of the Wizards trilogy (co-written with Richard K. Lyon), the War of the Gods on Earth trilogy, and a dozen standalone novels such as My Lord Barbarian (1977).

He was also an extremely popular contributor to Thieves World, with stories in each of the first four anthologies, and two complete novels: Shadowspawn (1987) and The Shadow of Sorcery (1993)

His Thieves World work appeared well after the original Appendix N was published, so Gygax can probably be forgiven for overlooking that. But he had the truth of it: while Offutt was a tireless author and fantasy promoter, outside his Thieves World fiction his greatest contribution was doubtless his editing work, especially his five seminal Swords Against Darkness volumes.

Oh and the oddities! Escaping from giant bloodsucking paper moths in “The Pit of Wings”; trying out Alexander the Great’s solution to the Gordian Knot on a lunar cult in “Rite of Kings”; Darrell Schweitzer’s “The Hag” and its sort of Baba Yaga, witches’ esbat swagger; there is solid stuff in here. Heck, “The Mating Web” by Robert E. Vardeman is a fun aside: a story where the brave hunk of warrior turns out to be the sidekick, of sorts, to a giant spider. Sidekick, confidant, marriage counselor — six of one, half dozen of the other.

It ends with Poul Anderson’s essay “On Thud and Blunder”… It is Poul Anderson, Golden Age giant, telling people that if they want their fantasy story to make sense, you have to put in sensible worldbuilding elements… A plausible world is the cornerstone of verisimilitude. You can “buckle your swashes” as Anderson puts it, but the sensible construction of the world is what puts the exceptional into stark relief. It is right on advice, but I think now days we take it as read…in big part because, and I’m speculating, Gygax liked this so much that he spread the word, that [it] became one of the roots of Dungeons and Dragons. 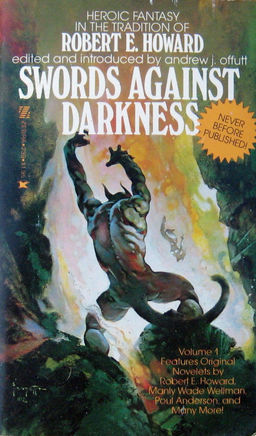 We last covered Mordicai and Tim’s journey into Appendix N on December 30, when they discussed Lord Dunsany and Philip José Farmer. The list of authors they’ve covered so far includes:

Next up in the Advanced Readings in D&D series: Leigh Brackett and J.R.R. Tolkien.

Based on this post, I picked up Margaret St. Clair’s The Shadow People at Uncle Hugo’s — the same paperback edition pictured in the article!

I’ve also got a recent collection of Jack Vance’s Dying Earth series on its way in the mail, and I’ve tracked down some others from the Appendix. I’ll be doing some catching-up reading for sure.

[…] Black Gate — “I’d like to offer my usual critique of Tim and Mordicai’s analysis, but they’ve ventured well outside my realm of expertise with Margaret St. Clair. I’ve never read any of her novels, and it I read any of her short fiction, I don’t remember it.” […]