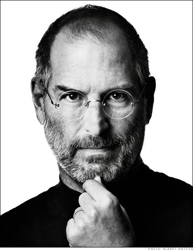 Apple’s long-running legal battle to prove that it did not mastermind a conspiracy to price-fix digital books ended yesterday with a guilty verdict.

In April of last year, the US Department of Justice filed suit against Apple and the largest book publishers in the United States: Hachette, HarperCollins, Macmillan, Penguin Group, and Simon & Schuster. All the publishers settled, and only Apple chose to fight the battle in court. Yesterday, U.S. District Court Judge Denise Cote sided with the DOJ, saying that Apple played a “central role” in the conspiracy and that Apple and the publishers conspired to eliminate price competition in the emerging digital books market.

The legal battle and the discovery phase leading up to it, have been very much in the public eye. One of the most fascinating aspects (at least for people like me, whose eyes glaze over at 80-page legal documents) was the publication of behind-the scenes e-mails between Steve Jobs and publishers as they hammered out the details of the scheme. The Atlantic reprinted several of Jobs’s e-mails from January 2010, including an exchange with James Murdoch at News Corp, negotiating on behalf of HarperCollins:

Jobs wasn’t willing to compromise. He sent this reply to Murdoch the same day, arguing that Amazon’s pricing wasn’t sustainable and would train people to think that ebooks were cheap. Jobs also reminded Murdoch of Apple’s vast reach–“over 120 million customers with credit cards on file.” You need us more than we need you, he seemed to be saying.

Hatred of Amazon’s discounted ebook pricing strategy seemed to be the engine of the entire conspiracy and Judge Cote made specific mention of it in her ruling:

Before Apple even met with the first Publisher Defendant in mid-December 2009, it knew that the “Big Six” of United States publishing… wanted to raise e-book prices, in particular above the $9.99 prevailing price charge by Amazon for many e-book versions of New York Times bestselling books and other newly released hardcover books. Apple also knew that Publisher Defendants were already acting collectively to place pressure on Amazon to abandon its pricing strategy… The Publishers conveyed to Apple their abhorrence of Amazon’s pricing, and Apple assured the Publishers it was willing to work with them to raise those prices.

Apple contends that it has done nothing wrong, and plans to appeal the verdict.

Apple seems locked on $9.99. That appears to be the going price for music albums on iTunes, unless there is a sale.

I’m sorry, but I can’t believe anyone who says that e’books cost as much to produce as print. Initially, maybe, but once your infrastructure has been built, it no longer costs (other than the usual fee to keep a site up.) I seriously doubt it costs as much as using/building/renting warehouse space and spending money on raw materials and printing physical books.

Sounds like raising e’book prices to near or at the physical book price means more money to the publisher, in the end, and less value to the consumer.

I could be wrong.

“Sounds like raising e’book prices to near or at the physical book price means more money to the publisher, in the end, and less value to the consumer.
I could be wrong.”

I don’t think you are wrong

> I’m sorry, but I can’t believe anyone who says that e’books cost as much to produce as print.

Can’t argue with you there.

I do credit Steve Jobs (and the publishers he worked with) with teaching America the value of digital books. When ebooks first arrived, there was a lot of discussion about ebooks becoming essentially free. After all, books were nothing but paper and distribution costs, and if those were removed then they should be almost free, right?

The true costs of a novel are the royalties (to the writer) and marketing and opportunity costs (to the publisher). Eliminating paper and distribution costs don’t eliminate those costs.

Thanks for the post John. But I’m still confused. I understand the verdict. But, overall, were Apple’s actions good for the publishing industry or bad? There seems to be some ambiguity here.

What I think Amazon understands better than Apple or the publishers is the price that people are willing to pay for digital media. It seems to me that at about 12.99 US, people start to dither about buying an audiobook, ebook, or MP3 album. To say nothing of a Netflix subscription.

On one hand, Apple and the publishers colluding is legally wrong. They are guilty of wrong doing. on the other hand, I don’t like when distributors (like Amazon or Walmart) use their clout to force pricing on the manufacturers. It’s bullying, even if they happen to be right on the price point.

I tend to side with Amazon because they are not forcing companies to sell books at a loss, just cheaper than the publishers would like.

If collusion were in and of itself wrong, surely AT&T would be broken into pieces all over again (Remember Ma Bell?) for violating anti-trust legislation. After all, they control my phone (land line), my phone (cell), and my internet. Hmm.

Oh, and don’t get me started on eBay and Paypal. The one owns the other and vice versa. I wish they’d go public so I could buy stock.

Finally, speaking as an author who has a new ebook (novella) out this month, I’d like to think that the publisher is the one setting the price at all times, and not the gadget maker on which the book may be read.

But then, I’d also like to think that pop singers never lip synch or use auto tune.

On the plus side, I agree with John that almost any strategy that helps convince the world of the value of print material has at least a silver lining.