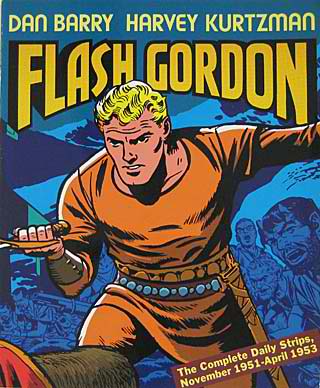 “Mr. Murlin” was artist Dan Barry and writer Harvey Kurtzman’s follow-up to “The Awful Forest” and was published by King Features Syndicate from December 31, 1952 to April 20, 1953. The story would be the last pairing for the team, although Barry would continue on with the strip until 1990.

Their finale marks another departure from the formula. Flash and Ray stumble upon a medieval cottage in a forest clearing and, knocking upon the door, they encounter Mr. Murlin, an alchemist from 14th Century Earth who inexplicably recognizes Flash and Ray. The old man has an adolescent daughter, Marilyn, with whom Ray has his first crush. Murlin explains how he invented a time case through which he traveled far into the future and to another world.

Flash views the future by looking in the time case and sees he is reunited with Dale. Eager to know when the reunion will occur, Flash is startled to see Dale emerge from the back of the cottage. Murlin tells him he found her wandering in a dazed state in the forest and gave her refuge. Dale explains that she looked into the time case and saw that she would be reunited with Flash in the cottage and so has waited for him. This accounts for Murlin’s knowledge of Flash and Ray’s identities.

Ray is eager to learn of his father’s fate. Murlin tells him he met his father and the time case showed him reunited with his son on Earth. Ray’s father returned to Earth by rocketship and Murlin has repaired Flash and Dale’s rocket to enable them to return home as well. That night, Murlin explains to Flash why he chooses to remain a hermit light years and many centuries from his home. The time case shows Murlin’s return to Earth where he is assassinated. Neither Murlin nor Flash recognizes the murderer. Flash convinces him he cannot dodge Fate forever. Murlin agrees to accompany them home. 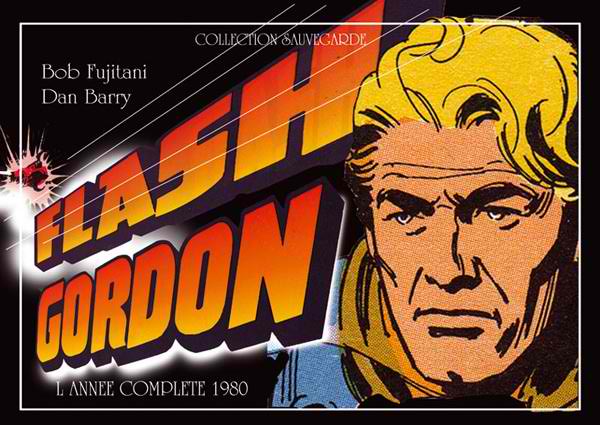 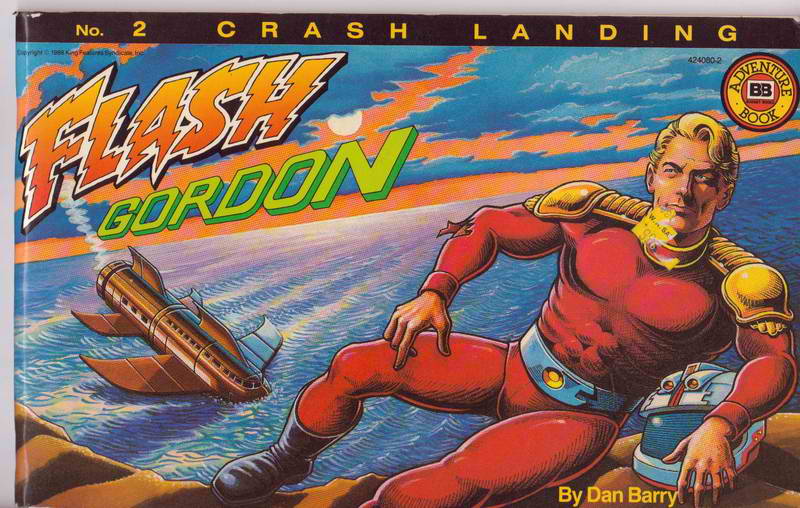 Flash and Dale are given a heroes’ welcome on Earth, with the press eager to hear of their adventures on Jupiter. Ray is overjoyed to be reunited with his father. The celebrations are curtailed when a deadly poison gas seeps from their rocketship. Flash joins the fire department in the investigation and discovers the poison is emitted from two canisters that were hidden inside the time case.

Murlin examines the canisters and concludes they come from 1000 years in the future when the city will be devastated by the same deadly poison gas. Flash travels to the 30th Century before the city is destroyed to try to learn the cause. He returns home with newspapers from 900 years in his future and discovers a photo of Murlin’s future assassin, identifying the man as a racketeer with a waterfront gang.

Flash returns to the 30th Century, where he is overcome by the gang and subjected to a truth serum. The gangsters return to the 21st Century via the time case and take Marilyn hostage to force Murlin to help them. They travel back in time to Germany in 1945 and steal the newly discovered poison gas canister from the Nazis. Flash rescues Murlin and Marilyn, but is shot during the escape. Marilyn carries the wounded Flash to safety in the time case, but her father is recaptured.

Setting the gas canisters to detonate in the 30th Century, the gang boss disguises himself as Murlin and tricks Flash into rescuing him. Murlin escapes his captor, the gangster fated to assassinate him. The enraged gangster climbs aboard the time case and mistaking the gang boss for Murlin shoots him in cold blood. Murlin’s vision of the future was misinterpreted. He saw the death of the gang boss and not his own murder. Accepting the fact that the poison gas is fated to create a dead city 900 years in Flash’s future, Murlin vows to stop tampering with time. He and his daughter make one last trip to return to the 14th Century where they belong as this time-traveling tale reaches its conclusion.