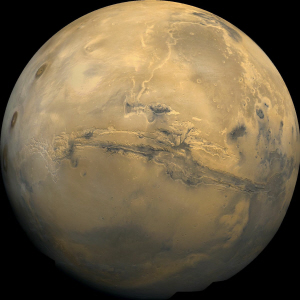 As I type this, the one-ton Curiosity, the largest rover ever sent to another planet, is nearing an historic landing on Mars. It is scheduled to land at 1:31 a.m. Eastern Standard Time tomorrow morning, in slightly more than two hours.

Curiosity is already famous for several reasons. The $2.6 billion atomic-powered robot carries perhaps the most sophisticated mobile lab ever built — including 17 cameras, a laser, instruments that can analyze soil and rock samples, and a telecommunications system that can beam the results hundreds of millions of miles back to Earth.

It’s also famous for a series of videos depicting the “Seven Minutes of Terror,” the almost impossibly complex landing sequence — involving the world’s largest supersonic parachute, a sky crane, and no less than 76 precisely timed explosive charges — that will decelerate the rover from 13,000 miles an hour to zero in just seven minutes, delicately depositing it on the Martian surface. At 1,986 pounds, Curiosity is much too large for any previously-designed landing sequence to work.

I cannot do justice to the amazing scheme JPL has cooked up to slow the rover. I leave that to William Shatner, who narrates a 4-minute summary of the planned landing here. No, he’s not kidding. It really is that crazy.

I am very, very excited about this landing tonight. But like the entire staff of NASA, and much of the rest of the world, I’m also very concerned about all the things that could go wrong. I will spend much of the next two hours with my fingers crossed. CNN will be broadcasting live coverage of the landing, starting at 11:30 p.m. Eastern tonight.

I’m rooting for you Curiosity. Make it down in one piece, buddy.

Update: NASA reports that the SUV-sized Curiosity touched down safely on Mars, transmitting black and white images back to Earth. Higher resolution color images are expected later in the week. Way to go, Curiosity!

The landing was a magnificent piece of engineering and human ingenuity that proved America can still do great things. I encourage everyone to get involved with organizations like the NSS, Mars Society, etc. to make sure we keep funding space exploration – not just for the sake of America but for all of humanity.

Congratulations to NASA and its partners. Truly remarkable!

Indeed. Well worth keeping my children up to watch it!

In typical “I’ve been so out of the loop because no internet or TV” style, I will tell you, with pride, that yours is the first I’ve read of this. Thank you, Alfred, for Curiosity.

You’re welcome, Claire. And I’m sorry you missed it — it was an exciting landing!

[…] O’Neill’s August 5th blog article “All Eyes on Mars as Curiosity Prepares to Land” focused on the suspense of waiting for the rover to land safely on Mars. The two thousand pound […]