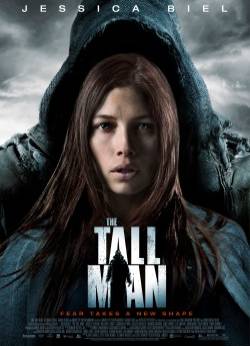 At a recent family function my 11-year-old nephew pulled me aside to say, “A friend of mine at school saw the Tall Man.”

Now it’s common knowledge among all the kids in the family, as well as their friends, that Aunt Goth Chick is conversant with all topics of the otherworldly variety. When they were all a bit younger I had a fabulous time not dispelling the notion that I was a substitute professor at Hogwarts School of Witchcraft and Wizardry.

As they got a bit older my role was to correct misconceptions about whether or not vampires were really afraid of crosses, or whether wolfmen actually turned all the way into wolves at the full moon.

But now, in that misty gray, pre-teen area between believers and skeptics, the local chapter of the Goth Chick Fan Club – Junior League needs to be handled carefully; take them too seriously and I could easily be sidelined as covertly making fun of them, not taking them seriously enough could result in the same.

And frankly, I enjoy my minor celebrity status as much as I enjoy being reminded of a time in everyone’s life when magic and mystery were still very possible and very real.

So even though I had never heard of the Tall Man, the seriousness in the little guy’s face told me it was something important and a topic that I, of all people, should be versed in. Luckily the arrival of dessert saved me from needing to make an in depth response and bought me the time to do a little homework.

So, who is the Tall Man (sometimes referred to as the Slender Man)? 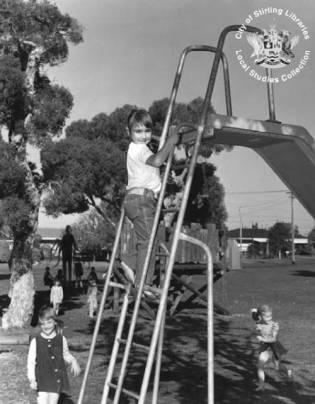 Well, he’s a sharp dressed individual. He wears a black suit; black trousers, black jacket with a white shirt and tie: all of this extremely well-tailored, of course.

He’s indeed a tall fellow too; apparently topping out somewhere between seven and seventeen feet.

As his name sometimes suggests, he’s also quite trim. There’s no point in trying to lock him out. He’s tall and thin enough to find entrance somewhere.

He’s quite tactful. There’s never a sour expression from this gent. He has no face to pull or eyes to roll.

And he’s very good with children; with long arms and tentacle appendages a-plenty to sweep them up into great big hugs.

His favorite haunts include playgrounds, long foggy roads at night, and the places where your eyes don’t go.

He already knows all about you and he’s eager to take you home with him. Forever.

The Tall Man is the Internet’s very own urban legend.

On June 8th, 2009, a “paranormal pictures” Photoshop contest was launched on the Something Awful forums. The idea was to turn ordinary photographs into creepy-looking images through digital manipulation and then pass them on as authentic photographs on a number of paranormal forums.

On June 10th, SA user Victor Surge posted two black and white photographs of unnamed children with a short description of a mysterious “slender man” who stalked them from the background shadows. 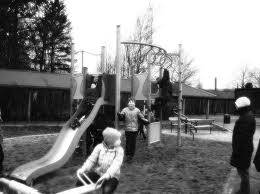 From there, the legend took off; gaining popularity as an Internet “meme” (GC: An element of a culture or behavior that may be passed from one individual to another by non-genetic means, such as imitation).

So with origins that traceable and clear cut, it’s hard to be afraid of the Tall Man, isn’t it?

That’s when you start to wonder if it isn’t the collective belief in the Tall Man that makes him real.

And if that isn’t enough, then predictably Hollywood is happy to step in to give your imagination a hand. 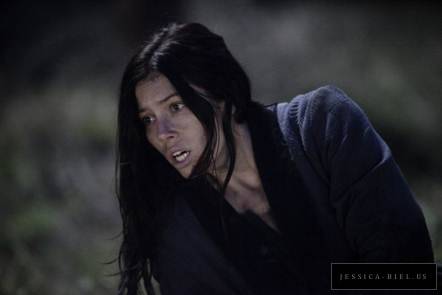 In an isolated, slowly dying mining town, children are vanishing without a trace – abducted, the townsfolk whisper, by a mysterious entity known locally as “The Tall Man.” Town nurse Julia Denning (Biel) seems skeptical…until her young son David disappears in the middle of night. Frantic to rescue the boy, Julia lives every parent’s darkest nightmare in this twisting, shock-around-each-corner thriller from acclaimed director Pascal Laugier.

So now I feel educated enough to adequately respond the next time one of my little minions asks me if I know the Tall Man. Of course we’re acquainted. He and Professor Snape dropped by for tea last Thursday and I asked him if he wouldn’t mind paying a visit to that 6th-grader who menaces the skateboard park.