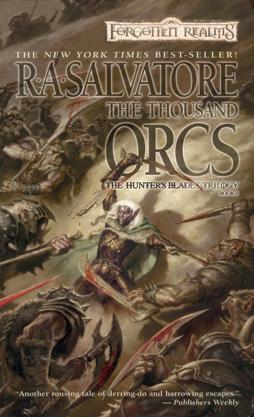 Art Evolution continues, from its roots here, to the incredible talent that created the newest vision in ‘Dragon Chess Lyssa’.

Now things were fully flowing in a uniform direction, and the more people I talked to the better the reception. This project was real, solid, and I decided it was time to go back to John O’Neill and give him an update.

O’Neill gave me another ambiguous ‘can’t wait to see what you’ve got’. Again, nothing to write home about, but certainly a continuing vote of confidence that what I was doing would at least be viewed by the movers and shakers in the Black Gate rooftop headquarters.

Not wanting to push matters with O’Neill, I just put my nose back to the grindstone and continued on with my article recruitment. To this end I determined that I’d contact Todd Lockwood.

Now I’m not going to blow smoke here, I knew Todd’s work having immersed myself in D&D 3rd Edition when it released in the late 90s, but I’d never considered his work life-altering because of a single restricting issue, the covers of the 3rd Edition core books were all without picture art [I know, blasphemy!]. From that standpoint nothing in 3rd Edition struck me as particularly awe-inspiring, and it’s much harder to make a huge impression when you are dealing with smaller interior art. 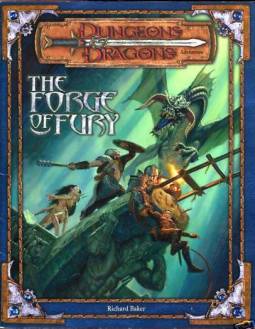 Still, I was very aware of Lockwood’s signature on many of the interior pieces including a heavy amount of Forgotten Realms prestige classes which were truly beautiful. I determined that I needed to educate myself on Todd’s work before I went any further into the project.

Only after going to his website and seeing his plethora of oils did I have that ‘oh crap’ moment like I really missed something. Todd isn’t just about lovely interior drawing but evolved into stunning covers, from R.A. Salvatore’s Drizzt series, to modules, to supplements, and above all else insanely realistic dragons.

I’ve called Jeff Easley ‘Draconic’ for his mighty dragons, but I’ll call Lockwood ‘Dragon Master’ because of his epic creations. Todd can tell you every muscle in a dragon, what it’s for, how it creates lift, how the beast manages to take to the sky… everything. There is a connection there, something primal, and as you look over his work concerning dragons it’s as though he and these fabled monsters are old friends.

After fully seeing his gallery, I was convinced he’d never agree to work with me, but if you know anything about me by now you know I’m not afraid to ask. I went for it, and unbelievably Todd said yes.

Todd turned out to be a firm believer in the concept of ‘paying it forward’ something he’d felt was done for him when he began in the business and so he continues the practice today. Before I knew it Todd and I struck up a sound friendship, and I discovered the detail with which he takes on each art project and how that translates into everything he does.

To see a Lockwood painting is to see a shade of perfection, assuming there is such a thing, and the way he constantly critiques, judges, studies, and practices within the industry gave me a new respect for the meaning of art and what true talent means.

When Todd and I first discussed this project I brought up some of the interior pieces he did for Forgotten Realms and he said he’d do ‘something’. Little did I know what was coming, but then again at the time I didn’t know Todd Lockwood at all. Today, I count myself extremely lucky to call him a friend.

By the late nineties the CCG craze was cooling, but the money involved in its creation brought renewed life to the RPG industry. Wizards of the Coast’s acquisition of TSR and the advent of 3rd Edition D&D and its original game license for D20 caused a gold rush of undreamed proportions to a flagging industry.

To introduce this new system, WOTC turned to the final epic player in the TSR pit, Todd Lockwood. Although his time in the pit was short, his contributions to 3rd Edition D&D, along with the inscrutable Sam Wood, characterized the new system and recreated all the worlds it touched. These two men spent countless hours around a kitchen table drawing sketches together, and as 3rd Edition rolled out fans got to see an unprecedented love for creation and gaming displayed in their work. 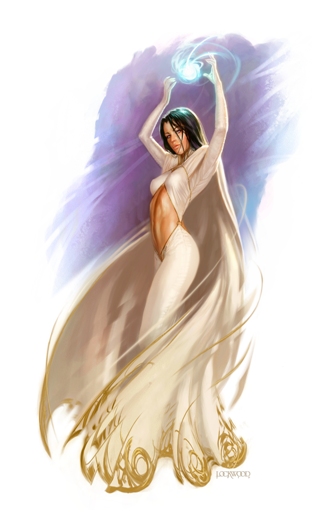 Todd, like many before him, was an oil man, and the richness of the medium brought forth his talents to the keenness of a razor’s edge. His sketchpad detailed the full conceptual makeup of 3rd Edition, and from his strong foundation the future of RP art would take rise.

Lockwood, for all his talent, was an Elmore idealist, a purveyor of pristine beauty in an otherwise dirty genre. Where Elmore showcased the voluptuousness of the female form with its bold curves, Lockwood turned to a leaner, harder line, and it showed from his smallest Halfling to his largest Dragon. Like honeyed oricalcum, Lockwood’s magic formula of form and color shines on polished scale, shimmering wave, and sparkling eye. His mortal forms ascend from the canvas like demi-gods of perfection, and his unhallowed creations of hell and abyssal planes are just as flawless in their darkness and horror.

The keys of Lockwood’s style are in his innate sense of precision and extreme desire for detail. They grab a viewer and don’t let go. Todd’s art leads us to believe we’re inside the painting. We can smell the brimstone, hear the tawny pull of leather, and taste the copper tang of blood. His constant devotion to his craft pushes his brush to new levels with almost every piece he paints.

This kind of unheralded dedication makes Lockwood more than an RPG artist, more than an industry icon, and to me he transcends into the purest form or art. What you see in his work is a gift that you cannot teach; it’s just that untouchable factor that not only makes some people better than others, it makes them legend.

He takes beauty to a new and never before imagined level and the polish with which he creates it cascades down like light from old Olympus. Lockwood’s ardor to perfect anatomy and form transcends the page and his works helped redefine D&D from its core books to the 10th anniversary compilations of the Forgotten Realms.

Current Status: Todd is ever busy, his plate full with commission after commission for the world of publishing. You can view almost anything he is up to on his website, or he usually hangs out at a half-dozen conventions during the year so keep an eye out for him!

All I can say is; thank goodness that Lockwood’s Drizzt artwork come along. Those covers with Drizzt as a wrinkled old man (and not black-skinned Drow) were _horrid_. No idea why they ever let those through.

I think i remeber hearing Bob Salvatore say at a signing that after the lockwood covers started coming out he say a new surge in drizzt readers. His thousand orcs cover is simply amazing.

PMC: The very first Drizzt was done by Larry Elmore in The Crystal Shard [1988] and I remember seeing it and being totally blown away. Still, the redux by Easley is I’m sure the ‘old man’ you are talking about. I can understand that thought, and I will agree that I have no idea who can do a drow better than Lockwood. He MADE Drizzt once again.

Glenn: Thousand Orcs is one of Lockwood’s favorite pictures of all time, so I was glad someone else recognized it as such. Yes, Salvatore can be thankful for Lockwood, and as I was at Barnes & Noble yesterday, I saw 3 titles in new Hardcover that were Lockwood covers. Whatever he touches sells, period.

This was probably the worst – who farted in the old Elf nursing home?

another picture i like is his art work for the demon stone video game. also he does really good work for the Malazan the fallen book by steven erikson. those get kind of over shadowed by his drizzt covers.

See, this is what I hate about these pieces–I find a NEW favorite Lyssa every week. Not fair. Not fair at all. I’d love to see them side-by-side, to compare and contrast.

Witch: I know! Think of my joy each time one of these showed up in my inbox 🙂

Glenn: It’s tough to find everything he’s done, but be sure they are all instant classics

PMC: ‘Who Farted’, ROFL, I believe that is a Fred Fields cover. Fred declined to participate in this project

[…] last week’s entry I had my ‘3rd Edition Lyssa’, and I was ready to move further back in my timeline. For that purpose, I got into my way-back […]