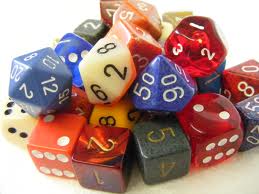 This got me to thinking. Do gamers go through a development process? (And by that I mean tabletop role-players. Video-gamers may go through a similar process, but that’s not my focus.) Perhaps someday, when I have to write a research paper, I will base it on this idea. Because I’m a geek like that.

Anyway, here’s my initial theory on The Stages of Gamer Development, from a psychological point of view. This theory assumes an average gamer, introduced to the hobby during adolescence (ages 11-13 or so), who continues playing through adulthood. Obviously there will be many who do not fall within these parameters. But, given it’s a psychological theory, it is a broad generalization at best, and open for individual interpretation of course.

Stage 1: Hack and Slash, or “Kill the monsters and take their stuff” 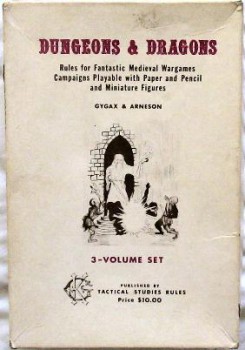 D&D used to be the most common vehicle for introducing new players to the hobby. With the proliferation of games in recent years, this is by no means the rule anymore.

Still, regardless of the game or genre, new gamers spend much of this first stage learning the rules, the standard conventions of the genre, and how those two mesh to create a “roll-playing” experience. The focus is on what the character can and can’t do, and how dice rolls can be used to achieve a desired outcome.

The story is secondary at this stage, and is often just a convenient excuse to get from one fight to the next, to loot the bodies for treasure, and to advance the character’s abilities. This stage is experienced with a sense of wonder and excitement that only new players can truly enjoy. Gaming sessions can often last for long periods, with all-night gaming sessions not unheard of.

This stage often doesn’t last long for each individual, but as a group, players may revisit this stage often as new players are introduced to the hobby.

Stage 2: The Age of High Adventure 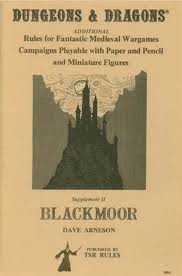 Here the player is well-versed in the rules. He is aware of what his characters’ abilities and potentials are, and he has explored (to varying degrees) the different kinds of characters he can play. Focus begins to shift from the mechanics to the storytelling. Though not quite ready for true role-playing (see Stage 3), the player in Stage 2 is more aware of the story potential of a given adventure, how it fits into the world, and how his character effects that story.

This is usually the stage where players begin to develop detailed backgrounds and personalities for their characters. They begin to cooperate with other players more. Not only through the course of adventuring, but also in the details. Often they will have their characters develop relationships with other characters, both player and non-player.

Though this stage lacks some of the wide-eyed wonder of Stage 1, it makes up for it with the enthusiasm that comes from knowing what lies ahead. This stage usually lasts the longest, and many gamers never leave this stage until they leave the hobby altogether.

Stage 3: The Play within the Play 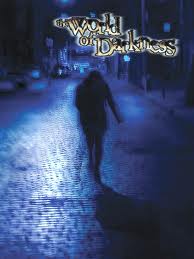 At some point most (if not all) gamers get a little burned out on the tried and true adventure tropes of killing and looting and advancing. They start to crave something more, though many are not sure what that is.

At this point, many gamers will begin to explore other games. If they have not already, they will seek out games in various genres, such as science fiction, super heroes, and the like. Sometimes, this will be enough of a change to refresh the gamer batteries, thus keeping them in Stage 2 (or sometimes moving back to Stage 1 for a time).

This is referred to as “immersive” role-play, and it is not unlike an improvisational theater troupe. Many gamers see this as the ideal for gaming, being the very definition of “role-playing.” Sometimes these gamers will seek out new games to play, and new systems to learn that are less “crunchy” with rules, and more adaptable, allowing a greater freedom of gaming experience. Whole game systems and genres have been developed just for this purpose (such as White Wolf’s World of Darkness). 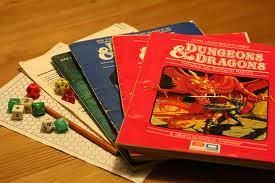 Eventually even gamers will embrace a social life beyond the gaming table. They will develop other interests and hobbies, begin dating, and very often marry and settle down to have families. Stage 4 gamers are usually still well-versed in games, and have many fond memories of gaming sessions, old friends and even older characters (let me tell you about my half-elf fighter sometime). But their gaming schedule is not nearly as regular as it used to be (nor as often as they’d probably like). Gaming has become a pastime that they occasionally engage in, as time and obligations permit. Gaming must be scheduled around babysitters, work, and familial obligations. Stage 4 gamers sometimes take on the role of mentors, teaching their beloved hobby to their children and their children’s friends.

It should be noted that many gamers, even after hitting this stage in their life (married with children), still do not leave Stage 2 or 3. These gamers schedule regular sessions, just like poker night or pool night. It’s a chance to get away from home, hang with friends, and do something they love. On rare occasions gamers at this stage will marry other gamers (like yours truly), which sometimes allows more freedom to game. Sometimes, but not always. Especially if small children are involved.

The Retired and The Lost 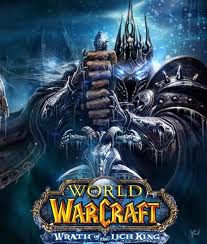 As difficult of a concept as it is to grasp, there are actually some gamers who “outgrow” the hobby. These sad, hollow individuals see gaming as a kid’s pass time. Something that “adults” don’t do. Well, they’re wrong, of course. Adults often still play. But “grown ups” generally don’t. Sometimes these ex-gamers can be lured back into the fold by old friends, or by a desire to recapture their youth. However, this often doesn’t last long. At least, not at the table.

One phenomena that has recently taken hold is the proliferation of video and computer games. Many ex-role-players find satisfaction for their gaming itch in console games, computer RPGs and MMOs. Through these mediums they can touch on the joy they felt as youths, without the social stigma. They are also afforded an anonymity that is absent in a table top game. But, at the end of the day, even if they spent their afternoon playing golf with the boss, or the evening at a night club, when they log into Halo or World of Warcraft, they are still (for a time) that social misfit who rolled dice and ate nachos with glee back in the day.

Note: This is not meant as an academic presentation (in its current form, anyway). This theory merely reflects the opinions of the semi-educated author. Your experiences may differ greatly.

Tom Doolan fights crime, saves damsels, and roughhouses with his children. He also manages to find time for his loving and patient wife, as well as his duties as a civil servant. To read more about his inane, yet socially responsible thoughts and adventures, visit his blog at http://tomdoolan.blogspot.com

Some of my best gaming memories are when the players were in the second stage. At one point, we’d all tried to get away from character classes and archetypes that we typically played. One result was a lengthy in-character debate and heated argument over what to do with a prisoner. If I recall correctly some of the questions debates were inherently evil vs evil by action, what justice was appropriate, and are evil followers just following orders?

Alas, I’ve since moved from my group and we’ve yet to work out a good alternative for online communication for our pnp D&D. I’ve resorted to RPGs to fulfill some basic need, though, the gaming world is still too riddled with hack and slash to get the RPG portion of the fix. The moral choices in Dragon Age: Origins were nice, but a bit cliche and obvious.

God I HATE being a Stage 4 gamer…

The only caveat I would add is that most people age 35 and younger likely began with video games, and worked their way up to table top and the like.