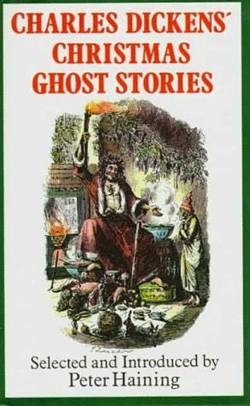 Here at Chateaux Goth Chick, the holidays mean spending a lot of time with family. In your house you may be drinking eggnog and celebrating your annual traditions and at my house it’s the same, only different. Here, December first marks the start of approximately four weeks of  more self-restraint than I exercise in all the preceding months put together.

Allow me to explain.

Although it is generally playful, for the eleven previous months I will have been teased about my taste in music, movies and books; about my “little side job” writing a blog for a disgruntled, anti-establishment audience and about how I’ve run all over the planet looking for ghosts when I’d probably scream like a little girl if I ever saw one.

My Mom will have told a small number of stories a large number of times about how I was always a “weird little kid” preferring to sit up all hours reading comics with a flashlight under the covers or sneaking out to the living room in the middle of the night to watch reruns of Son of Svengoolie, while other girls my age were playing with Malibu Barbie.

Frankly, I’ve always found a little perverse pleasure in being the one member of the family who doesn’t fit inside the description “normal.” So mostly I don’t say anything during these annual tests of self control, but just sit through them and smile. Smile because I now have nephews and a niece who are getting to the age where Aunt Goth Chick is sort of cool and interesting, and maybe they’d like to attend a midnight showing of Rocky Horror Picture Show sometime, or get that piercing if only someone cool would sign the permission form… 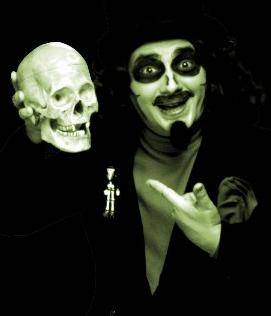 Oh yes, smiling and saying nothing is normally easy.

So here’s the rub. Contrary to every impression I give and every assumption you may have made about me up to this point, I love Christmas. Hopeless hedonist that I am, I love everything about it; the parties, the food and most of all, the presents. Christmas makes me happy and it shows, and in my family that constitutes a crack in the armor which is impossible not to exploit.

So for the entire month of December, instead of poking fun at all things Goth Chick, the focus of the teasing takes an evil twisted turn. My siblings gleefully point out that my enthusiasm for something as warm and fuzzy as Christmas must be definitive proof that the life I lead the rest of the year is a façade.

They maintain that likes and interests such as mine (were they real) would be mutually exclusive to liking the holidays and since there is nothing sinister (i.e. “goth”) about Christmas there shouldn’t be anything for me to like about it.

And so there you have it. I really probably love kittens and sunshine and the color pink and the rest is some desperate attempt to stay relevant and youthful.

Being hacked on for a voodoo doll collection is one thing, but being called a fraud? Never!

So this year things are going to be a tad different. 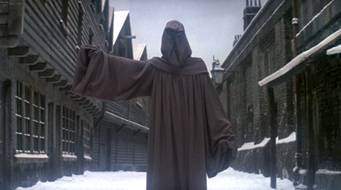 I’ve come to realize that there’s a missing link here; some shred of evidence that shuts down the notion that it must be either Halloween or Christmas, Svengoolie or Barbie, and black or pink. It doesn’t have to be this or that and can instead be both, and that answer came to me driving home from my day job last week.

Yes, I listen to Christmas music in my car. I’ll cop to that up front. And Friday night Andy William’s version of “The Most Wonderful Time of the Year” came on. As I hadn’t heard the song in a year, I listened carefully to remind myself of the words so when it got played again, I could sing along at the top of my lungs, perhaps even cracking the driver’s side window a bit for the benefit of my fellow drivers. Here’s part of what I heard:

There’ll be parties for hosting
Marshmallows for toasting
And caroling out in the snow
There’ll be scary ghost stories
And tales of the glories of
Christmases long, long ago

Wait! Did I hear that right? “There’ll be scary ghost stories…?”

Immediately I imagined that this was Andy Williams paying homage to Charles Dickens’ tale A Christmas Carol (a highly spirit-ridden story if you recall). However, was this a mainstream enough reference to make it lyric fodder in 1963, or is there a bigger connections between scary stories and Christmas?

Pour a little eggnog and scoot in a little closer my friends, this gets interesting.

Turns out that in pre-Christian Celtic times, there were spirits, ghosts, and other mystical beings associated with the Fire Festival or Winter Solstice, better known as Yuletide; a season of death and rebirth in Nature as far as the Celts were concerned.

It was believed that the Old Sun died at dusk of December 21st. and the Sun of the New Year is born at the dawn of December 22. The New Sun is thought to rejuvenate the Earth and was a mystical cleansing to the spirits and the souls of the dead. Samhain (Halloween) was considered the most haunted time of the year in the Celtic calendar with Yule being the second.

Hauntings were said to begin on December 6th and continue through the death of the Old Sun with the spirits becoming more active as they wait for the rebirth of the Sun’s powers. These hauntings are not the same as during Samhain, where the veil between worlds is said to be so thin that the dead can walk through. The spirits of Yule are connected with the mystical power of the Solstice Season and one can expect to visits from their ancestors, relatives, or spirit guides (like the Ghost of Christmas Present maybe?). 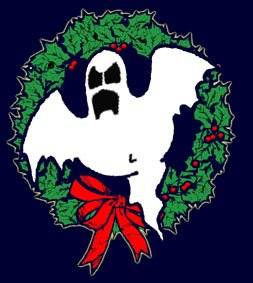 Many of our oldest traditions surrounding Yuletide are concerned with coping with the darkness and the evils it was thought to harbor, and helping the return of light and warmth.

Take holly, for instance. Evergreens were cherished at this time of year as a natural symbol of rebirth and life amid winter whiteness. But holly was particularly prized to decorate doors, windows and fireplaces because of its prickliness — to either ward off or snag and capture evil spirits before they could enter and harm a household.

The Celts threw three-day celebrations beginning with the birth of the New Year sun on December 22nd and in an effort to show the pagan Celts and Christianity can be fun too, the traditions soon became intertwined and evolved into our Christmas celebrations today.

But bringing an evergreen tree into the house, lighting a fire to celebrate the return of the sun and calling up the ancestral ghosts remain firmly entrenched among the elements of our December traditions. Dickens knew it, Andy Williams knew it and now you know it.

And on December 24th, my family will know it too. 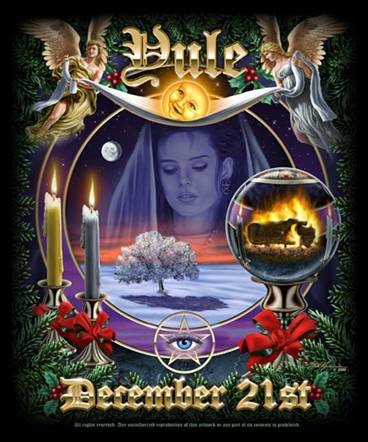 On that day I will expound in great detail how December is the second most haunted month of the year and how all the surrounding folklore made it a perfect topic of discussion with my beloved readers a couple weeks back.

I will explain how any minute the spirit of Great Grandma Switzer may show up and tell us we’re making the punch wrong.

I will talk at length about the Celts while pointing to the large tree in the living room window and the mistletoe above the door. My nephews and niece will listen with rapt attention and my coolness factor will increase ten fold.

And all will be right with the world.

Do you have any interesting Yuletide traditions to share (scary or not), or perhaps it would be more frightening to hear about your own family gatherings. In any case, you’re always welcome here so post you comments or send an email to sue@blackgate.com.

Good Yule to All!

With you on both ghosts and Christmas. Dickens’ Christmas Carol is one of my favorite stories. As I understand it, he wrote in a only a week or two. Now it is a perennial fav of millions.

See? I knew there were other weird little kids out there. If you haven’t seen it, check out the 1938 MGM production of A Christmas Carol starring Reginald Owen and several members of the Lockhart family. It’s my fav.

[…] Last week’s post, about how ghosts and Yuletide have as close an association as brandy and eggnog, prompted a quantity of mail from you lot. Not surprisingly, the readers of Black Gate know all about the creepier part of the holidays. But you’re also sort of warm and gooey on the inside as well, going all sentimental on me about your own Christmas traditions. […]