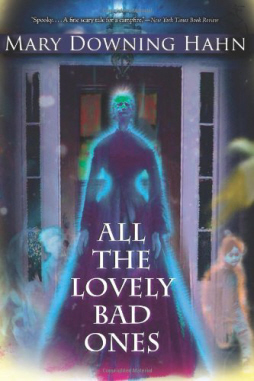 During Goth Chick’s absence she’s asked our resident Goth Chick in training, eleven year-old Tabitha, author of our recent review of The House of Dead Maids, to fill in.

Tabitha: What exactly are we supposed to be doing?

Black Gate: Your friend Goth Chick is on vacation this week. She’s asked you to be her replacement on the Black Gate blog.

Tabitha: Goth Chick? The one we go to scary movies with?

Um… okay. So what am I supposed to do?

Black Gate: How about you pick some of the scariest books you’ve ever read, and tell me about them.

BG: But… you’ve told me about a bunch of scary books you’ve read recently.

They weren’t very scary. And there’s only one that jumps to mind: All The Lovely Bad Ones.

BG: I’m scared already. Tell me about it.

It’s sort of a haunted ghost story. There’s these two kids, Travis and his sister Corey. And they go to his grandmother’s inn for the summer. They discover there are rumors that the inn was haunted years ago. Now, Travis and Corey are pranksters, and they decide to pretend to be ghosts, because they think it will raise income for the inn — not to mention it will be fun. However, their little pranks and jokes awaken something dangerous… There really are ghosts there. I probably shouldn’t say too much.

BG: Sounds great! Spooky, and great. Did you like it?

Yeah! It was told from a 12-year old opinion, so it’s just about at my age level.

I liked that it featured ghosts, but still had a realistic sense about it? There’s a bit of comedy mixed in with the mystery, and the semi-terror. Not quite terror, you could say “creepers.”

Yeah, not terrifying. But parts of it are a bit creepy.

BG: Do you like books that are more scary, or more creepy? 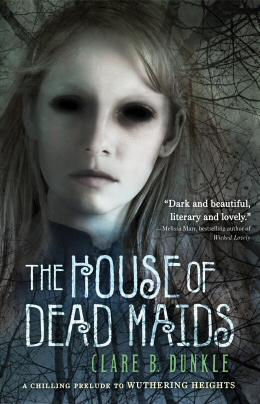 It really depends, I guess. I don’t prefer ones that are like axe-murders and stuff. I like the ones that are supernatural scary. It’s easier to not get wigged out if you know that none of it is possible.

BG: Do you ever believe that ghosts are real while you’re reading? Even just for a while?

I like to think up stories about the characters in the book, and if there are ghosts, then maybe. But I never really believe they’re real.

BG: Anything else to say about it?

If you like to read stories about children getting even with cruel adults — with a taste of the supernatural, of course — then this is the book for you.

BG: Tell me about the next book on your list.

I wasn’t aware this was a two-books-in-one-review package deal. Mom’s not going to be happy with you, Dad.

BG: I’ll get you to bed on time… mostly. What other scary books we should talk about?

The House of Dead Maids, which we did the review of last time.

BG: Say a few words about it.

The House of Dead Maids is a prequel to… what’s it called?

Tabitha: Thank you. Wuthering Heights. It features Heathcliff as a young boy, with his caretaker who tries to save him, but who doesn’t really do anything. I will say no more, other than… if you want to know more, go to a bookstore. 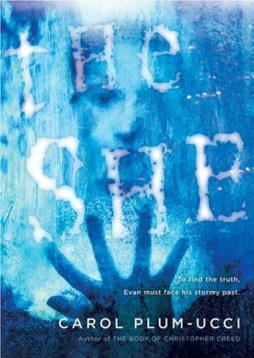 Tabitha: Yeah. It was cool. Bit creepier than All the Lovely Bad Ones, but that was okay.

BG: What about that book you tried to read a few weeks ago, The She?

It had swearing in it. The s-word like three times in the first five pages. I can do movies with swears, but I don’t do books.

BG: I see.  You can forget about that Pink album you wanted, then.  Tell me about the next book on your list.

There’s A Dead Person Following My Sister Around is about a boy named Ted who has a sister named Vicki, who started talking about an imaginary friend named Marella, except she says Marella is real, and weird things start happening in the house — Vicki and Ted start getting weird, bad dreams about dead people, stuff starts moving around the house on its own, and noises are coming from where there’s no one there. Say, like talking in the attic. 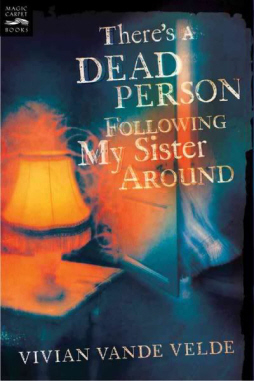 BG: That turned into more than one sentence.

Stuff just gets weird, and there are occurances, and it gets to the point where Ted decides to call on his cousin to help in the exorcist, or whatever.  What’s the word?

Yes. I can’t really give away too much about this, because it’s the coolest part of the book, in my opinion.  At least when Vicki gets possessed, anyway.

Yeah, it’s got a supernatural level to it, as well as a realistic kick. It’s viewed from a kid who’s about my age, like the last book.

BG: What about Dead is the New Black?

It’s about a girl named Daisy. Her mom and her two older sisters have psychic abilities, but she doesn’t.  Her dad was normal… but he’s missing. She’s sort of like a detective, and when she finds out that a whole bunch of cheerleaders at their high school look like they just died, or are in the process of dying, her curiousity gets piqued. And that gets her in trouble. 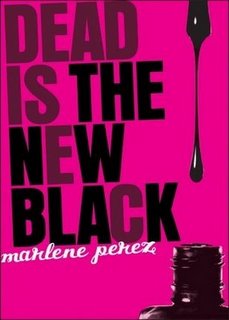 Yes, supernaturtal horror.  But I won’t say why.

Uh-huh. It wasn’t really scary, but it was mysterious.

That’s it — unless you want to count Halo.

BG: Was it scary?

Not really. I mean, it had demons and stuff.

BG: Don’t get all snarky. Who bought Halo for you, after all?

I did — with my own money, thank you.

The main gist is three angels come down from heaven to assist mankind. You’ve got a warrior, Gabriel, a healer, Ivy, and an incredibly young, practically-no-gift-at-all angel, Bethany. So Bethany goes to high school and falls in love with Xavier Woods.

Tabitha’s brother: Then why not just say seventeen years? 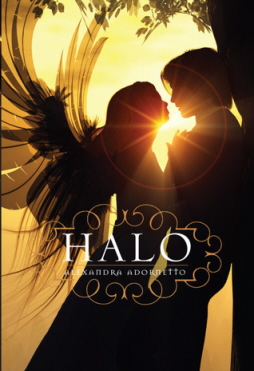 Tabitha: Because they don’t have years. If angel years did exist, they’d be equivalent to human years.  All’s fair in love and high school, until the new kid comes — and quite literally brings with him Hell. At least part of it.

BG: No, I mean, he brings Hell to the school?

He is a representative of our very own devil, or Satan.

BG: Oh. I think I met that guy in high school. Is he on the football team?

Ordinarily, this would have been a boom-boom, smash-crash, I-win-you-lose, heaven’s-better-’cause-we-won scenario. ‘Cept — let’s call the representative ‘Devil’ — Devil falls in love with Bethany. Or a twisted version of love.

BG: Yeah, there’s a lot of that in high school.

Devil offers her a package deal of eternal love and eternal evilness. She, of course, says no.

BG: That’s not my experience with hot girls.

BG: Okay, I wrote that down. But I have no idea what it means.

That means that Devil sets out to frame Bethany, using black magic, to become a fallen angel. I won’t tell you more ’cause that would spoil it.

Yes. I liked the way the author staged it, and sort of wrapped it up. I liked how it’s set from a tennager’s view, but didn’t have a ‘teen’ style — you know, reckless teenagers, swearing, drinking, stuff like that. There’s a little, but not as much as you’d expect in a book about teenagers.

BG: That’s a relief.  Any last words you want to say about scary books for kids?

BG: What’s good about them?

The fact that they rock.

BG: And I think that wraps it up.

[…] “five bat” rating to Goth Girl Tabitha for an entirely entertaining article in this slot last week! Those worthless interns are never getting their jobs […]

[…] – we give them to Tabitha, the thirteen year-old reviewer who covered The House of Dead Maids and All the Lovely Bad Ones for us, among others. We’re glad to have her join us again, even though she makes us feel old and […]