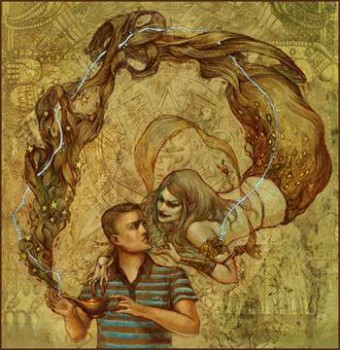 No, I can’t just go to Vegas like a normal person.

I’m pretty sure that by now connecting the word “normal” with anything you read here is no longer something you attempt to do. However, just in case there were lingering doubts, I’m stating my position for the record.

That out of the way, I can now tell you that during the two weeks since last we met I have been gleefully trudging through the sands of the Sahara in search of tasty paranormal tidbits to smuggle back through customs for you.

In mid-October I boarded a flight from Chicago, connected through Rome and landed in Casablanca (yes, the one from the movie) where I kicked off a ten-day tour of the major cities of Morocco.

In addition to some really nice ceramic tiles and possibly a carpet (a flying one if I was really lucky), my goal was to collect stories of the paranormal in a culture governed by its religion. I tempered my expectations with the thought that a country full of devout Muslims may have no room in their beliefs for such things, and that even asking about them could be offensive.

Wrong on both accounts.

In Morocco, it turns out, ghosts and hauntings are so commonplace that they hardly bear mention.

No one is afraid of them, and stories of ghosts are such a part of family folklore that the locals are surprised you’re even interested.

Nope, in Morocco they step right over the ghosts and move straight on to serious paranormal subjects such as demons, which are a plentiful and persistent threat.

But stay with me here, because it gets even more interesting.

In Moroccan myth, each time a human is born into our world, a “Jinn” is born into another, adjacent world; more specifically the underworld.

Human beings are created from clay kilned in fire while the Jinn is created from the black smoke produced by the fire; two products of the same creation process.

The plural of the word Jinn is Jinni… genni… genie.

We’re not talking cute blonde chick in a skimpy diaphanous costume who grants wishes, nor are we discussing the joke-cracking blue monolith from Disney’s Alladin movie. Not even close. 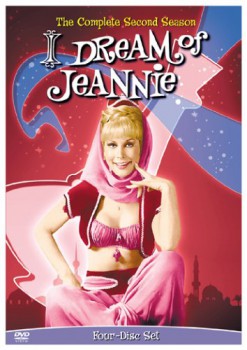 This genie is evil incarnate and is each human beings’ personalized gift straight from Satan himself, so Happy Birthday!

As the story goes, the Jinn’s entire purpose is to stick close to its human counterpart like a dedicated poltergeist pushing him to wicked deeds, tempting him into acts of damnation and generally being a lifetime nuisance.

The Jinn love excess and whisper in the ears of their humans encouraging them to over-indulge in all things because apparently, if we’re too fat and happy, the Jinn finds it easier to plant nasty notions into our psyches.

This potentially explains a whole lot of unaccounted for chunks of time in college if you ask me.

The Jinn also know our deepest, darkest desires and use these “wishes” to tempt us into wickedness.

The number three keeps popping up all over these stories as well. A Jinn can be temporarily banished by ordering him away three times, and if you suspect your Jinn has taken a corporeal form such as a snake (I’m sure I’m not alone in seeing a whole “Garden of Eden” theme here), it must identify itself as a Jinn if you ask it three times; in which case you can kill it. Which doesn’t free you of your Jinn long term, but really just irritates it.

In ancient times, humans apparently attempted to open a dialog to negotiate a peace treaty directly with their Jinns and thus, the Ouija Board has its origins in Morocco. This resulted in the door being open between our world and the world of the Jinn, which the Jinn happily run through, possess their humans’ soul, and drag it straight off to Hell without even stopping for a snack first. 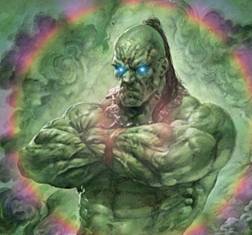 So much for diplomacy.

The Jinn’s favorite messenger is the fortune teller, so don’t think you’re getting off that way either.

Humans who seek advice from a fortune teller on how to live better lives are actually getting bad information directly from their Jinn.

No matter how straight up the fortune teller may try to be, the Jinn is actually standing directly behind them whispering instructions right in their ears mixing truths with deception in order to gain our trust; so best give fortune tellers a miss altogether.

Jinns are our inescapable, unavoidable evil twins who are top-notch corporate employees; they’re tireless, never get bored, never take a holiday and never need to be told they’re doing a good job, as that is pretty much a given.

To the Moroccan people I met during my adventure, the Jinn are horrifyingly tangible. A particularly poignant account came from the owner of a tea shop I met in Marrakesh. His account and the emotion that came with it gave me chills.

I am having a problem with the Jinn. I have been able to perceive the Jinn in different ways all my life. I never seemed to be bothered by this until recently. I saw the Jinn in our apartment in the first days we moved in. Off and on I would pick up on a little activity from this Jinn, like doors opening by themselves. However things seem to be changing a lot and now something is happening everyday; things which are making me uncomfortable in my home to the point where I do not want to live there anymore. The Jinn open doors, shout my name startling me out of sleep, knock over objects, and are messing with my computer and phones. I see its shadow. It is very freaky. I am really not sure what to do about this problem. I have tried to recite Al-Baqarah · Al-Iklas · Al-Falaq · An Nas (an Islamic prayer) and even play a recording of the recitation in my house. The activity stops when I do so, but as soon as I stop the recording the Jinn makes its presence known in some way or other. Sometimes my recording will be shut off and my computer resets in the middle of the recitation, which has happened too many times. The Jinn even appears to me in dreams very often. I do not know how to end this situation.

From the look on this man’s face, it was clear he was extremely upset and completely in earnest. He also explained that he brought the problem of his Jinn to his Imam (Islamic religious leader) who told him the only way to combat his Jinn was to continue to recite prayers and avoid temptation — though apparently to date, this approach had not been wholly effective. 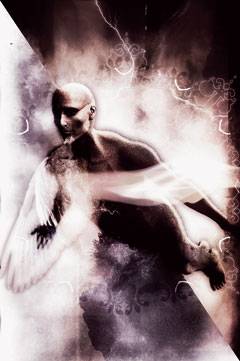 When a Jinn’s designated human dies, folklore states that the Jinn lives on, remaining in the places where the human existed. The result is less of a haunting and more of a demonic possession of the deceased’s place or personal items.

That being said, I returned from my travels tentatively carrying an antique Bedouin tapestry, which I have kept a wary eye on since I unpacked. The merchant from whom I purchased it seemed a bit too much of a pushover during what is normally an intense negotiation process, and appeared quite pleased to let the rug go at a fraction of the original asking price. I have since had it authenticated, and at which point I might have actually been relieved to learn it was fake, but no. To make matters worse, my dogs have taken to staring at it… a lot.

Only time will tell if something more than sand hitched a ride back to Chicago from the Sahara.

Do you have a haunting story you’d like to share, or any ideas about how to get ectoplasm out of camel hair? If so, post a comment or drop me a line at Sue@blackgate.com.

PS: A huge thanks and a coveted “five bat” rating to Goth Girl Tabitha for an entirely entertaining article in this slot last week! Those worthless interns are never getting their jobs back.

There is a book out there that associates the CIA with a jinn. It’s a work of fiction and purports to be a history of the CIA since its beginnings. I just cannot remember the name of it. Does anyone know its title?

This is SUCH a cool post! What a lot of ideas you must have whirling smokily through your head right now!

I looked up The Face of Jinn. That wasn’t the one I was thinking of. It followed the same storyline as The Company by Littel but it veered off into a supernatural twit somewhat like an alternate history. Thanks though

[…] Islam recognizes the existence of the jinn (demons), which are sentient beings with free will that can co-exist with humans and are not all evil as the demons are described in Christianity. In Islam, the evil jinns are referred to as the shayātīn, or devils, and Iblis (Satan) is their chief. Iblis was the first Jinn who disobeyed Allah. [GC: I went searching for Jinn myself as you recall.] […]