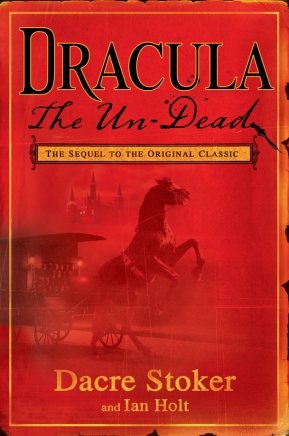 That’s pretty much the plot of this overwrought sequel. If those ideas excite you, you’ll enjoy the book. If you’re a Stoker purist, you’ll be left in a state of shock.

Dacre Stoker and Ian Holt fill their book with bad ideas borrowed from the very sequels they decry as having tarnished Bram Stoker’s reputation for decades. It’s all here jumbled together in one bloated unstructured mess: Mina and Dracula’s torrid affair, Dracula’s connection to Jack the Ripper, Dracula as the tragic hero rather than the Prince of Darkness Stoker intended, etc.

Their revision of the original extends to rewriting “Dracula’s Guest” (Bram Stoker’s deleted early chapter from DRACULA that was published posthumously as a short story) correcting the identity of the narrator since Bram Stoker was clearly an unreliable source of information on all counts.

Their revisionism, unsurprisingly, extends to portraying Bram Stoker himself as a talentless hack. Everything Stoker’s harshest critics have claimed about him is treated as fact except for the spurious rumor he was a disease-ridden womanizer (that fate is reserved for Jonathan Harker just to prove the authors didn’t forget about it).

The excessive and unrelenting sex and violence is strictly cinematic (and hard “R” at that) and ranges from the third-person narrative including a cynical quip that a disemboweled character didn’t have the “stomach” for his job to a climactic battle between Dracula and Bathory that is so violent, the authors lose all credibility as the reader is expected to believe Dracula pushing his arm into Bathory’s stomach and pulling out her still-beating heart and presenting it to her while she is still alive (or do I mean un-dead?).

Much of the text reads not at all like a novel so much as a film treatment and the action scenes are so heavily influenced by contemporary film-making that it is evident that a movie adaptation is the aim of the book from the beginning.

All of Stoker’s characters who survived the original’s ending (and even a few deleted characters Stoker left out of his final manuscript) are back and they all meet violent deaths – some of them more than once. As the massive book reaches its concluding chapters, it is apparent that only Quincey Harker (Jonathan and Mina’s son – who is revealed to be Dracula and Mina’s son) will survive the climax. That he does, only to board the Titanic to sail to America and start a new life in the last chapter. It is a bitter ending that every character in the book is ill-fated.

There is, of course, the possibility that Quincey will survive the Titanic for an intended sequel and the presence on the Titanic of two caskets from Dracula’s castle leads one to believe that the authors intend to suggest that somehow Dracula and Mina (who ends up a vampire herself) survived their hideous deaths, but one hopes not.

The lengthy Afterword, Acknowledgements, and Interviews with the authors at the end of the book state and re-state their intent is to restore Bram Stoker’s reputation with this sequel. This is an honorable goal, but one wonders how they hoped to achieve any of that given their approach.

What neither author is willing to acknowledge is that while legalities may have deprived Stoker’s heirs of their rightful income, Bram Stoker achieved literary immortality when he wrote his classic novel. People will still read and marvel at his accomplishment for generations to come despite the glut of painfully inferior literary and cinematic sequels.

The Stoker purist wishing for a literary sequel that stays true to the characters and spirit of the original is better served seeking out the long out-of-print trilogy by Peter Tremayne or Freda Warrington’s identically-titled sequel published for the centennial of Stoker’s novel in 1997. 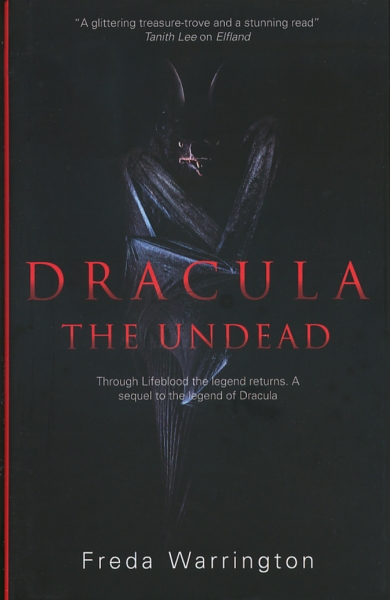 The one positive result of the publication of Dacre Stoker and Ian Holt’s “authorized” sequel to DRACULA has been Severn House’s decision to reprint the above-mentioned identically-titled literary sequel by Freda Warrington. Her DRACULA THE UNDEAD (1997) deserves a second chance at life.

Freda Warrington is an exceptional writer and achieves what few if any other writer has done before or since in crafting a faithful sequel to Stoker’s original novel. Warrington maintains Stoker’s distinctive voice and show genuine respect and affection for his characters.

Anyone who loves the Stoker book will be gladdened to see that Warrington picks up the threads seven years on after the events of the original. She does it so well you’d think you were reading Stoker’s own work.

Warrington’s approach to reviving Dracula is surprisingly original and believable – quite an achievement after decades of run of the mill movie sequels had long since jaded fans of the Stoker classic.

The one lingering regret is that this is Warrington’s only foray into the world of Dracula. Her book is so good, you’ll wish she would continue her spellbinding story of Dracula’s return to the Scholomance in a second sequel. Highly recommended. 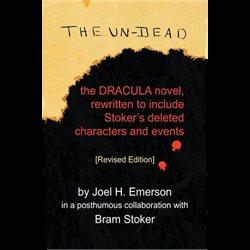 Joel Emerson’s THE UN-DEAD (2008/X-Libris) is a book every Stoker fan should read. Emerson has a brilliant concept in taking Stoker’s notes and reinstating deleted characters like Kate Reed, Inspector Cotford, and Francis Aytown back into the narrative of DRACULA.

The author also has a brilliant idea in taking Stoker’s abandoned plot lines and editing and revising similar pieces of text from Stoker’s other novels and stories to give us an expanded DRACULA very much as Stoker would have written it.

Where the seams begin to show is when Emerson develops Stoker’s deleted characters. Unfortunately, he cannot match the original author and it is all too apparent the book is a hodge-podge of two distinct authors’ works.

To his credit, Emerson makes no attempt to deceive the reader. His book is heavily footnoted listing sources for adapted text and citing when the reader is encountering Emerson’s own interpretation of the material.

This is an X-Libris publication and one hopes that Emerson will take the book to a larger publisher (as numerous X-Libris authors have done before). Working with an editor at a larger publishing house would improve Emerson’s text and bring his book the exposure it deserves.

That said, at times Emerson’s choice to develop the deleted characters strays too far from the original book for my liking. Emerson belongs firmly to the new literary revisionism school that desires to tie the novel DRACULA to the Jack the Ripper killings (all stemming from a remark Stoker made in his Foreword to the Icelandic translation of DRACULA in 1901). This revisionism and Emerson’s bizarre choice to make the death of Renfield the true climax (by having it follow the destruction of the vampire count) greatly unbalances the book for the Stoker purist.

These quibbles aside, no Dracula fan should pass up this opportunity to read DRACULA as Stoker might have written it. This is a flawed book, but in spite of its flaws Emerson achieves something not only remarkable but invaluable to Stoker fans. 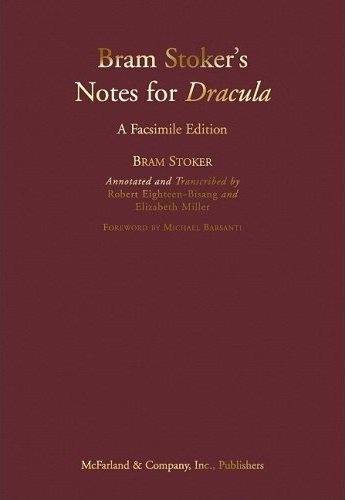 Stoker’s working notes for DRACULA served as a source for all three of the titles above. Those wishing to view these notes, rough drafts, and outlines are recommended to track down Robert Eighteen-Bisang and Elizabeth Miller’s scholarly tome, BRAM STOKER’S NOTES FOR DRACULA (2008/McFarland). The book is pricey and thorough and best appreciated by those who want to see word for word how Stoker’s classic novel was developed and shaped over seven long years of work. 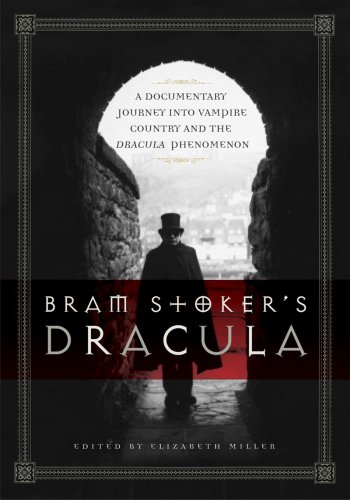 Curious, but less obsessive fans would be advised to settle for Elizabeth Miller’s excellent survey, BRAM STOKER’S DRACULA (2009/Pegasus). The book is a lavishly illustrated, thorough documentation of the development and reception of the book and its impact on popular culture. Stoker’s working notes are excerpted and summarized for those who do not feel the need to examine them in greater detail.

You said ‘Rather than pay homage to Bram Stoker’s work, the authors spend nearly 400 pages proving to us that everything Stoker wrote was wrong.’

That is exactly why I was actually angry (not just disappointed) when Lynn Abbey revived Thieves’ World with ‘Sanctuary.’ She tore down everything that the original series did.

All the emotional investing done in the characters was literally pissed on. The new anthologies weren’t too bad, but the novel was like someone tearing down a big sand castle and building a similar one on the same spot, then saying “here, see mine, it’s better.’

Yikes. I had actually been debating on picking up the Stoker/Holt book, but it sounds like butchery. What a shame.

Thanks for the thorough reviews, William.