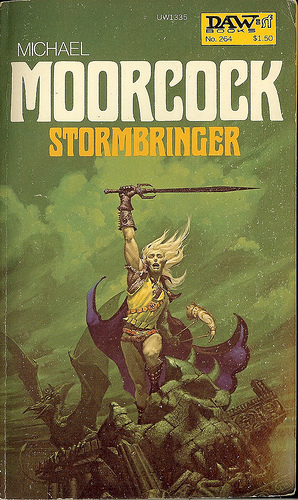 “Plot is what the characters do
to deal with the situation they are in.”
— Elizabeth George

“The beginning of a plot is the prompting of desire.”
— Christopher Charles Herbert Lehmann-Haupt

In this third installment of an ongoing series I’d like to talk about the role of “Plot” in Fantasy Fiction. (Previous installments covered Originality and Style.)

On the surface, Plot sounds extremely simple. And it can be. But what is it exactly? Basically, it’s nothing more than What Happens. Plot is a series of events that follow one another in a logical order. Although sometimes that order can be intentionally mixed up to create more dramatic tension (ala Tarantino’s PULP FICTION). There is an art to writing a good plot, to being original, to rising above the recycling of “stock plots” and tired formula.

So what is the secret of writing a great plot? One word: CHARACTER.

Fitzgerald said it best: “Character is plot, plot is character.” This is a sentiment Alan Moore also echoed in his writings about the craft of writing. Another way of saying this is that Characters Will Follow Their Desires. When you have a well-imagined setting all you have to do is drop some well-imagined characters into it and let ’em go. Like scientists dropping mice into a little maze. What do the mice want? The cheese at the end. So they run and run and run until…Voila!…they solve the maze and get the cheese. (Or run themselves to death, if the story is a tragedy.) 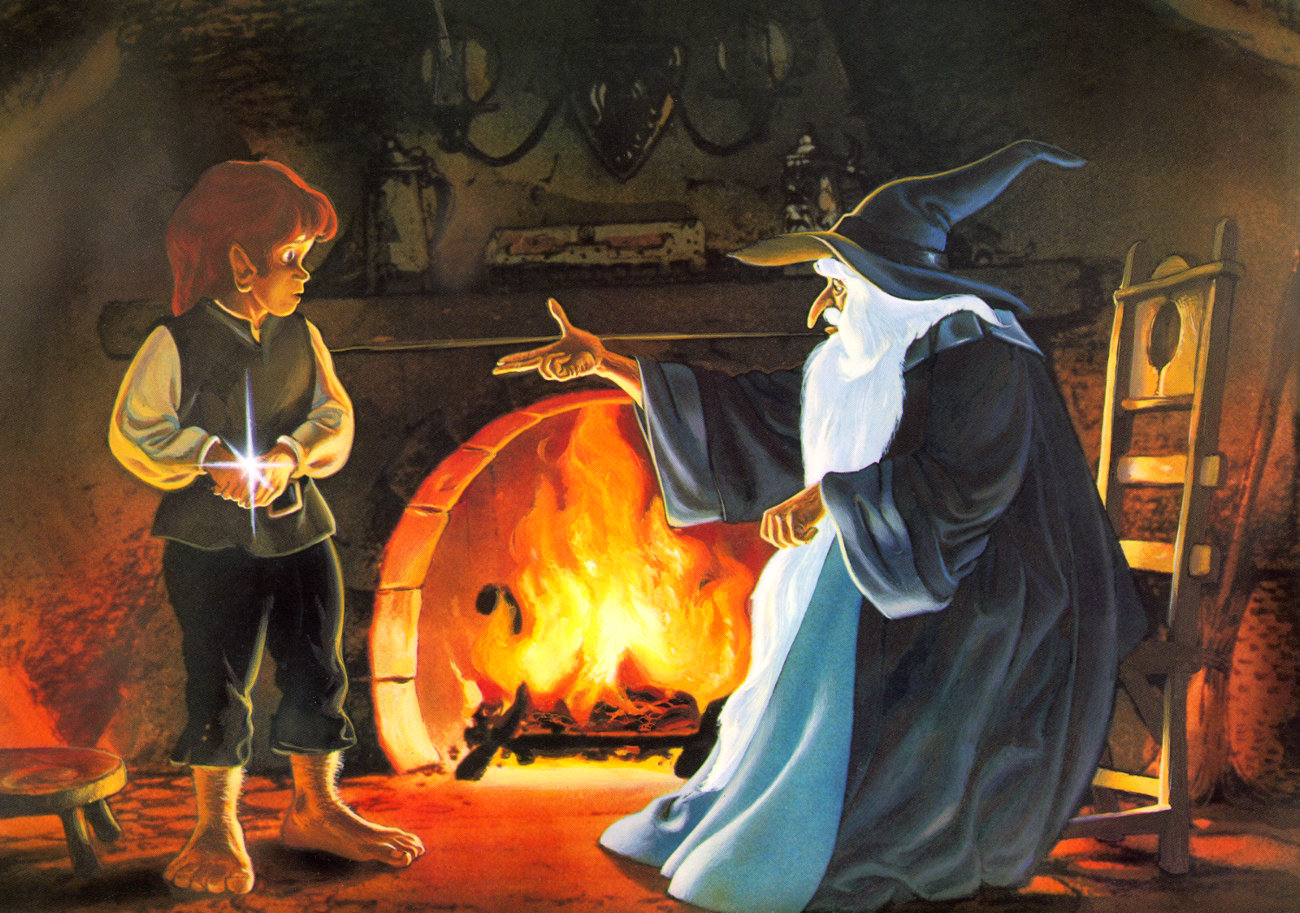 Time spent developing an intricate plot might be better spent developing rich, three-dimensional characters and setting. When you bring “real” characters into a “real” setting, you will have a plot…it will almost write itself. Introducing artificial plot twists is the worst thing you can do…plot must arise from character. That said, you  must have characters who are naturally in conflict, because plot is also the manifestation of that conflict. If all your characters are happy and get along, there will be no conflict, no actions taken, and hence no plot.

Ask yourself “What does this character want?” Be sure to ask it of your villains as well as your heroes. Even your supporting characters. The only character who won’t want anything is perhaps a Buddhist Monk who has foresworn the physical world and eliminated desire. But even then, that monk WANTS to be free of desire…his conflict would be with the physical world in which he exists. So it’s actually impossible NOT to experience desire as a living human being. In fantasy and horror it is often DEAD humans who want things (ghosts, zombies, etc.). So not only the living are going to drive your fantasy/horror plots. ANY character who wants something and does something to get it is a character who will build your plot.

Internal conflict will arise when your character chooses to do something that he (or she) really does NOT want to do but does it anyway to serve a greater good. For example, when Frodo chooses to carry the One Ring to Mordor in LORD OF THE RINGS. He would rather go back to Hobbiton and relax with some tea and cakes, but he knows the world will suffer terribly if he doesn’t carry the burden. Consequently, he spends the ENTIRE story trying to get to Mount Doom and destroy the ring SO HE CAN GET HOME AND HAVE HIS TEA CAKES. Self-sacrifice is the stuff of heroism…and in Heroic Fantasy this is extremely important. 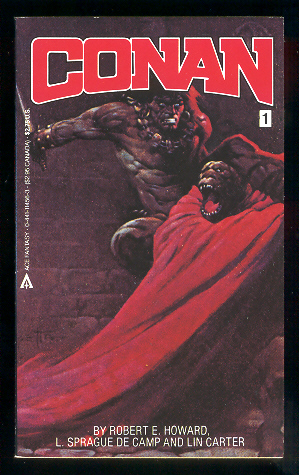 Another example: CONAN does not really want to fight the demon raging across the valley, but when he spots the beautiful young maiden lying in the beast’s path he charges in to save her. He wants HER. If he made another choice, he wouldn’t be Conan. If Frodo chose to lay the burden of the One Ring on Aragorn’s shoulders, we would have an entirely different plot and story. (And Aragorn would have probably become the new Dark Lord.)

Some writers like to make detailed plot outlines…others like to let the plot grow organically. Even those who make outlines usually find them changing and growing and transforming as the story is written. Ray Bradbury said it’s better to have a “general direction” in mind than a “blueprint.” In his great wisdom, he recognized that a story changes as it is written. Characters develop, change, make decisions, and otherwise come “alive”…this all affects the plot because of PLOT IS CHARACTER, etc.

Personally, I like to make notes as I go…I like to know what’s going to happen NEXT…though I may not know what will happen after that. I like to have a General Goal in mind…but I envision that goal in broad terms. For example, I might tell myself: “All these characters will eventually be caught up in the same war.” That works much better than planning out four different character’s specific arcs and trying to “artificially” weave them together. The “weaving” will happen naturally AS YOU WRITE THE STORY. It’s part of the magic of writing.

I’ve often compared it to walking through fog…you can see just far enough in front of you to avoid falling on your face…and you have faith that the ground beyond your range of vision will be there to support your feet when you reach it. Getting lost in that “fog of creation” is one of the sheer joys of the writing process. You make tremendous discoveries. It is an adventure.

If you ever get to the point in a story where you simply don’t know what happens next, just ASK YOUR CHARACTERS. The more pages you write about each character, the more you will get to “know” that character…the more “real” that character becomes in the writer’s mind. Therefore, the more that character begins to “lead” the writer’s hands and literally create the plot. The main characters in a story are always the ones who GO AFTER WHAT THEY WANT. Those who sit back and pine away don’t make for very engaging or interesting protagonists. 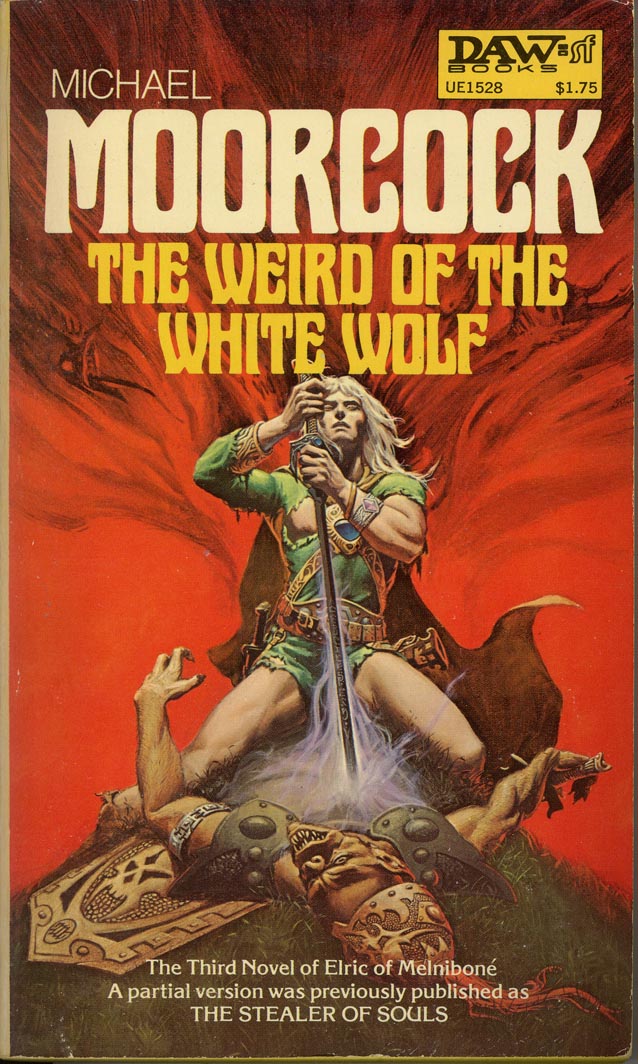 Keep in mind that the “villains” of your story are exactly the same way. They will employ very different methods (in most cases), but they too are simply trying to get what they want. Characters act..and react. Act…and react. They need to do BOTH of these or something is missing from your story. An entirely reactive character comes across as “wishy-washy” or helpless…if that’s what you’re going for that may be find. But eventually your main character is going to DO SOMETHING.

Here’s a good rule of thumb: Stop thinking of your characters in terms of heroes and villains; or good guys and bad guys. Or even protagonist and antagonist. These characters should be PEOPLE to you, over and above their roles in the story. You may not like some of them… you may even hate some of them…but they are your people. They live in your story and THEY determine what happens. Not you. If you can buy this, you’ll never have difficulty with plotting a story. The characters do it for you. If Moorcock’s ELRIC had chosen to stay true to his Melnibonean legacy instead of destroying it, the entire saga would have gone a different direction. By embracing his destiny, the Albino Prince fulfills his dead father’s worst fears: He brings an end to the ancient empire forged by his cruel ancestors. The rest of the saga sees Elric wandering the earth tormented by the choices he has made.

Never forget that Plot is Character and Character is Plot.

So…how do you make realistic, engaging characters in a fantasy story? (Or any story, for that matter?)

That’s the topic of my next installment…

This was most excellent John, I look forward to the next installment.

I especially liked – “The main characters in a story are always the ones who GO AFTER WHAT THEY WANT.” –
but that’s because I despise reluctant heroes.
I’m griping about farmboy discovers he’s a prince but wants to stay a farmboy syndrome, big difference from that to Frodo.