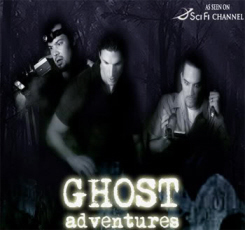 I’ve counted no less than seven without even trying: The Travel Channel’s Ghost Adventures and Most Haunted, The SyFy Networks’ Ghost Hunters, Ghost Hunters International, and Ghost Hunters Academy, The Discovery Channel’s Paranormal State, and one of my personal favorites, A&E’s A Haunting.

Now, I could whip out my psychology degree and tell you that this saturation of fascination with the dead stems from a need to dodge the harsh reality of plunging stock markets and home foreclosures by indulging our primal attraction to the unknown, but that wouldn’t be entirely the whole story.

I think it has way more to do with the fact that we’re all just closet adrenaline junkies, and at least some of these shows offer a few moments of genuine spine-tingling escapism. 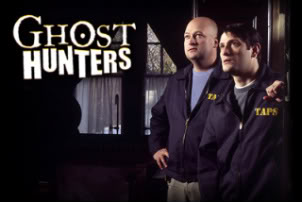 Then again, an equal number are train wrecks of over-acting we just can’t look away from.

But either way, it’s an addiction.  I can say this without compunction, as I’ve been addicted for years.

It was back in 1989 when I first dragged Mr. Goth Chick on his first ghost adventure, sitting up all night in the catacombs under Salisbury Cathedral in the UK with a bunch of students from a group called Cambridge Ghost Investigators.  Then it was on to the French Quarter and an all-night vigil in Le Petit Theatre with the now defunct Paranormal Investigations. And then — our honeymoon (yes, he still wanted to marry me after all this), part of which was spent sitting in the cemetery beside Thornbury Castle for several consecutive evenings, waiting for the resident ghost to make an appearance. 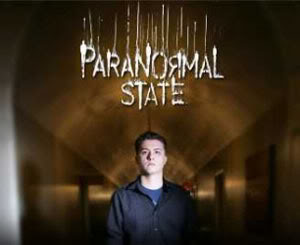 We have followed some of the world’s most famous chasers of specters, from Edinburgh, Scotland where we hung out all night in the underground Roman catacombs with Alan Murdie, author of Haunted Edinburgh, to a long weekend sitting in damp basements in Gettysburg, PA, surrounded by really expensive equipment and escorted by Chicago’s celebrity ghost hunter, Richard Crow.

But the coup de grace had to have been the weekend at the Magnolia Manor in Bolivar, TN, with a group called Memphis Ghost Hunters who were filming a documentary about the South’s most haunted locations. 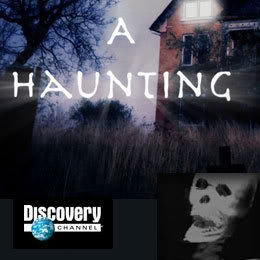 Mr. Goth Chick and I have participated in over twenty of these events in the US and Europe and it was at two in particular that I can report something profoundly creepy happened to me personally.

But before I tell you my story, tell me yours.  Have you ever had a ghostly encounter like the ones currently dominating our cable channels?

So, a roommate and I were driving to his mother’s house. He had osteogenesis imperfecta, basically meaning he was a midget with a skeleton like glass. He was riding in the front seat, buckled as best as we could do for him.

We turned onto his mother’s street. It was ten at night, and cold. A tall man with what appeared to be a bag for a face and a strange straw hat lurked into the street. His arms were gangly and long. I pulled immediately to the left to avoid hitting the pedestrian and swerved back into my lane. I was so shocked I almost hit the guy. My friend was also very shocked.

I looked back to see if the pedestrian was okay, but I saw nothing. I looked down to my friend and apologized. “Sorry, Jim. I thought I was about to hit a guy. I didn’t mean to swerve the car like I just did.”

You see, had Jim fallen over in my car, or had his midget body rolled into the floorboard of the front seat, it would have been a sure thing he would have lots of horribly broken bones. But he was not upset from the car’s violent movements.

“That guy I almost hit? I don’t see him. I thought it was a figment of my imagination or something.”

It was the scarecrow man, as we have come to call him. Many times in the past, my friend had seen him dancing on the rooftops of his street. And sometimes at night, my colleague would hear him on his very own roof (his bedroom was up in the attic).

The strangest thing that comes to mind when I recall what I saw, was that he had what appeared to be a brown bag for a face. It was an unnerving night, and a hard week or two after that incident.

Ok, I’m not sure what freaked me out more; the scarecrow guy or the thought of your little friend rolling around under your front seat…

Those shows tease and never please.
They can’t. They never will.
In watching any given episode you know perfectly well the people making the program never actually captured any evidence of the supernatural. If they (incredibly) had managed to do anything close it would have made the news months before telecast.
I’ll get my chills from other sources.

I don’t disagree, and yet, someone is getting their chills this way or the blood suckers known as network executives wouldn’t keep pumping money into 7+ of the same type of show.

While I will admit to a healthy amount of skepticism regarding the “evidence” of ghosts and paranormal activity (especially in regards to the latest episode of Ghost Adventures, where evps of ghosts supposedly calling the Adventurers full names were “taped”), I still find the shows fascinating. Real or faked, the shows are still entertaining and they certainly are better than most other programs.

[…] here at Black Gate attracted the attention of the Travel Channel’s Ghost Adventures show by mentioning them in a previous blog entry.  Though none of the paranormal “reality” shows have made it into […]

[…] told you about a few of these as well, such as Gettysburg, the Tower of London and the Edinburgh catacombs. However, due to their historical notoriety, these […]