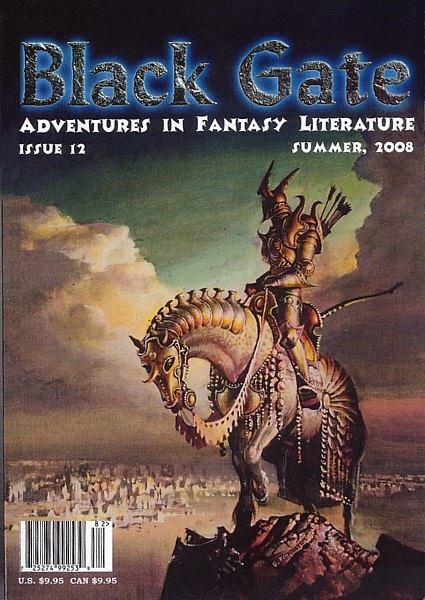 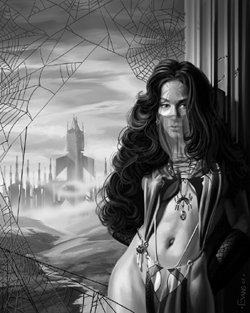 “Oblivion Is the Sweetest Wine” by John R. Fultz
The spider haunted towers held untold riches — and a terrifying secret.

“Payment in Full” by James Enge
In which Morlock the Maker faces slavers, golems, Sandboys…and the Byzantine trap of an old nemesis.

“Houses of the Dead” by Martha Wells
There were no bodies. Only the empty village, the rumors of wizardry…and, of course, the ghouls.

“The Soldiers of Serenity” by Todd McAulty
He had 24 hours to save his entire team from corporate “downsizing”…and far less to discover why he was being stalked by a ghost.

“Knives Under the Spring Moon” by Ed Carmien
Kris found herself amongst the outlaws, and in a deadly fight for her life with her oldest enemy.

“Whispers from the Stone” by Howard Andrew Jones
The ruins of Assyria held many secrets — but none so deadly as that which Dabir and Asim discovered amongst the stones.

Fantasy Classic: “Tumithak and the Ancient Word” by Charles R. Tanner
The thrilling conclusion to the epic saga of Tumithak! Tumithak races to rescue his kidnapped wife and son, only to become embroiled in a fiendish scheme to drive humanity back to the tunnels under the earth… 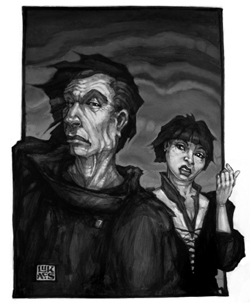 Legends of the Ancient World: Orcs of the High Mountains
A Solo Adventure Game from Dark City Games
Story by Jerry Meyer, Jr. 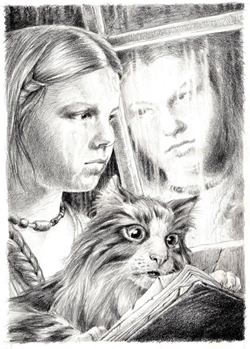 Next Issue
More from Peadar Ãƒâ€œ GuilÃƒÂ­n, John R. Fultz, John C. Hocking, David Wesley Hill, Amy V. Tibbetts, and L. Blunt Jackson. Plus the exciting conclusion of Mark Sumner’s The Naturalist saga, in “St. George and the Antriders.” What have you done to deserve such bounty? 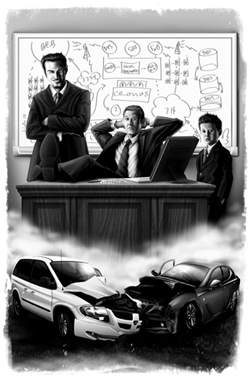 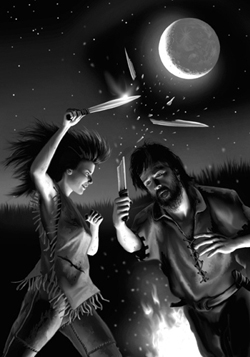 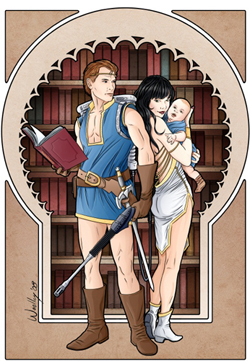