So, I’ve got over 1,500 words about season one of The Rings of Power, but it wasn’t gonna be wrestled into shape for this morning. So, I’ll work on tidying that up by next Monday. And I’m working on a basic Reader’s Guide to The Silmarillion: which, while my favorite Tolkien book, is, admittedly, not an easy read. But that’s not ready. So, I decided to write about a few Tolkien-related topics today. And awaaaay we go:

Lord of the Rings Online 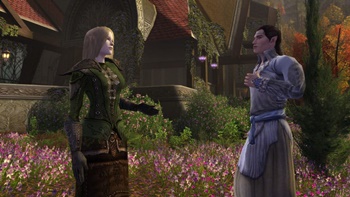 I mentioned in last week’s article that Elder Scrolls Online replaced Age of Conan as my favorite MMO. Over the last year, I made my first dive into Lord of the Rings Online (LotRO). I’m not a fan of the Turbine engine, which LotRO uses. As does the original Dungeons and Dragons Online game, and Asheron’s Call. I find the Neverwinter Nights MMO engine much better for my D&D fix.

I played a dwarf up to halfway through the Mines of Moria expansion. ESO and Age of Conan – and even Neverwinter Nights – are better MMOs. That Turbine engine is dated, and clunky. The graphics are okay, but definitely inferior to Age of Conan and Elder Scrolls Online. It’s not even remotely close.

But for a Tolkien fan, the lore in LotRO is simply fantastic! From The Shire, to Moria, to the North Downs: it is literally a chance to live in Middle Earth. The game is worth playing alone for the depth of setting, and the capturing of the lore. If I weren’t enjoying ESO so much, I would be continuing on in LotRO. It’s very easy to solo, which is how I play MMOs. If you’re a gamer, and you want to experience Tolkien, this is the game for you. How much you actually like the Turbine engine will probably determine if you stick with it or not.

I suspect I’ll be back to it some day. I loved the out-of-print real time strategy game, Battle For Middle Earth I (never played II). It’s incompatible with Windows 10, and you can’t buy it anywhere. Would be nice if it found its way to Good Old Games.

In other gaming, I haven’t really tried Middle Earth: Shadow of Mordor. Or the sequel, Shadow of War. I’m not much of an action gamer. As mentioned below, a Total War: Middle Earth would be AMAZING.

The History of Middle Earth

As I mention below, I have a rather low opinion of the Arthur Conan Doyle Estate, and what his children did in managing his properties. My take is they were spoiled, lazy kids milking every dollar out their father’s talent and hard work.

J.R.R.’s son Christopher, was the opposite. He became a scholar of his father’s works, and he put together the twelve-volume History of Middle Earth. Which includes an index as volume thirteen.

The groundwork was laid with Unfinished Tales, which put together various bits and pieces written by Tolkien, supplementing the five published novels. Footnotes and commentary from Christopher elaborated on the texts. It’s one of my favorite Tolkien books. 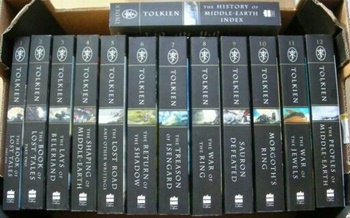 A few years later, The Book of Lost Tales 1 came out, followed by Lost Tales 2. These were followed by The Lays of Beleriand, and would continue on through The Peoples of Middle Earth, which is sort of a “Here’s what’s left” volume. But the series contains earlier versions and revisions, fragments, and a wealth of commentary from Christopher, related to The Silmarillion and The Lord of the Rings.

I don’t read Books 1 through 5 straight through. They don’t really work that way for me. I find something I’m interested in, like Fingolfin’s life, and I find those parts.

Books 6 through 9 are the history of The Lord of the Rings, and those I have read fully through. They make for a deep understanding of the published trilogy.

Books 10 and 11 are about The Silmarillion again, and I usually use those just for reference.

But I’d rather read from these books, then re-read The Hobbit, or The Lord of the Rings trilogy. Christopher provided materials that let you dig deeply into Middle Earth; whatever Age you prefer. I think The History of Middle Earth series is a must for any fan of The Silmarillion. Or anyone who wants to learn more about the trilogy. Just about everyone’s image of Aragorn is Viggo Mortenson, from the movies. Can’t fault that.

But in the early versions of The Fellowship of the Ring, the Ranger was named Trotter. And he was a hobbit! Yep. I loved all the stuff I learned from these books. And I’ve dug deep into them for my Middle Earth essays. HIGHLY recommended.

In August, the Swedish company the Embracer Group bought a huge chunk of The Hobbit and Lord of the Rings rights from the Saul Zaentz Company (Zaenz had bought the film rights dirt cheap in 1976). The Tolkien Estate has maintained the rights to The Silmarillion, Unfinished Tales, and other Middle Earth works.

I’ve shared my thoughts on what Arthur Conan Doyle’s heirs did with the rights to his work (such as here – it ain’t flattering). The Tolkien Estate has done a much better job with J.R.R.’s legacy. However, they have been one giant buttock regarding The Silmarillion. Peter Jackson could only use pre-Hobbit Middle Earth Lore which could be found in The Lord of the Rings and The Hobbit books

Fortunately, the appendices to The Lord of the Rings contain quite a bit of info, including an extensive timeline. The Amazon series had a similar restriction. The Tolkien Estate has refused to license use of the author’s massively wide and deep lorebook – The Silmarillion.

Jackson used a lot of the appendices to transform The Hobbit from a relatively short children’s book into three long movies. Frankly, it was a bad idea. There are some neat parts in that second trilogy, but it is way too long. Far too much filler.

I assume the limited rights was a huge part of why The Rings of Power creators made up so much stuff for the series. Major story lines and characters have been created out of whole cloth – generally to the detriment of the show. Though I think a big part of it is them wanting to show how clever they can be with Tolkien. It’s the same vanity that destroyed BBC’s Sherlock. Too cute, too much ‘Look at me.’ Fortunately, they realized they still had to incorporate a lot of the source material. 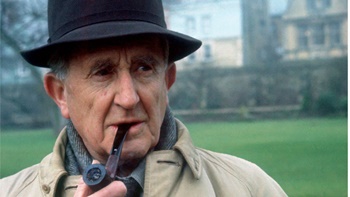 I have read online that the late Christopher Tolkien (who wielded a great deal of influence) did not like the Jackson movies and didn’t want to let him get anywhere near The Silmarillion. Okay. Whatever. I read Tolkien forty years ago in high school. But I one hundred percent believe that Jackson’s Lord of the Rings trilogy is why Tolkien and Middle Earth are so popular today. They put Tolkien back on the map.

Amazon was denied use as well. Hopefully the post-Christopher Tolkien Estate will begin to let the property be used. Well done, the story of Beren and Luthien would be an epic romantic fantasy movie. It’s arguably the greatest story in the Tolkien-verse. And the rest of the story of the Silmaril Beren pried from Melkor’s crown expands it even more.

The five battles of The War for Belariand, Gondolin, The Nauglamir, Hurin, The Flight of the Noldor: SOOOO much amazing material to be utilized.

The History of Middle Earth series makes me a fan of the Estate; in a way that I never will be for the Arthur Conan Doyle Estate. But they’re really screwing up by locking down The Silmarillion. And missing a great opportunity to make it more accessible, by incorporating it in other media projects.

I’m going to talk more about this in the future. But this is, simply, THE online resource for all things Middle Earth. I have a pretty solid Tolkien shelf, but Tolkien Gateway is where I go to look up anything, anytime. Extensively sourced and footnoted, it’s the opposite of Wikipedia. If it’s here, I believe it.

I only go to another website if I can’t find it here. And that happens very rarely. Bookmark this site.

I didn’t realize the family wasn’t behind the amazon show. I thought with Christopher’s bad health and passing away that they worked out the Amazon deal.

I love the Silmarillion as well but i don’t typically care for the background information. Then i end up thinking about it as i’m reading instead of the actual story.

I prefer what he did with the Children of Hurin, where you still have a complete narrative, instead of the two later books “Beren and Luthien” and “The Fall of Gondolin”.

Hi Glenn. The showrunners have said that the Tolkien Estate approved of the show. Or some of the changes. But it doesn’t look like they were part of the deal. And thus, no Silmarillion rights.

I really liked ‘Hurin’ and ‘Beren.’ I struggled with Gondolin a lot.

I haven’t watched the Rings of Power and don’t intend to, for a simple reason – I can’t think of a single…entity…more antithetical to Tolkien’s view of the world than Amazon. I mean, Amazon IS Mordor, isn’t it?

“ Well done, the story of Beren and Luthien would be an epic romantic fantasy movie”.
Exactly. I calculate the odds of it being well done as…zero. Previous history may not guarantee future performance, but that is the way I would bet.