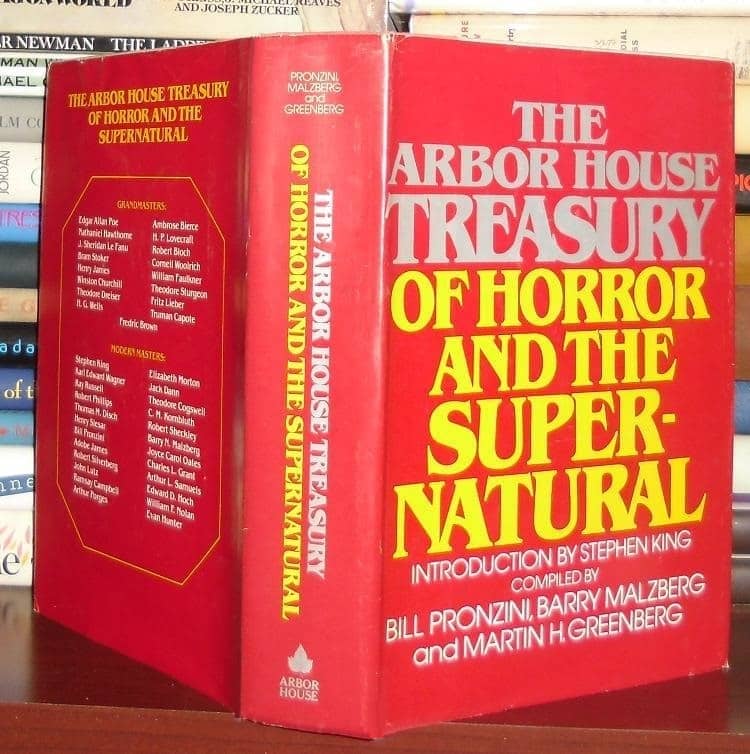 The Arbor House Treasury of Horror and the Supernatural (Arbor House, May 1981)

Most of the Arbor House anthologies were repackaged and retitled multiple times over the decades, but I’m not aware of any that were as popular — or had quite so many secret identities — as The Treasury of Horror and the Supernatural.

It was reissued numerous times, usually by discount book publishers like Galahad Books, Castle Books, Quill, Magpie Books, Bristol Park Books, and others. If you wandered into a bookstores in the English speaking world some time in the past 30 years, there’s an excellent chance you saw this book on the shelves in some form or another.

The book lacks longer tales, which is a shame, since some of the best horror tales of the last century (like Stephen King’s The Mist) have been novella length. But other than that, I have no complaints. It contains a nice selection or modern classics and overlooked gems.

Here’s a look the other nine Arbor House Treasuries.

I’ll take a closer look at some of the other Arbor House Treasuries in upcoming articles. Here’s the complete list to keep you busy in the meantime.

The Arbor House Treasury of Horror and the Supernatural was published by Arbor House in May 1981. It is 599 pages, priced at $9.95 in hardcover. The cover design is by Antler & Baldwin, Inc.

You always make me feel nostalgic…Those were the times.

I know what you mean, Mario. Have you read any of these?