No one else is doing the kind of superb work Stephen Haffner is, bringing pulp authors back into print in gorgeous archival-quality hardcovers that are within reach of the average collector. His latest release is The Complete Ivy Frost, which gathers together all eighteen stories of Donald Wandrei’s pulp supersleuth Professor I. V. “Ivy” Frost, one of the most popular characters to ever appear in Clues Detective Stories.

Are these classic tales still of interest to modern readers? Don’t take my word for it — here’s an excerpt from Steven R. Harbin’s Amazon review of Frost, the 2000 Fedogan and Bremer collection that gathered the first eight stories.

Donald Wandrei was one of the great pulp writers of the late 20’s and early 30’s. He’s best known for his cosmic science fiction and his macabre horror stories, and indeed was a Weird Tales Magazine and Astounding Stories regular. The eight stories in this collection show that he could also write pulp detective fiction with the best of them. His investigator Professor I. V. “Ivy” Frost is a mix of supersleuth, inventor, scientist, and master fighter all rolled into one. Deadly, logical, courageous, and stoic like the more famous denizen of Baker Street, he is also a man with a super gadget or two up his sleeve. In addition he just happens to have a beautiful, brainy, gutsy, blonde assistant named Jean Moray, who has her own advanced degrees AND a garter belt thigh holster complete with pearl handled .25. The slyly humorous romantic/sexual tension between Frost and Moray made the stories as far as I was concerned.

The editors of Clue Magazine asked Wandrei to develop a series character in an effort to compete with the more well known hard boiled fiction of Black Mask Magazine. Wandrei’s ratiocinative adventurer quickly became one of the most popular series characters in Clue‘s history… 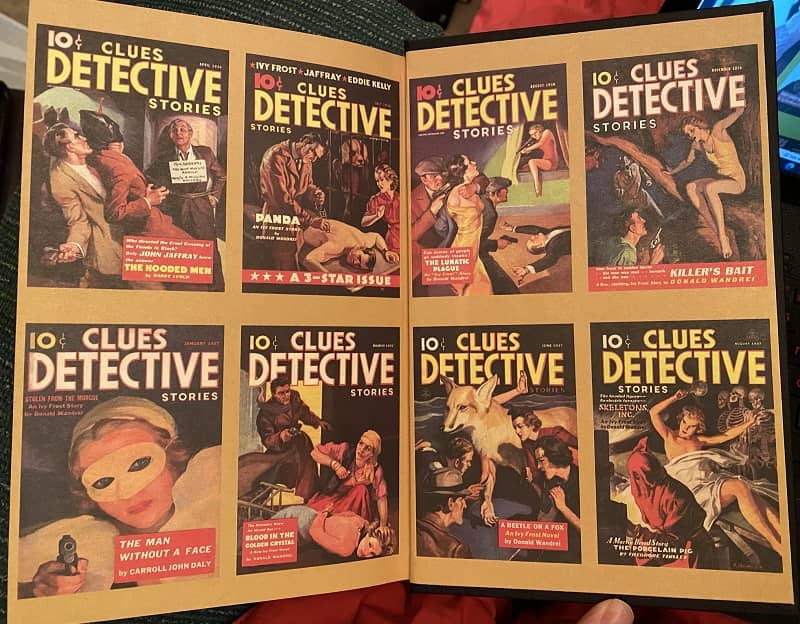 Endpapers for The Complete Ivy Frost

It may come as a surprise to some that Donald Wandrei wrote more mysteries than all his horror, fantasy, and science fiction tales combined. This volume collects all eighteen adventures of Wandrei’s ratiocinative detective I.V. (or Ivy) Frost, who is ably assisted by his beautiful and tough female assistant, Jean Moray. A scientist and inventor, Frost has his own approach to solving mysteries. Rather than following the usual hard-drinking, trench-coated style of many of his contemporaries, Frost’s strategy was to mix the logic of Sir Arthur Conan Doyle’s Sherlock Holmes with the technology of Lester Dent’s Doc Savage. In 2000, D.H. Olson edited a volume published by Fedogan and Bremer collecting the first eight of Frost’s adventures. A second volume of the remaining 10 tales was promised but never materialized. Finally ALL 18 adventures of Ivy Frost are here for you in this volume.

The Haffner volume includes a new introduction by D.H. Olson, who edited the F&B collection of Frost tales 20 years ago. Here’s the complete Table of Contents.

The book is profusely illustrated in retro-pulp style by Chris Kalb, who captures the 1930s-era action vibe beautifully. Here’s a few samples of his 2-page illos for “Green Man—Creeping,” Panda,” and “Skeletons, Inc.” 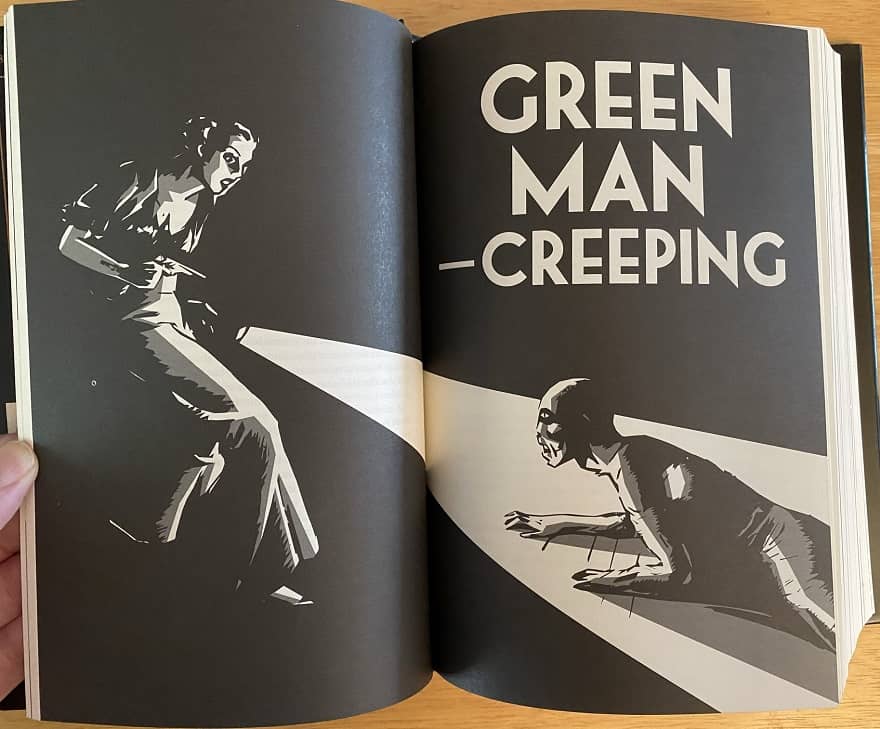 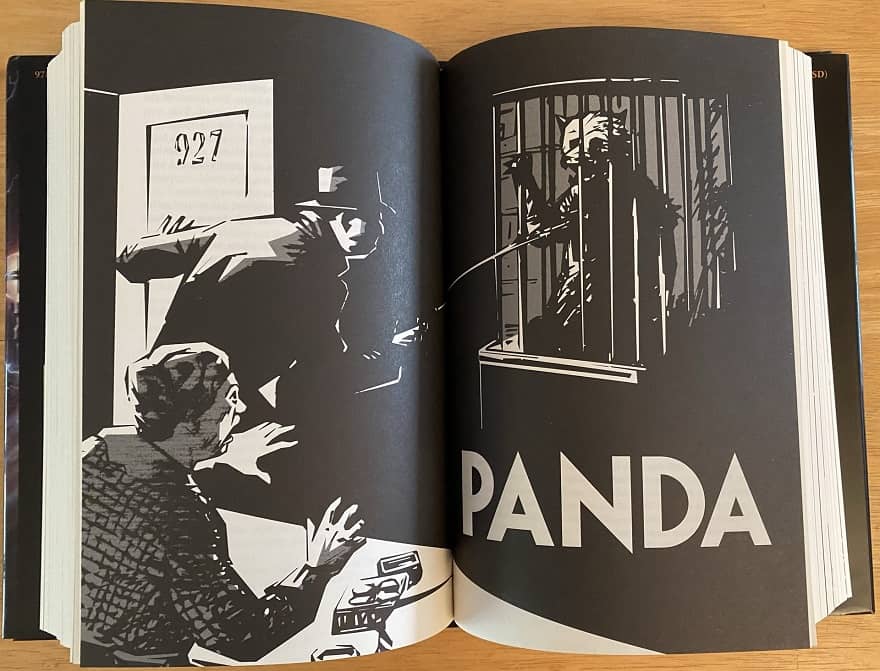 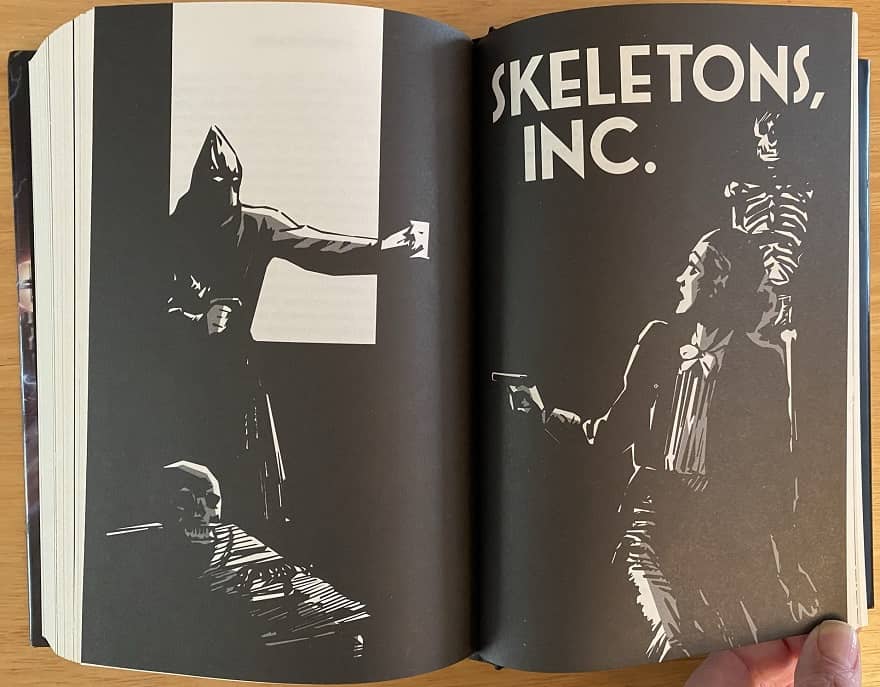 Fedogan & Bremer released several major collections of Wandrei’s science fiction, fantasy, and horror tales from the pulps in the 80s and 90s, including Frost, a collection of 8 detective tales edited by D.H. Olson. All their books are worth tracking down.

If you’re at all interested in classic pulp reprints, Haffner Press has got you covered. Here’s some of our earlier coverage.

The Watcher At The Door: The Early Kuttner, Volume Two
Murder Draws a Crowd: The Collected Fredric Brown, Volume One
The Best One-Sentence Reviews of Edmond Hamilton: The Winner of The Collected Edmond Hamilton, Volume Four
Gifts From the Godfather of Space Opera: The Collected Edmond Hamilton, Volume Four
The Best One-Sentence Reviews of Manly Wade Wellman: The Winners of The Complete John Thunstone Contest
The Complete John Thunstone, by Manly Wade Wellman
Tales From Super-Science Fiction, edited by Robert Silverberg
Henry Kuttner’s Thunder in the Void
More Haffner Goodness: Detour to Otherness
Terror in the House: The Early Kuttner, Volume One

The Complete Ivy Frost was published by Haffner Press on December 22, 2020. It is 703 pages, priced at $50 in hardcover. There is no digital edition. The cover is by Raymond Swanland. Order copies directly from the Haffner website here.

Wandrei is an underrated writer. I haven’t read any of his mysteries, but his horror fiction in Weird Tales is very good. I particularly like Mimic.

Doh! I hate going to Amazon and seeing that a book is out of print already!

I hadn’t realized it was sold out at the publisher already. There sellers on eBay who have new copies in stock:

I thank you! My wife, on the other hand…come to think of it, there’s no reason for her to know about this, is there?

No, of course not. What your wife doesn’t know can’t hurt you. *Looks over shoulder to make sure my wife doesn’t see this.*

And Thomas, if you don’t get one of the ebay copies, let me know. I might be able to put my hands on one.

Thanks, Keith – we’ll se what the budget looks like at the end of the month…

The esteemed Stephen Haffner has asked me to pass along the following:

Copies may be ordered direct from:
http://www.haffnerpress.com/book/the-complete-i-v-frost/ for $50 with FREE SHIPPING! 🙂

All orders ship with a rolled copy of the 2nd State dustjacket *and* (while supplies last) the exclusive postcard featuring Clem Hauper’s portrait of Donald Wandrei.