The following is an excerpt from Mark Finn’s essay for Robert E. Howard Changed My Life, an upcoming book from the Rogue Blades Foundation.

I’ve spent roughly seventy-five percent of my life thinking about Robert E. Howard, one of his many literary creations, or some combination of the two. It’s common when, in the bloom of one’s youth, a reader decides who their favorite author is and then reads everything they can get their hands on, indiscriminately. I was certainly no exception, and while I was quick to devour all the Conan, Kull, and Solomon Kane I could find, I don’t think I learned about Howard’s humor stories until I was a senior in high school.

It was in the problematic pages of Dark Valley Destiny (1983) where L. Sprague de Camp wrote favorably (well, as favorably as he was able, which in this case, was fairly glowing) about Howard’s humor fiction; the fighting sailor of the Asiatics, Steve Costigan, and the lumbering mountain man from Bear Creek, Nevada, Breckinridge Elkins. Given that de Camp’s biography was so full of scant praise for the author’s literary output, these plaudits stood out in sharp relief against the backhanded compliments. As the single biggest fan of Robert E. Howard that I knew, I could not let this omission in my reading stand.

As it turned out, it would have to, at least for a couple of years, until I could get to a better class of used bookstore. I bought both The Iron Man (1976) and A Gent From Bear Creek (1975) at the same time at Austin Books, in (where else?) Austin, Texas. They were the Zebra editions with wonderfully evocative covers by Jeff Jones. I was stunned and a little disheartened to find out that Howard’s humor writing was, in the late ’80s and early ’90s, about 95% unpublished. Sure, A Gent From Bear Creek was available, but it was, at the time, at odds with the rest of Howard’s work in print. Specifically, it was hard to reconcile this picaresque romp of a humor novel, full of hyperbole and exaggerations, with the same author that wrote “The Black Stone” and “Red Nails.” If I’m being completely honest, I didn’t quite get it.

I wouldn’t begin to ‘get it’ until I became friends with Paul Herman, whose inaugural publishing effort, 2003’s The Complete Action Stories, contained all of Howard’s stories from Action Stories magazine, including several boxing stories I’d never read before and all of the Breckinridge Elkins short stories, all in one fell swoop. That book, and by extension, Breckinridge Elkins, is what changed my life. 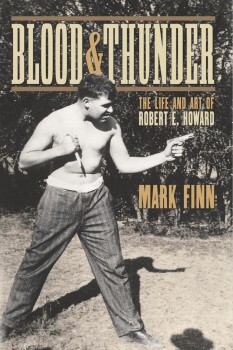 See, I knew Howard could write funny stories; by the time Paul and I were friends, Necronomicon Press had published three issues of Robert E. Howard’s Fight Magazine, which was attempting to reprint all of the Sailor Steve Costigan stories from Fight Stories magazine and elsewhere. I also had all the published (at the time) Dennis Dorgan stories (Howard’s literary pseudonym for Sailor Steve). But there was a list of Breckinridge Elkins stories in The Last Celt (1976) I’d never seen, and here was Paul with all of them in one handy volume. I remember Paul saying to me as we were horse-trading over his book, “If you like the boxing stuff, you’ll love Breck.”

I didn’t tell him about my indifference to A Gent From Bear Creek. It wouldn’t have been prudent. I had to have that book for the boxing stories. And while those stories were fine and dandy, I found myself wondering why there were only a few of them in Action Stories, and so many of the Breckinridge Elkins stories. It had also been years since I had read A Gent From Bear Creek and I was eager to know the relationship between the novel and these stories. With little else to do, I dove in and started reading.

One of the biggest problems I had with Dark Valley Destiny (aside from the tone of the book) was the absence of anything resembling the Texas where I’d spent my whole life. De Camp used a quote from Larry McMurtry about outhouses and bullying that honestly had no business being in a Robert E. Howard biography. There were a few lines, mostly from Howard himself, about boom towns and rural living, and those at least came from the author’s own experience. But all the other details about Howard’s life were filtered through de Camp’s values and judgements. Howard was only as Texan as de Camp was willing to let him be. Anything that seemed odd or out of place with de Camp’s values was considered evidence used against Howard by de Camp in making his case for Howard being a deeply troubled, “maladjusted to the point of psychosis” outcast loner.

That never sat well with me. Not just as a fan, but also as a Texan. I don’t know if I was thinking about those things when I sat down and started reading The Complete Action Stories, but by the time I’d read the third Elkins story in the book, “The Scalp Hunter,” the light bulb over my head had come on. As soon as I started reading those individual short stories, I could hear them narrated in a big, drawling West Texas accent. It was as if Robert E. Howard was speaking directly to me through these stories.

Mark Finn is an author, an editor, and a pop culture critic, recently named one of the top movie reviewers in Texas by the Associated Press Managing Editors. He is a nationally-recognized authority on Robert E. Howard and has written extensively about the Texas author. His biography, Blood and Thunder: The Life and Art of Robert E. Howard, was nominated for a World Fantasy Award in 2007 and is currently available in an updated and expanded second edition. Mark also writes comics and novels, as well as articles, essays, reviews, short stories and even roleplaying games. He lives in North Texas over a mid-century style movie theater with his long-suffering wife, too many books, and an affable pit bull named Sonya. Follow him at www.rpgconfessions.blogspot.com.

I, too, am more amazed at REH the more I learn about him. The world will never see his equal.

An excellent essay, Mark! I think your view of the Texas influence on REH is right on the money.

I’ve read about everything there is available from Howard with the exception of a few of the El Borak tales (and I have those, just haven’t read them yet), including much of his rare and initially unpublished works. But one thing I love about Howard’s writing is that there always seems to be something new to learn.

For instance, like many, I came to Howard through his Conan tales, and I loved them. Then I made my way through the rest of his fantasy and horror works, also loving those. Then I fell hard for his boxing stories. Of late, I’ve been charmed by his Africa tales.