The following is an excerpt from Christopher Gruber’s essay for Robert E. Howard Changed My Life, an upcoming book from the Rogue Blades Foundation.

I don’t say this out loud often enough — particularly now that I am able to look back on the more significant moments of my life with some measure of honesty and clarity and pinpoint with extreme confidence each occasion I was forever transformed by someone or something — but perhaps that’s why I am writing this. To remember precisely the moment I decided to become the man I am and not merely the man I wanted to be. I’m talking of course about the kind of moments in one’s youth that are often overlooked when contemplating what we erroneously perceive to be the inescapably uninspiring story of our lives. The kind of moments that at first glance seem insignificant, accidental, or perhaps even incidental to the more nightmarish effluvium of our remembered personal failures which I suspect we all attach far more importance to than we should.

Since accepting this assignment I’ve rolled the slogan along my tongue often enough, testing and probing for any signs of illegitimacy, and found nothing but the bittersweet tang of personal truth. There’s an earnestness in what I am about to share with you that surprised me. Truth be told I very much enjoy saying it now in much the same way I genuinely enjoy saying I love my family and friends. There’s a natural sincerity to the declaration that is genuine and unpretentious. I might as well dive into the deep end of the pool of candor and just get on with it: Sailor Steve Costigan and Mike the Bulldog changed my life. There, that’s a load off and I don’t mean maybe. Lemme explain … 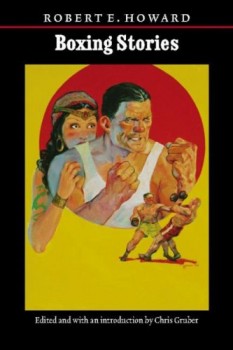 The year was 1979. I was an eight-year-old little boy living in a trailer park with his mother who was struggling to make ends meet. We’d been alone together since ‘the divorce’ almost six years earlier and the trailer was the first place I’d lived in for longer than six months. My mom had been dating a guy named Manny regularly for almost two years and my status as ‘man of the house’ was in jeopardy. He was a real ‘man’s man,’ a hyper-masculine go-getter, a forerunner in the vanguard of the ‘git’er done’ type who led by example and, well, got shit done. He took no guff from anyone and was willing to back up his status as Alpha Male come hell or high water.

This was traumatic for me. Despite my desire to have a father, an actual family, I was also fiercely independent and suspicious of men in general. Until Manny’s arrival I had had almost no male influence in my day-to-day life and what little contact there was seemed always centered around conflict and punishment. I’d been living at the ends of my tiny fists and drinking from a deep well of anger and mistrust for so long I didn’t know how a man should behave. I rebelled at the intrusion and my interactions with Manny were always an exercise in wary suspicion.

My mom was working long hours to scrape together just enough money to pay her lot fees and put some food on the table and she often didn’t have the energy to keep a sharp eye on her son’s activities. In short, we had no money and I had too much idle time for a boy with my fertile imagination and energy level. While some families agonized over what new cool toy they would get their kids to keep them happy, my mom’s weekly decisions usually involved wondering if this would be the week we’d have enough money to buy sugar so we could finally stir up some Kool-Aid. I distinctly remember a day in the winter when we had saved up all month to buy actual fruit juice. It came in a glass jar and I swear to god my mouth was salivating just looking at it. Real juice. Actual juice! My mom was so tired from working her jobs that she wasn’t paying attention to just how slick the ground was. She just wanted to get home and pour a glass of real fruit juice and relax, so she began to hurry across the icy parking lot with me in tow. Of course, she slipped and dropped the juice bottle on the ground where it shattered, soaking the snow and ice with that lost nectar. To say I was disappointed would be a gross understatement, but I already knew the real meaning behind the popular observation of ‘shit happens, and you deal with it.’ At least I wasn’t the one who had broken it so she can’t tan my hide, I thought sadly. And then she began to sob. Well, it was more like moaning really.

Like the last reserves of happiness and hope had leaked out of her body and into the snow just like that damn juice. I was standing there in my snowsuit looking like Ralphie’s kid brother in the movie A Christmas Story and I was suddenly scared. My mom wasn’t just crying, she looked like she was going to just give up on life and die right there in the snow. People were scurrying around us to get into the store and out of the weather. No one helped her up, so I did. She kept saying, “I’m so sorry, Christopher!” over and over. I told her it was okay; I mean, geez, it was just juice for goodness sake, and all I really cared about was whether she was okay. I was really worried she was hurt, like perhaps something had broken. She cried all the harder after I checked on her and told her it was okay before finally getting up and heading slowly, painfully, into the store to try and get a replacement for the broken bottle of juice. The A&P manager told her he couldn’t give her a replacement, but he could give her a ten-cent coupon to purchase a new one. No juice for me …

Christopher A. Gruber has been involved in Howard Studies for nearly twenty years and has served on the review board for The Dark Man Journal: The Journal of Robert E. Howard and Pulp Studies since 2008. He has authored award-winning essays and introductions that have appeared in publications such as Boxing Stories, The Cimmerian, REH: Two-Gun Raconteur, and Échos de Cimmérie among many others. He was the editor of Boxing Stories by Robert E. Howard, published by the University of Nebraska Press, and is the co-editor of the four-volume collection Fists of Iron by the REH Foundation Press. Chris has also presented his original research for both academic and popular audiences and has been an instrumental force in revealing the impact that masculinity and the ‘sweet science’ have had upon Robert E. Howard and his fiction. Chris lives in El Dorado at Santa Fe, New Mexico with his wife Yoshiko and their three wonderful children—the twins Mya and Malayna and their son Maximus Dempsey. When not coaching youth sports or instructing adults and children in the self-defense method known as Krav Maga, Chris can be found hiking and mountain biking in the beautiful wilderness expanses of the nearby Sangre de Cristo and Jemez mountain ranges.