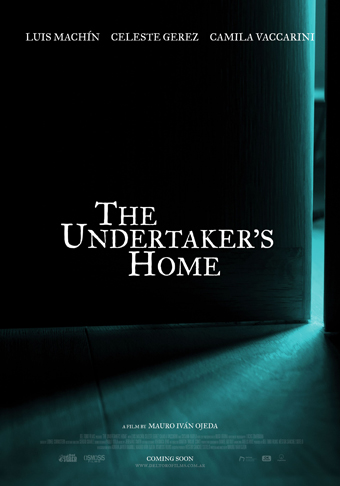 As part of the unusual nature of this year’s Fantasia, the festival organisers set up many more non-film special events than usual. Each day boasts a presentation, panel discussion, or other streamed activity, all of them to be archived on the festival’s YouTube page (in fact the organisers have just announced they’ll host a conversation between Jay Baruchel and Finn Wolfhard on August 29). Friday, August 21, began with a presentation by critic and author Carolyn Mauricette of “Afrofuturism: Visions Of the Future From ‘The Other’ Side.” It was a fascinating hour-long talk about Black creators and their work. Rather than focus on themes or analyse individual accomplishments, Mauricette gave a brief introduction about mass media views of Blackness and then positioned Afrofuturism as an alternative reality, listing artists in various fields, and indeed mentioning alternatives to Afrofuturism such as filmmaker Wanuri Kahiu’s Afrobubblegum. You can find the entire presentation here.

After that, I planned to watch the Argentinian horror film The Undertaker’s Home. Bundled with the feature came a short, “Abracitos,” directed by Tony Morales and written by Morales with Fer Zaragoza. The 11-minute Spanish short is a deeply atmospheric tale of two girls (Beatriz and Carmen Salas) alone at night, fearing a monster beyond the walls of the younger girl’s make-believe castle. It’s extremely well shot, evoking nonspecific fears of childhood, effectively setting up a monster without giving us details. It’s a strong minimalist piece that works on the imagination, and builds nicely to a crescendo of terror.

The Undertaker’s Home (La Funeraria) was written and directed by Mauro Iván Ojeda. It begins, appropriately, with a house, through which the camera glides in the middle of the night. That’s an effective way of showing us a bit about the people who live there: Bernardo (Luis Machín), the aging undertaker; Estela (Celeste Gerez), his young wife; and Irina (Camila Vaccarini), Estela’s daughter by a previous marriage. We also start to get a sense of the uncanny tied to the place. And the next morning there’s a more concrete image of strange goings-on: outside the house, everything to one side of a red line drawn along the ground looks as though a storm had hit. On the house’s side of the line, everything’s normal.

We soon learn that the family is under a kind of siege by the spirits of the dead, which might include the spirit of Irina’s dead father — who Estela claims was physically abusive to her. Irina’s not happy about living under siege, and about the rules the family has to follow. Estela’s not happy either, but wants to stay with Bernardo. Who himself seems to be strangely attracted to one of the invisible spirits. Slowly, we come to understand the strange situation, and the stresses the family’s under. And then new complications emerge, and we are shown that not everything is as we thought, both in the world of the dead and the world of the living family. 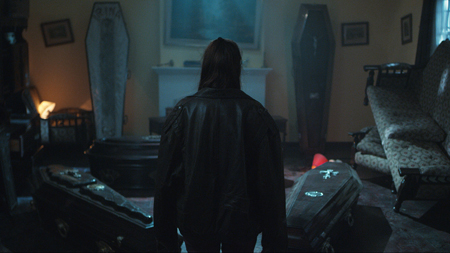 This is an exciting movie to look at, with rich shadows and a well-chosen colour palette. And a detailed location; the movie never moves outside Bernardo’s property, yet never feels limited in scope — partly because its plot is remarkably well-constructed, but maybe even more because of the clutter filling the family’s home. It’s not a typical Victorian-style haunted house with creaking doors and the like, but it is filled with stuff that testifies to lives lived, and it’s large enough with enough small rooms and curious spaces that it holds a distinctive atmosphere.

Even beyond the sense of place, this is a remarkably assured movie. The pacing’s strong; without ever feeling slow it lets small moments happen, allowing us to learn about the people in the film at the same time as we learn about the supernatural. This in turn helps a sense of the uncanny emerge, and the tone of the movie becomes accordingly rich. We get a sense of a spirit-world with rules, but the rules themselves aren’t explained in detail, so they never spoil the kind of potential-rich fear that a good ghost story can inspire: the feeling that the things out there beggar description.

It’s therefore almost a paradox that what really drives the film and makes it work are the characters at the heart of it, and their relationships. Because the three main characters each make sense as a person, and because together they make sense as a family, we relate to them dealing with the spirits as an extension of the way they deal with each other. Each character gets at least one solid, meaningful, adult conversation with each of the others, not just about the spirits but also their life together in general; conversations that are not dominated by panic or even fear. There’s a risk that this could have diminished the otherworldliness of the spirits, but in fact these scenes amplify the strangeness. It becomes easier to relate to the situations of the characters, and the magical world in which they find themselves whether they like it or not. 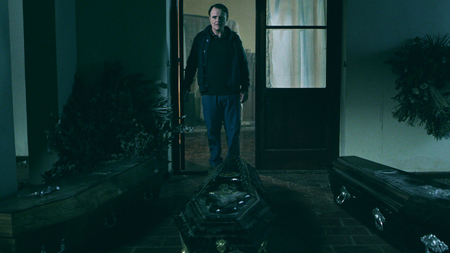 This film is Ojeda’s debut, but he shows a strong grasp of visual storytelling not only in the overtly horrific set-pieces but in the way he builds character. The opening shots in which the camera wanders through the house, for example, sets up an awful lot that we don’t understand in the moment but which pay off later: in particular, an image of a row of trophies gives power to a line much later when Estrela mentions that Irina used to love dancing. And then that idea sets up an elegant climax to the whole film, an emotional character-based resolution to the whole situation with the spirits.

The actors do solid jobs embodying their characters, especially Luis Machín. Bernardo is alternately ominous and hangdog, never actually physically threatening but now and again looming with a grim expression — before another shot shows him weary and sad, a lonely old man. Celeste Gerez has a bit of a trickier task with Estela, who more than the other characters is not exactly what she seems. I’m not sure the nature of Estela’s relationship with her now-dead husband comes across, and by extension Irina’s relationship with him is a little difficult to parse.

That has consequences for the ending, which in general feels a bit more mechanical than the rest of the movie, a bit more rushed. That might be inevitable, given how much has to come together and how much has to be paid off. Still, I thought a few things might have been set up more — particularly Irina’s grandmother, mentioned often through the film, but who becomes a real presence only at the end. A bit of business with a missing key doesn’t quite land right. The last moments play out at night when logic suggests the sun should be up. 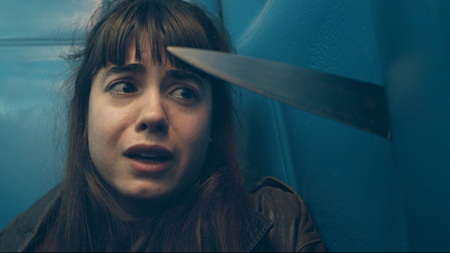 These things are basically trivial, though. Overall, The Undertaker’s Home is a strong and highly imaginative ghost story. The family tensions at its heart propel it forward, and the unstinting supernatural strangeness is deeply satisfying. Both aspects have significant twists around the middle of the film, an understated parallelism that helps unify the story. So the film’s about both living with the dead, and living with the living; about a young girl finding herself, and the mistakes and deceits of her elders. Full of pure genre energy, The Undertaker’s Home delivers much and promises more for Ojeda’s future.