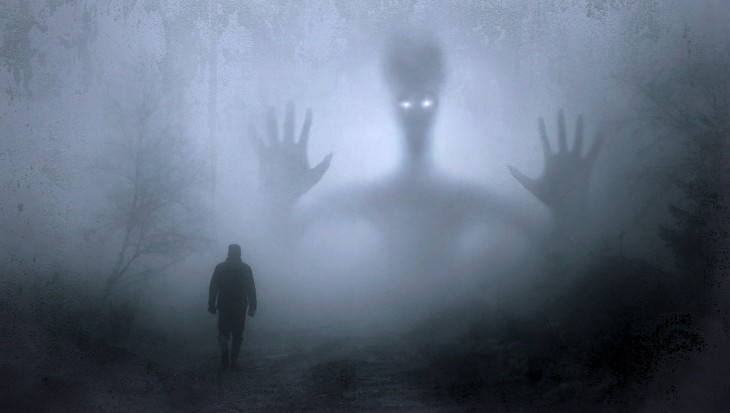 I hope you’re all well, given how everything is still, well, 2020. I’m writing this rather hesitantly, for many reasons (not least of all because I promised at the end of my last post that I would stop publicly obsessing about InuYahsa, and this is the only other topic I had on my list), but I do feel like this is something worth discussing.

I am an unknown author, I’m sure you’re sick of me saying so, and I bemoan the fact a little too often, if I’m honest with myself. Sorry about that. I would love to be widely read and have my books celebrated, hell, even discussed! I mean, obviously. That is the dream of every writer. Yet, I balk at the idea of becoming famous. I don’t ever want to be famous. My books? Sure! Me? Absolutely not. Fame is terrifying, and the thought of being recognized while I’m going about my business on any given day turns my stomach and cranks my anxiety up to eleven. When I hear stories from others about what their life is like after celebrity, the fear sharply intensifies. When I hear stories about what fandoms have done to creators for perceived miss-steps, I want to burn my entire ambition to the ground and retire to the country to embroider and milk cows.

Okay, I would retire to the country to embroider and milk cows… and ride horses… and open a martial arts school… if my books got big and I ever acquired any kind of wealth. That’s kinda my dream. Not the point!

Note: I’m not talking about revealing bigotry as some writers, apparently not having learnt the lessons in their own damned books, have done recently. I’m talking about concluding a story in a way fans find dislikable, or something equally as benign.

From threats to careers, home invasions, and even death threats, fans can be terrifying. 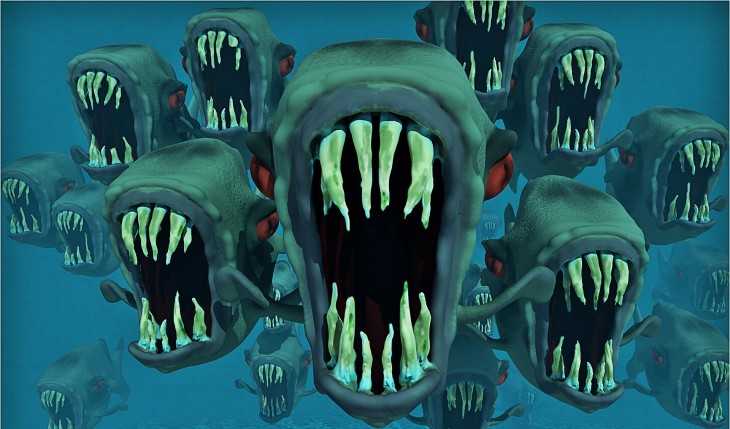 Some fans. Probably. Image by Reimund Bertrams from Pixabay

Every so often, there is a general uproar in various fandoms that make it to the news. Often, it’s about backlash a writer received for something in their stories. Sometimes that backlash is warranted. More often than I would like, it is not. Ownership and entitlement issues take over the discourse, and it becomes a horrifying cesspool of the worst of humanity. Entire panels at conventions have been dedicated to trying to figure out where the ownership of a story belongs.

For my part, I feel that the story belongs to the writer until it is written. Once it is out in the world, then it belongs to the readers. Readers can and should be able to discuss, critique (as harshly as they desire), and even commiserate with one another about things in the stories they read. I think such discourse is healthy and necessary. It was, for example, extremely instructive for me to read the discourse around the problematic representation of BDSM in the smash hit 50 Shades of Gray series. I didn’t like the books myself, barely made it past the first chapter of the first one, but a good number of people in my circles loved them.

However, there is absolutely no way that fans should get to dictate the way a story unravels. They do not get to demand of an author to end the series in the way that is not what the writer envisioned, or what the story demanded of them. Fans have no right to force the inclusion of events that do not ring true for that author or the story they’re trying to tell.

Yet, large clusters of fans believe that it is, in fact their right. Those folks, it seems, are not above threatening to end the careers of the author(s) that displeased them, some even going so far as to send death threats. No example of this sticks in my mind than the threats sent to author Veronica Roth, who displeased fans by killing off her protagonist (bold move. I can respect that), leaving the love interest to deal with that trauma.

While I certainly expected the tears, and the questioning and commiseration that occurred online between fans at this tragic death (lord knows I’ve gotten complaints from readers for the same which, to be perfectly honest, I find more pleasing than scary. It means I made a loveable character. Go me!), there were those who demanded she change it. Those who threatened her career (“Fans made you, we can unmake you,” was one particularly delightful sentiment) and her life were far out of line.

I try to imagine something like that happening to me, and I don’t think I’d deal with it particularly well. It’s a good thing I’m too poor to buy whiskey. My liver will be thanking me. It’s absolutely mortifying! 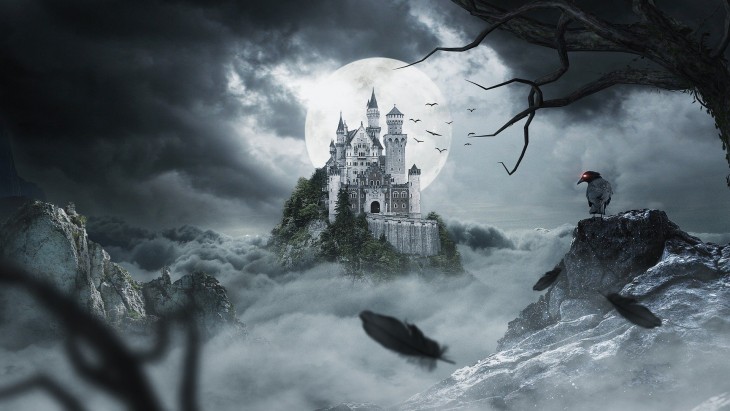 What scares me even more, however, is the idea that someone with too much time and a deeply entrenched sense of entitlement might show up at my door one day. I’ve heard first hand accounts of this happening to YouTubers and other celebrities, and the idea alone is enough to make me hyperventilate. Perhaps my home in the country will be an underground bunker…

This fear is, of course, compounded by gender. I’ve worked my fair share of gigs in retail with overly amorous clientele. I’ve been stalked by blokes who thought that a friendly sales person was actually a flirt. I’ve been hounded by men insistent that I am their future wife and they would treat me so well, if only I could be made to see it. I’ve had some of those men turn aggressive and threatening when I state in no uncertain terms that I am not interested. I’ve lost sleep and had panic attacks (and before anyone decides to explain to me that it’s not that bad, I highly recommend a little site called When Women Refuse).

Fans showing up at my door, even if just for a chat or an autograph, would absolutely trigger all of this nonsense. They would be a thoroughly unwelcome presence in my space. The utter lack of concern they show for a person’s need for privacy and even their mental well-being is frightening. Just thinking about it is making me get clammy.

It appears to be a behavior that is not going away. I saw this on my Facebook feed first thing this morning: 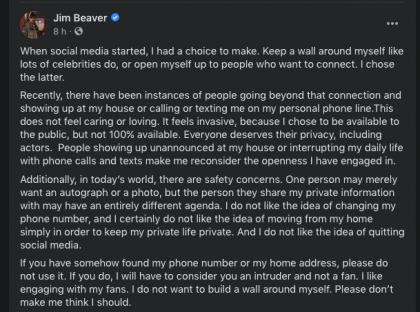 I would move to another country. I hear Bulgaria is beautiful.

Nope. Nope. Nope. Nope. GIANT NOPE-FISH. I wouldn’t be able to deal. I would be mortified, terrified, and incredibly enraged. I would get a kennel full of scary dogs, a moat with sharks… with lasers… A gun turret? I jest. About the moat.

In all seriousness, the idea of becoming famous absolutely makes me gag for all of the above reasons. I cannot stand the thought of my private space and life being so thoroughly threatened and invaded in this way. Just… no.

That puts me in an awkward position, doesn’t it? In order for authors to develop a readership, they have to be willing to put themselves out into the public sphere more than the average person might. There is an expectation of an presence on social media, which can open someone up to all kinds of abuses. A least on my personal blog, I can curate any comments I get and delete and ban as I please. There is also all the touring and meet-ups that authors are (or were, in the before times) expected to perform, particularly if their book has created some pre-publication buzz. Writing may be solitary, but publication is not, and that stresses me out.

I suppose, therefore, my bitterly languishing in obscurity is actually a blessing. Plus, you know, it’s fun to mock.

I want everyone to one day know my name, because it’s on the front cover of excellent books. But I don’t want them to know me – my phone number, my address… It’s an unwinnable fight, I feel. And it feels scary as hell.