The following is an excerpt from Rusty Burke’s essay for Robert E. Howard Changed My Life, an upcoming book from the Rogue Blades Foundation. 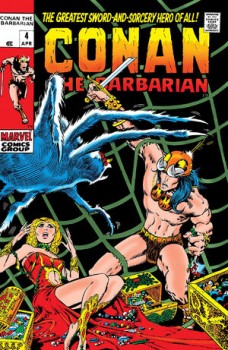 From the cradle to the grave, Life is one long roleplaying game. Every day presents us with new situations that require us to make choices, and those choices, while opening up new opportunities, will generally close off other possibilities. (Unless certain physicists are right, and each possibility opens a new universe. But that’s another essay altogether.) Of course, in Life the game is enormously complex, because each of us is playing many characters, many roles, often juggling several at once, and each of these roles is very interactive, depending to some degree on how other people respond to the character we are playing, and how we respond to theirs. Fortunately, most of us slide in and out of these roles unconsciously: if we had to actually think about what our role in the scene is and how we should play it, I think we would most likely flub our lines.

We don’t always recognize when we’ve come to a crucial decision point, one which will set the course for our future. Spring 1971: I was in college, in a Religious Studies class, and struck up a conversation with a guy who was doodling some great comics in his notebook. As we talked, I casually remarked that I’d given my comics, baseball cards, and other ‘kid stuff’ to my brother. Next class, Charlie Williams tossed a comic onto my desk and said, “Read that and tell me it’s kid stuff.”

It was Conan the Barbarian #4, “The Tower of the Elephant,” and the first page pulled me in. Not only was it my introduction to the work of Robert E. Howard, but Charlie guided me into the whole world of Marvel Comics, which for some reason I had missed. (I read Sgt. Fury and His Howling Commandos during a war comics phase when I was about twelve or thirteen, but somehow managed to be unaware that Marvel did superheroes, as well. I was a DC guy, especially Green Lantern and Batman, all the way. Probably poor distribution to the comics racks at the few stores in my community.)

Fast forward a few years, and Charlie talks me into joining him in opening a specialty comics shop, the first in Knoxville. That brings me into contact with fans of comics, science fiction, and fantasy. I knew a few people who shared my interest in these things, but didn’t know about ‘fandom’ as a thing. Soon Charlie and I were traveling to conventions around the South, and I was being led into writing and drawing for amateur press associations. At one convention, I ran into a couple of guys who knew me from the comics shop, and they told me about the Robert E. Howard United Press Association (REHupa). I joined up and am a member still.

One of those gents, Vern Clark, became a good friend, and for a while a housemate, and he possessed an extraordinary library of weird fiction and extensive knowledge of that field, to which he gave me ready access and, through our lengthy discussions, greatly contributed to my education in weird fiction, the pulps, fantasy, and in particular Robert E. Howard. 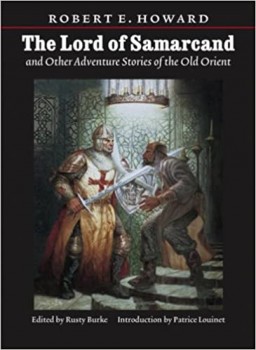 Now, during the ten years between my introduction to the Conan comic and my entry into REHupa, I was simply a fan of Conan. I’d picked up the Lancer Books volume of Kull stories as well, but the great majority of Howard’s work was still unknown to me. Vern changed that, pressing into my hands everything that had been published of Howard’s work up to that point. Perhaps most importantly, he was able to provide me with information about Howard himself which helped with some nagging doubts I’d had.

During these years of my fandom, I had worked with adolescents in a psychiatric hospital, and been a social worker for a children’s shelter, so I had at least a bit of understanding of adolescent psychology. In reading the introductions to the Lancer volumes of Conan, I had been struck by what seemed to me a disconnect between the descriptions of the author and the stories themselves.

It struck me as very odd that a sheltered mama’s boy, an untutored youngster who was just churning out pulp stories hastily, without any attempt to polish them, so depressive that when his mother was dying he decided he could not live without her and shot himself—the then-standard depictions of Howard—how in the world, I wondered, could that person have written these powerful, compelling stories? For, let’s be clear, these were not mere adolescent wish-fulfillment fantasies, but gripping adventure tales that displayed real insight into human behavior and history.

Thanks to Vern, and to other members of REHupa, I was able to read accounts of Howard from people who actually knew him, like Tevis Clyde Smith, Jr., and Harold Preece, and critical articles about his work that took it seriously and shared valuable insights. I began taking an active interest in Robert E. Howard, the man, as well as his work.

Rusty Burke has been championing Robert E. Howard and his works for many years. Series editor for the Wandering Star/Del Rey Robert E. Howard Library and for the Bison Books Howard titles, he has edited and annotated volumes of Howard’s letters, and was founding editor of The Dark Man: The Journal of Robert E. Howard Studies. He is the author of numerous critical and biographical essays on Howard and has compiled a number of reference works for scholars. He currently serves as Chairman and President of the Robert E. Howard Foundation. Rusty and his wife Shelly live in Washington, D.C.